Search the internet for the rarest console game in the world, you’ll be bombarded with hundreds of listicles with several different names arranged in slightly different orders. But there are few names that are common in most of them, placed at least in the top three, such as Air Raid and Stadium Events. However, an eBay listing claims otherwise and states a 1983 video game from Canada as one of the rarest games in existing, asking an eye-watering $90,000 for it. Named Extra Terrestrials, not to be confused with the famous Atari game E.T. the Extra Terrestrial, was created in 1984 by 4 game developers, Tom, Peter and Maitland Banting, and Herman Quast from Burlington, Canada. The self-published game was a knock-off of the original and came right after the video game crash of 1984. The creators were hoping to cash in on the Atari craze and the continuing hype around the E.T. movie. 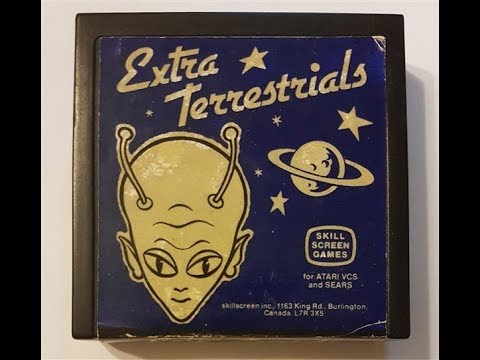 Less than 100 copies of the game were created and sold door to door in the area. The eBay seller ‘gamewizard69’ claims to be “the only confirmed private owner of this game right now.” The game remained mostly unknown till a copy of the game found its way to the PC Museum in Ontario, which now has three of the game’s original run of cartridges. The listing is for the cartridge only, without the box, manual or other supplementary material and it is advertised to be in “acceptable condition.” It is stored in a specially-made Lucite case. Despite its backstory, the knockoff game is like most of the garbage that flooded the market back in those days and the $90,000 asking price is obnoxious. It would be a surprise if it finds any buyers.

Tags from the story
Games, Video-Games