You can now unleash your inner Ariel at a mermaid workout class designed to be as fun as it is effective. Swimming –as anyone will tell you- is a great total body workout but this class gives it a fun and magical spin with the addition of “fishtails” to wear over your legs. The classes are devised and launched by Hotels.com and will be offered at three luxury hotels in Spain, Japan, and Mexico, from September. The idea was developed after the hotel booking company found that people loved dressing up and would be more likely to try a mermaid-themed workout at a hotel rather than hot yoga or Barre.


During the classes, a “professional mermaid” or instructor will be on hand to guide you through exercises and underwater moves to give your muscles a real workout. Don’t be fooled by how easy it looks, with movement in your legs being restricted by the tailfin, you’ll have to learn new ways to swim and move in the water. 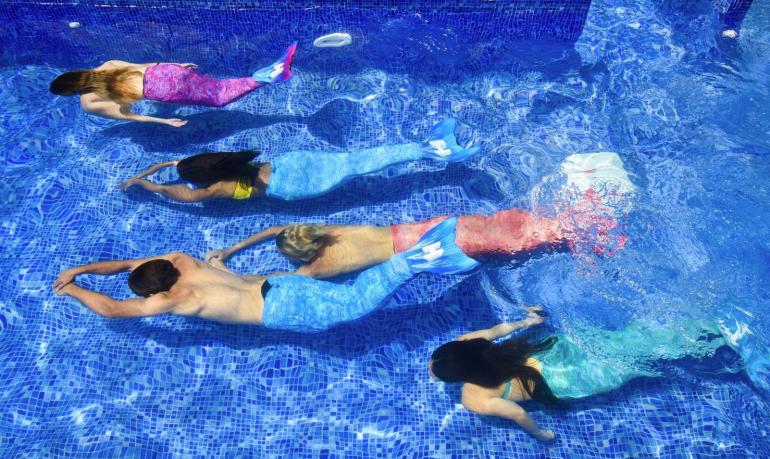 These “mermazing” classes will be held at the Zafiro Palace Palmanova hotel in Mallorca from September 20th-22nd, the Kanucha Bay Hotel & Villas in Okinawa, Japan from September 17th-21st, and the Camino Real Polanco Mexico in Mexico City on September 1st, 8th, 15th, and 22nd.

Tags from the story
Fitness