Looking for a unique gift for your special someone this festive season? A rare Diplodocus Skeleton is up for grabs at an auction in Billinghurst, West Sussex. The one-of-a-kind present is expected to sell for between $ 650,500 and $ 980,000. Auctioneer James Ryland believes that the skeleton will have takers from the Far East and the Middle East. 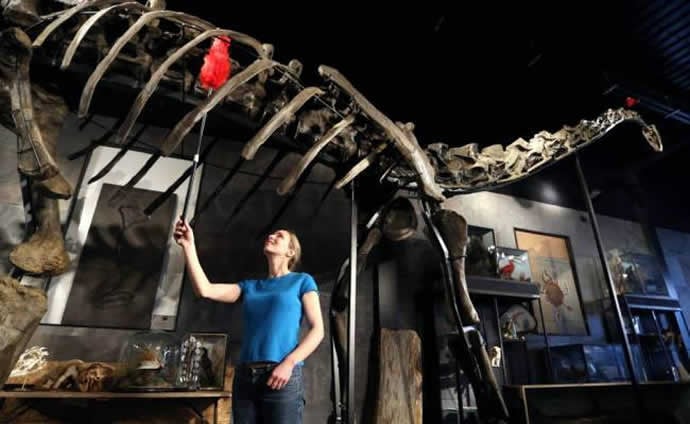 Discovered by German palaeontologist Raimund Albersdoerfer in Wyoming and reconstructed in a Dutch city called Rotterdam, the skeleton –named Misty- is made up of around 100 bones and is one of just 6 Diplodocus skeletons in the world making it the very epitome of exclusive gifts. 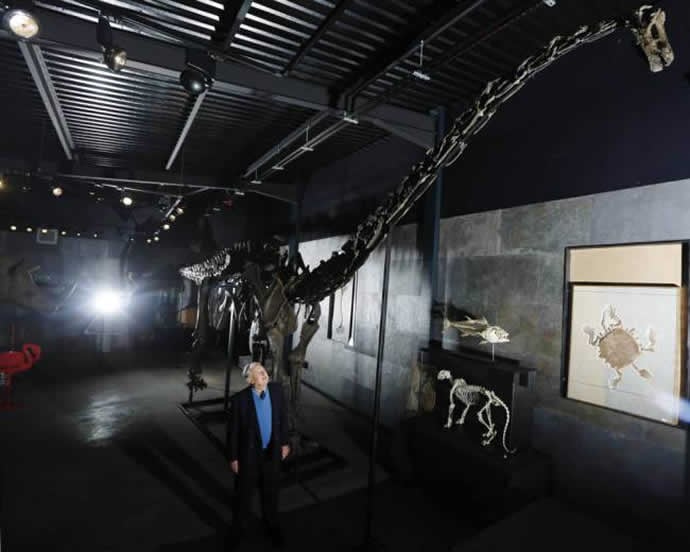 While your loved one may not know where to place this 60-foot relic, Auctioneers suggest that it would make a great talking point as the centerpiece in a shopping center or an exceptional attraction in the atrium of a hotel. The skeleton is fixed to a metal armature and can easily be assembled and dissembled at will, making it viable as the visitor focus in a public hall. 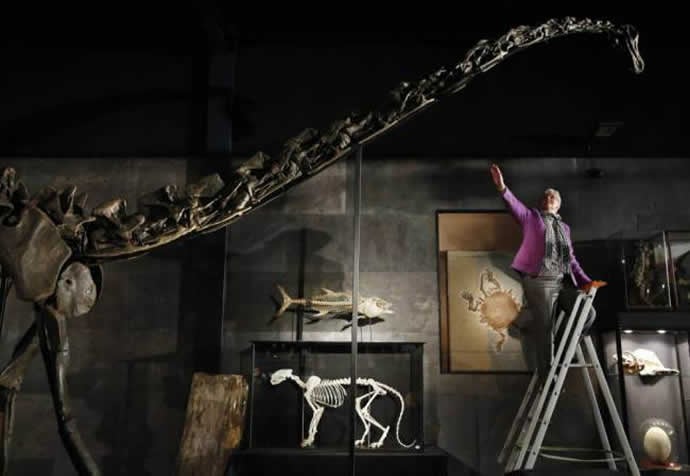 Auction curator Errol Fullers point that luxury collector’s cars sell for as much as $ 27 million, and therefore $980000 is practically a bargain price for this spectacular piece of history. So add a bit of Jurassic chic to your significant other’s home with Misty- the biggest, coolest prehistoric pet around!

Tags from the story
Gift