With the popularity of Game of Thrones soaring to new levels breaking all the previous television records, an unusual effect of the fantasy TV series has been that the love affair for dragons is no longer restricted to the Far East. If you are a die-hard fan of the show like millions of others across the world and want your own flying, flame-throwing dragon like Daenerys Targaryen, it’s a good time to visit the Hammacher Schlemmer website which is selling an actual fully functioning, propane-flame-breathing, remote-controlled dragon. Priced for a mere $60,000 per dragon, this might just be the perfect gift you can buy for yourself before the brand new season premieres next month.

Created by Rick Hamel, this awesome RC dragon can hit a top speed of 70mph while flying thanks to the miniature turbine engine built into the beast’s chest with a thrust that exits the rear at 500 mph, and uses 1/2 gallon of jet aircraft fuel or kerosene for 10 minute flights. On ground, the dragon can throw flame from a concealed propane tank and igniter built into its toothy maw. It weighs 40lbs and has a wing span of 9 feet. Other features include a turning head and menacing glowing red eyes. 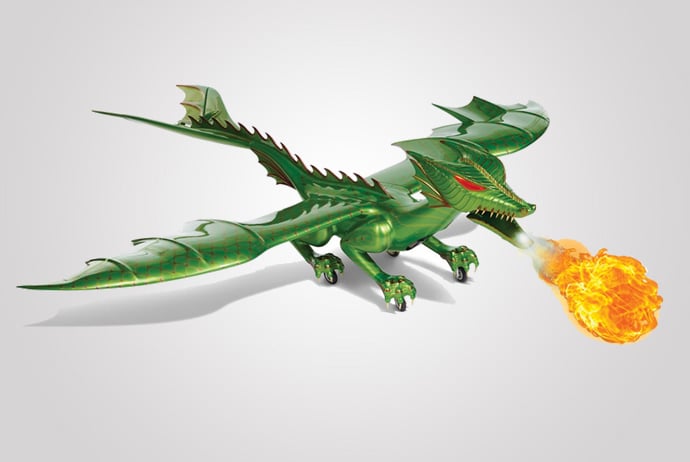 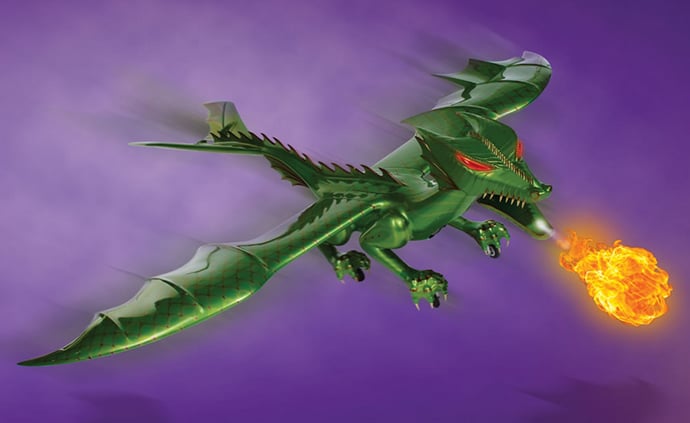