For those who long for a life on the high seas, we too are joining the club if it means spending all our days on something as awesome as Officina Armare Aquanaut Catamaran. In collaboration with U-Boat Worx, Officina Armare Design launched a new 60-foot catamaran known as project Aquanaut. This multihull luxury speeder derives its inspiration from an SUV and replicates its dependable features like stability, sense of exploration, and ample storage for the toys. Speaking of storage, there is a sizeable area dedicated to holding a variety of toys and diving gear, such as surfboards, Seabobs, watertoys, and a Nemo Submarine. The incredible Nemo submarine can take two passengers down to depths of up to 330 feet at a top speed of 3 knots while underwater. The underwater world can be enjoyed for as long as eight hours before returning to base becomes essential. The submarine may carry two people but the catamaran can house up to 12 guests who can have the time of their lives aboard this catamaran that features a large deck, a well-appointed galley, bar, and al fresco dining areas situated on both the aft deck and foredeck. Aquanaut catamaran offers up everything you’d need for a true adventure in the open seas including sunbeds, a Jacuzzi, and a seamless sunbathing area. The large platform on the back for the submarine doubles up as a launch pad for the submarine that is fitted with hydraulics that can lower down the underwater craft and also be used as a large party area for get-togethers. 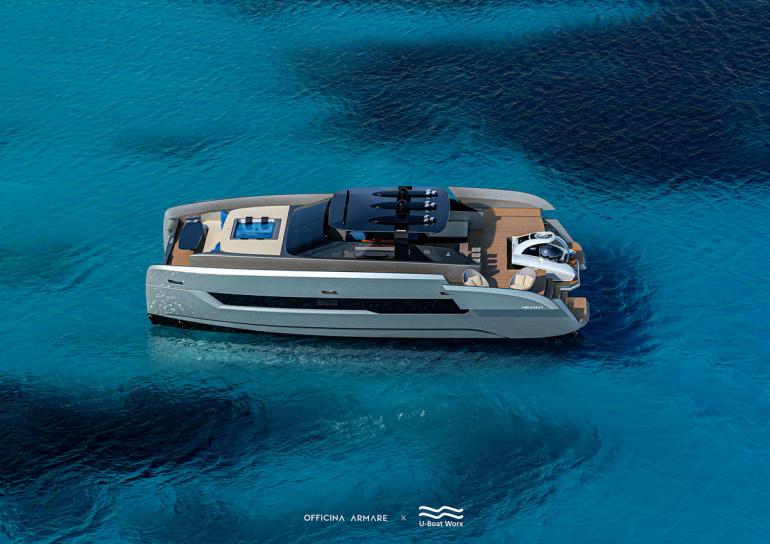 The speedster is equipped with a pair of 8,00o hp Volvo Penta IPS 1050 engines. This propulsion combined with her deep-V hull allows the vessel to reach an impressive top speed of 45 knots or a cruising speed of roughly 30 knots. Aquanaut will be built to order by Licia Yachts and is listed for sale with Worth Avenue Yachts for a cool $4.26 million. 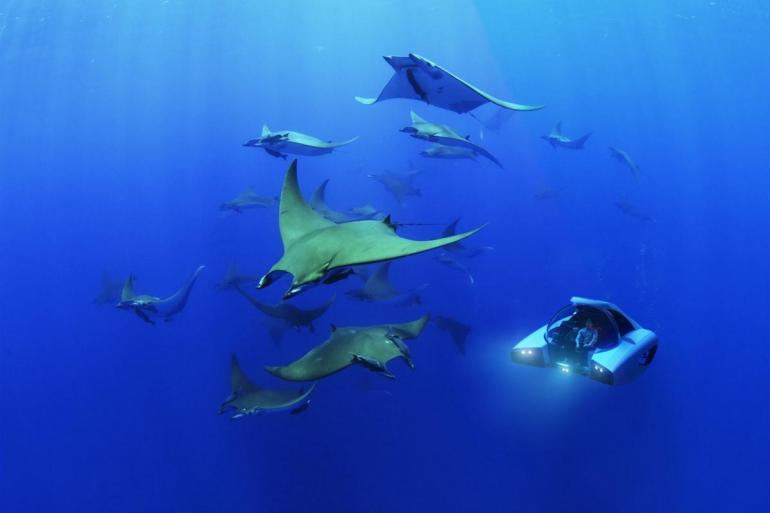 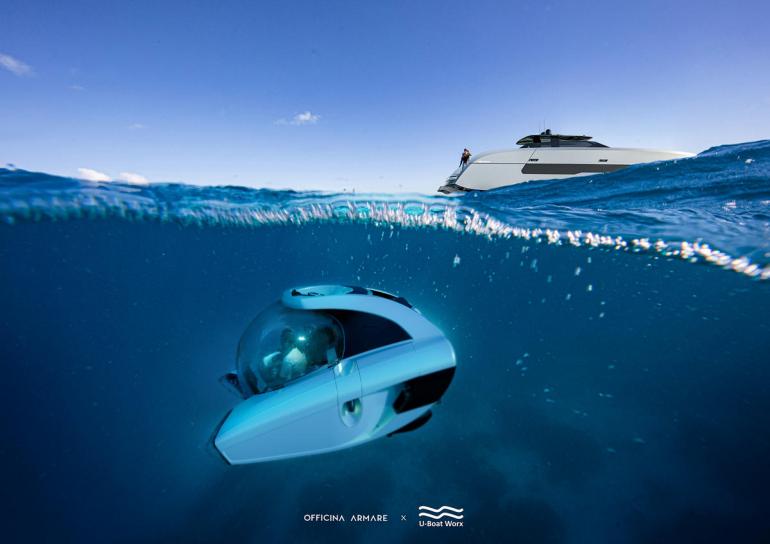 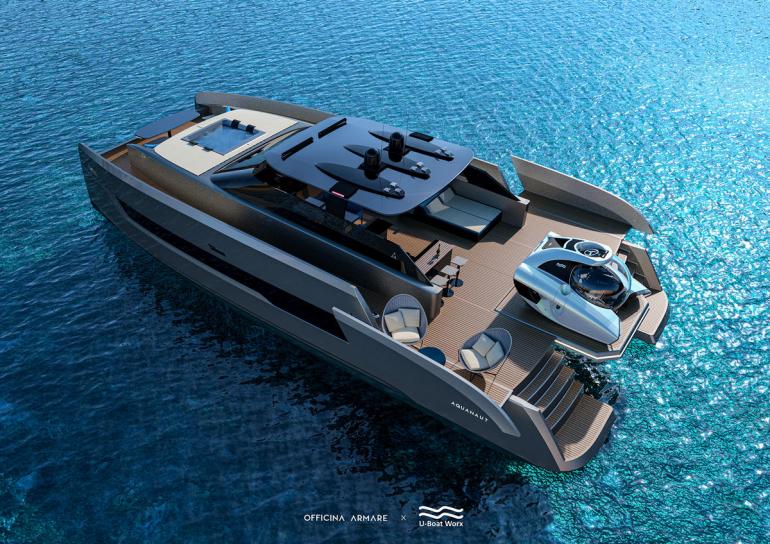 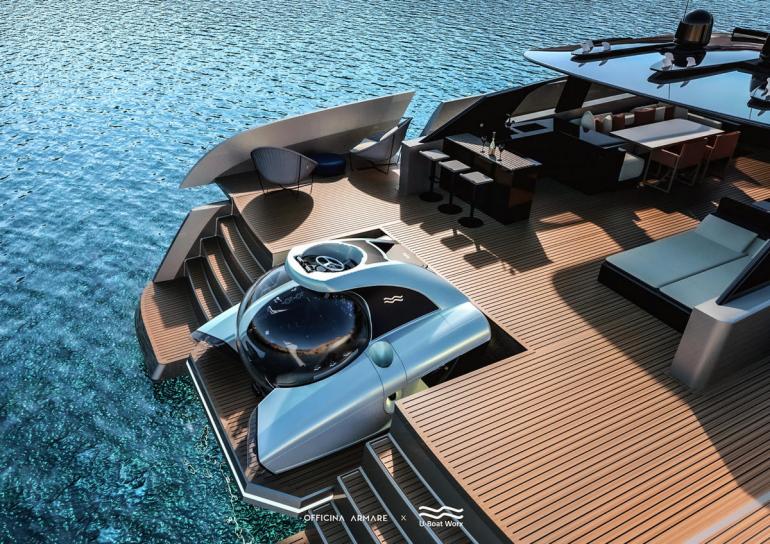 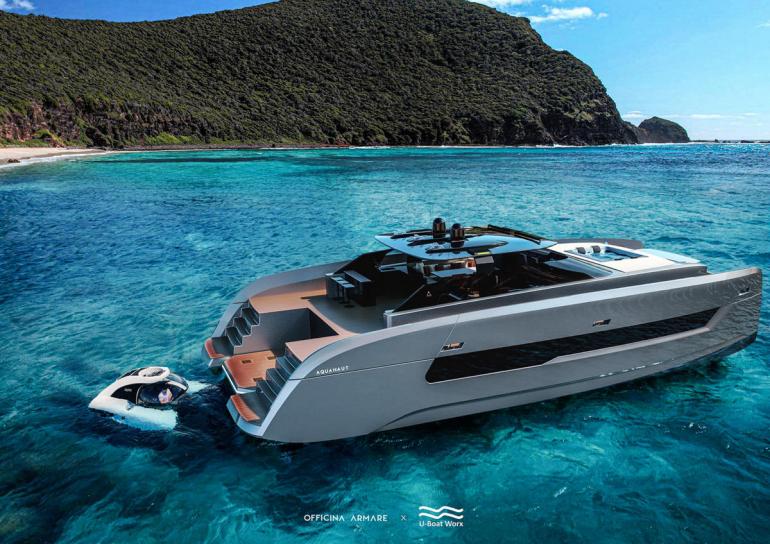 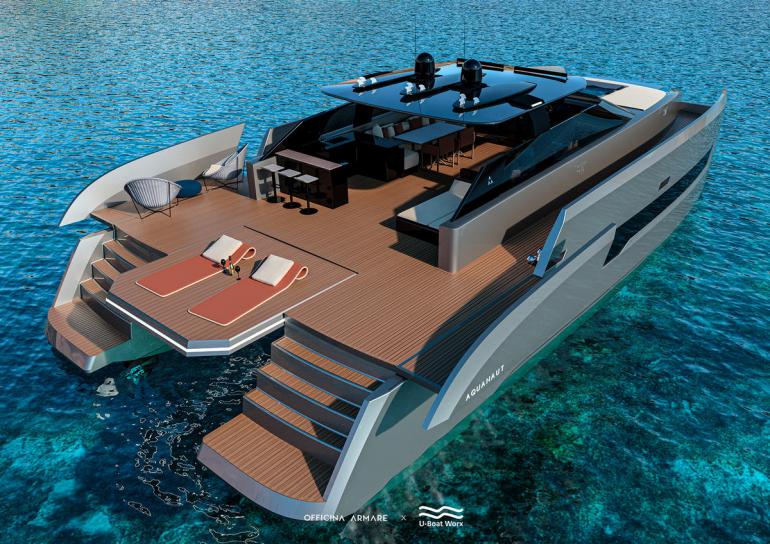 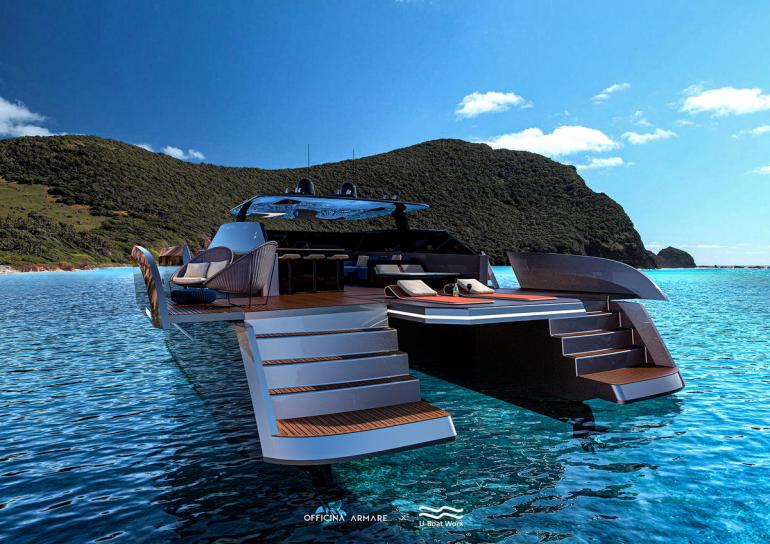 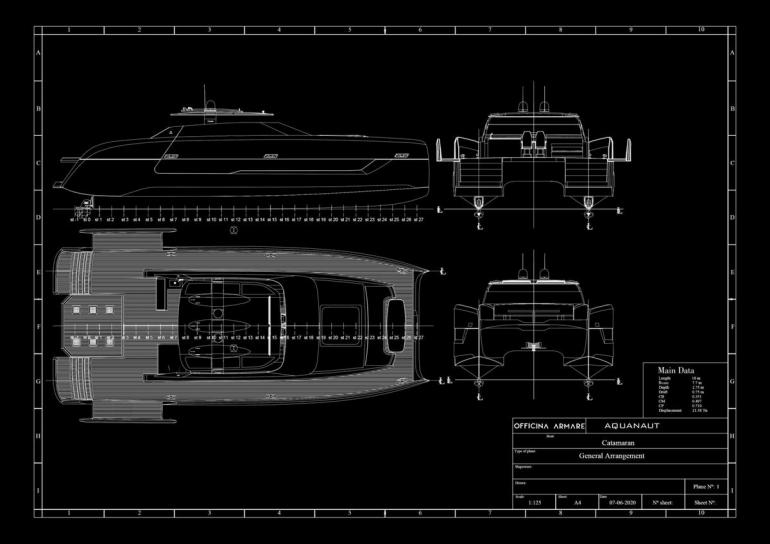 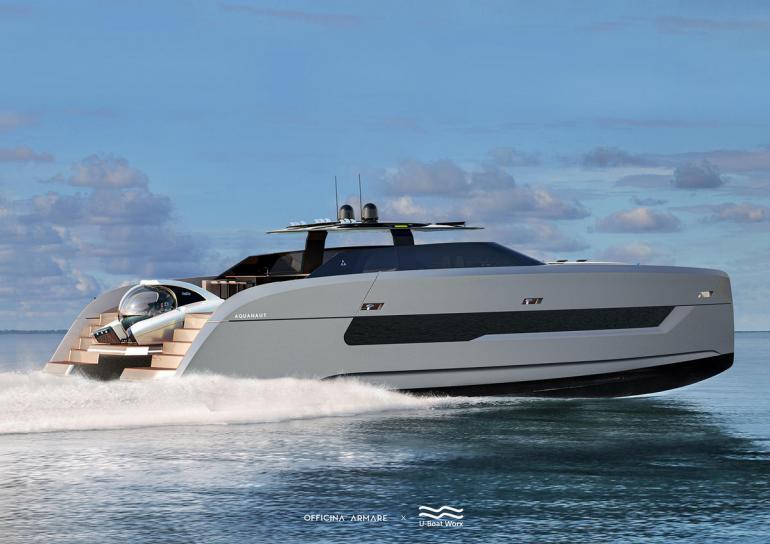 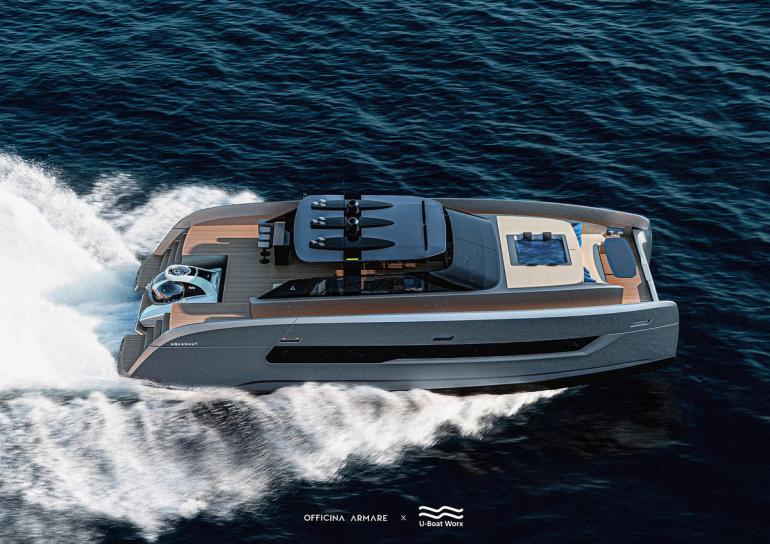