It was in the year 2008 that Gwyneth Paltrow, the acclaimed movie star launched Goop as a newsletter. A year later, it had a commendable database of around 150,000 subscribers and for a few years, it simply disseminated information on various beauty brands and lifestyle ideas. But by 2014 or so, it delved head-on into building its umbrella brand- Goop and began its new journey by selling vitamins and beauty products.

A play on Gwyneth Paltrow’s initials, Goop the brand was created to sell a unique range of alternative products which ranged from infrared workout mats to wellness tracking rings, from women’s intimate products to sex toys. It eventually morphed into a retail platform with an online as well as an offline, brick-and-mortar presence and also had various store-in-store pop-ups in LA and NYC. Moreover, it curated and sold everything under the sun from other brands as well; shoes, clothes, jewelry, and so on. It spread its wings far and wide and cleverly partnered with giant websites like Net a porter (with who it celebrated one of its annual Hamptons dinners) and Netflix (released Goop Lab – a docu-series in 2020)

Despite its commendable growth trajectory, Goop has often been caught up in scandals. It has become a tabloid favorite and also slammed by many health professionals for disseminating incorrect information.

Here are some of if its rather ‘unconventional’ controversies – 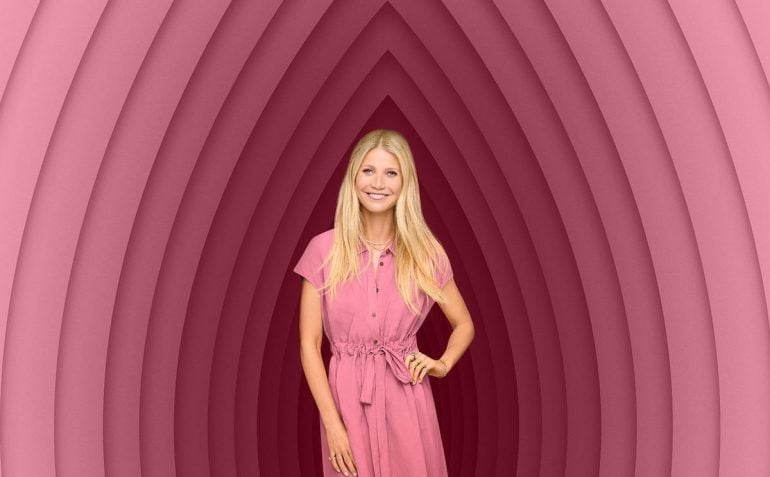 1 – Vaginal Steams
One of Goop’s almost dangerous promotions was “V-Steams” therapy which Goop claimed aided in cleaning and hormone balancing. This was rebuffed by Pittsburgh ob-gyn Draion Burch, MD, who told LiveScience that “there’s no scientific evidence backing vaginal steaming as a cleaning procedure”. This ludicrous therapy was also potentially dangerous and it’s shocking that it was promoted by Goop without the backing of any real scientific data! 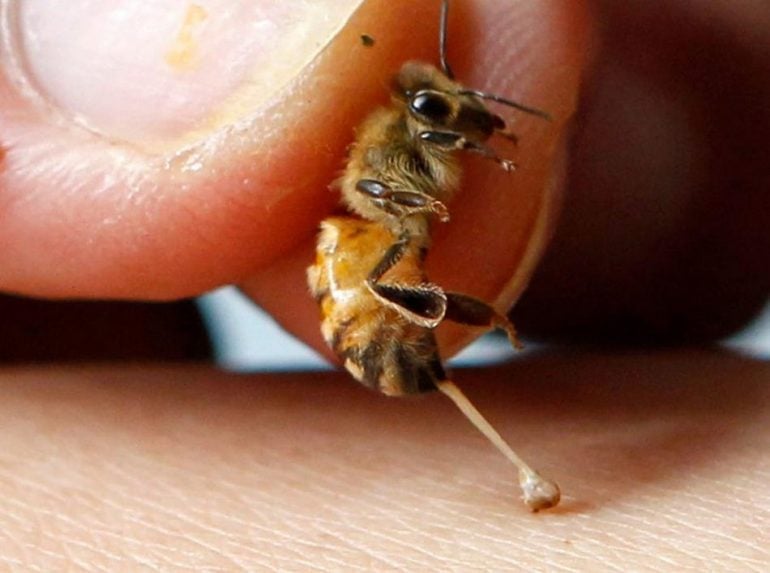 2 – Apitherapy
Goop once touted ‘bee- sting therapy’ as an answer to healing body aches. The procedure entailed undergoing a painful bee sting as the venom which seeped into the body was restorative and Paltrow herself advocated it claiming to be a keen user of this therapy. Again, specialists like the Vice President of the board of the American Academy of Pain, W. Clay Jackson “ reprimanded Goop for promoting this unsubstituted procedure and that using bee venom can be an extremely dangerous practice for some people and the venom has even been known to cause hemorrhagic strokes “. Even BBC questioned Goop for its carelessness.

3 – Goop-lab and Netflix
Goop recently received flak for its 6 part docu-series on Netflix- the Goop Lab which was released in 2020. True to Goop form, the series showcased extreme content in the guise of alternative therapies. They explored vulvas and psychedelic trips on screen with an episode dedicated to the usage of MDMA drug to cure PTSD and another one deep dived into female pleasure. The participants of the rituals included Elise Loehnen, the content head of the series, and Paltrow herself. Goop firmly stood its ground and continued to advocate looking beyond mainstream remedies for improving mental and physical health.

However, many critics have called the show “pseudoscience-y,” “blasphemous,” and “an embarrassment to the medical community.” 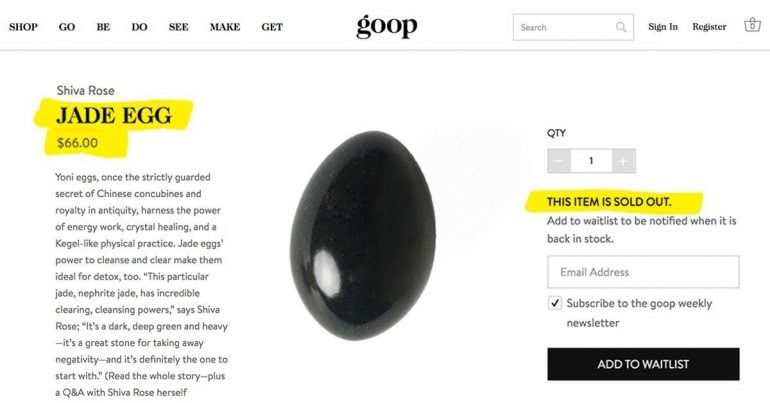 4 – Vaginal eggs
The Great Jade Egg Fiasco of 2017 is one of the best-known controversies of Goop. It launched these $66 jade eggs which they claimed to be a breakthrough in the ‘feminine energy’ space and could even regulate menstrual cycles and hormones. At this steep price and with no medical backing, Goop faced legal action brought by California’s consumer protection office and they had to shell out $145,000 as fines. 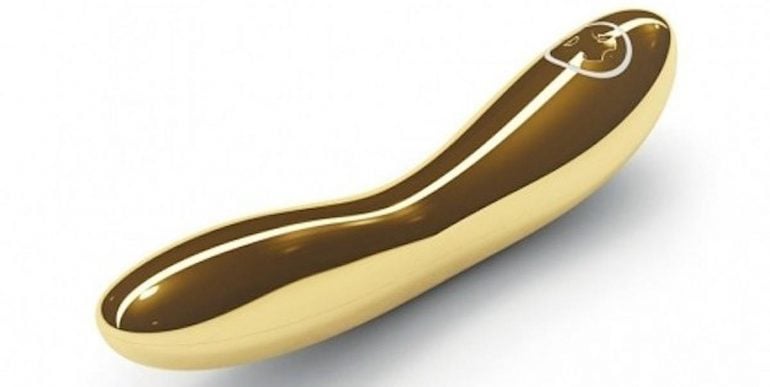 5 – Out of touch with reality
Paltrow and Goop are synonymous with aspirational choices and endorsement of high-end products, Hollywood lifestyles, and ultra-lavish daily items ($700 pajamas and such). The collaborations with luxury brands and big celebrities like DVF and Stella McCartney are all well are good but when a recommendation of a $15,000, 24-karat gold sex toy from Lelo in 2016 was made, it was scorned at and critics again commented on Goop’s warped sense of reality 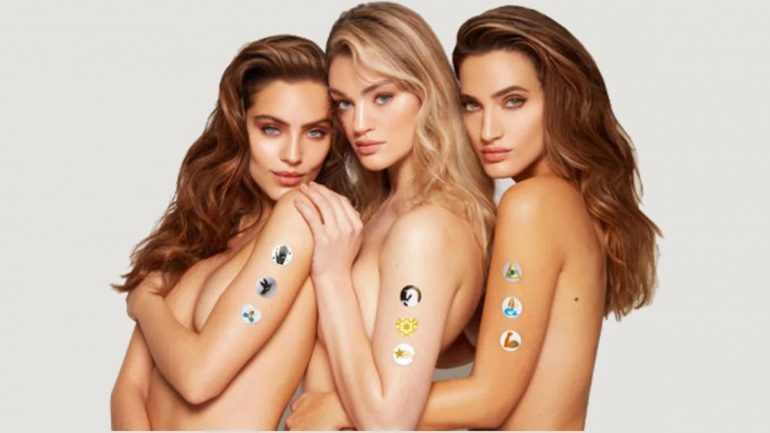 6 – NASA and the ‘Body Vibes’ wearable stickers
A rare name to be heard in the lifestyle industry, NASA also got caught up in an outlandish claim in 2017. Goop launched body stickers which were meant to be worn close to the heart and “helped fill in the deficiencies in your reserves, creating a calming effect, smoothing out both physical tension and anxiety” and eventually balance energy frequency. At “$60 per pack, it was made with the same conductive carbon material NASA uses to line space suits so they can monitor an astronaut’s vitals during wear stickers”

NASA invalidated this claim immediately calling the stickers a scam and further dismissed it by reiterating that carbon materials line their suits but the current suits don’t even have carbon fibers. 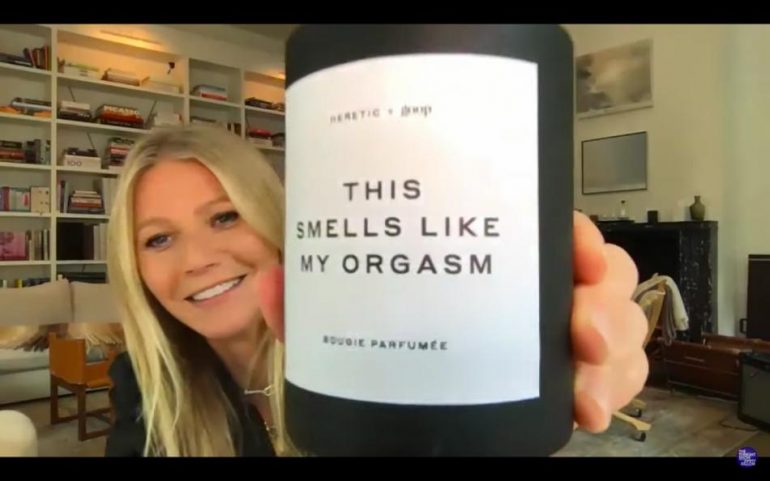 7 – The Vagina candle
For me, the most outrageous, offensive, and downright gross launch in their otherwise fabulously fragrant candle kitty was of the ‘ This smells like my vagina’ candle. At $75 a piece, this best-seller variant made a mockery of women and Goop stooped too low by indulging in this kind of cheap gimmickry. Yes of course the shock value of this candle resulted in great sales but in my opinion, tainted a brand which stood for superlative, high end products

I am enamored and bemused in equal measures at some of the listings of the Goop products as well as some of the grandiose events connected to it. It seems to me that it is a tad bit removed from reality, in terms of its recommendations and takes quite a few liberties with its launches.

Based on the list, it almost seems that these ‘blunders’ were done by design and not by chance as we all know, no publicity is bad publicity. But that’s anyone’s guess and in the meanwhile, Paltrow with her very successful venture Goop (valued at $250 million approximately in 2020) has her clients eating out of her hand and waiting for more scandalous launches in the coming years.

Tags from the story
Goop, Gwyneth-Paltrow