Mech lovers rejoice, Suidobashi Heavy Industry, a company in Japan has just built what we can only describe as a fully functional, super cool looking mech suit of armor called the Kuratas. Just in case you’re wondering, it’s not a prototype nor is it a concept, it’s good to go and already available on Amazon Japan.

Built to run on a wheels placed at the bottom of its four legs, the design looks like something straight out of Robocop, like a prototype of the ED-209 crossed between the Exo-suit from Avatar and a Gundham Galaxy mech suit. So yes, it’s pretty awesome… sort of. Complete with face tracking, smartphone connectivity, and other nifty technology running on its specialized OS, the Kuratas is capable of doing quite a bit. Check out the instruction video below for more details. 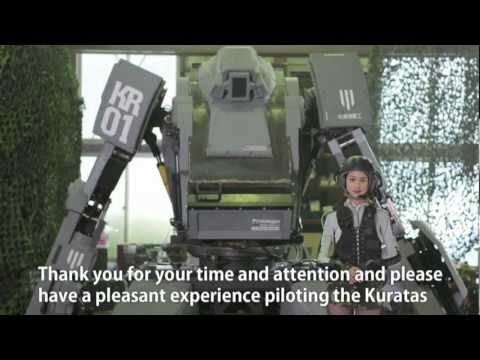 Now here are the scary parts –
Although it’s manually controlled, there’s no worry about it going rogue on you so that’s good. But that being said, when the term ‘Weapons System’ is used in conjunction with a robot, my mind starts to waver. Let’s just face facts, the ‘non-lethal’, ‘safe for humans’ weapons that have been showcased, could very easily be swapped out for those of the lethal kind. Am I right? How long will it be before that happens to this commercially available exo-suit? And don’t forget, it’s advertised as a Kit, as in some assembly required, as in someone with a robotics background can easily modify. 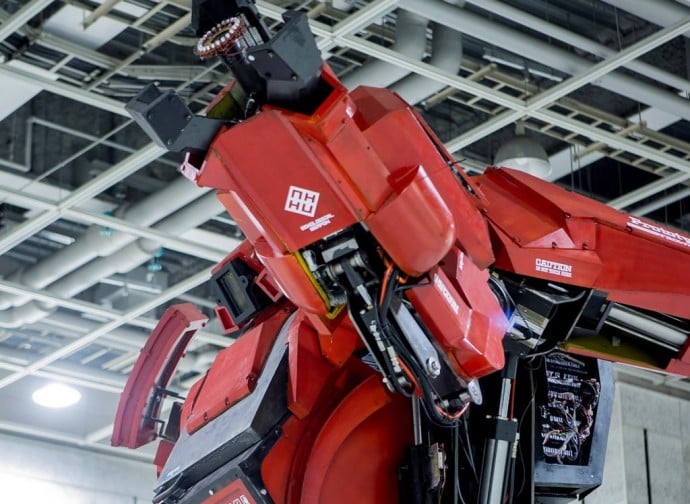 Secondly, the fact that the instruction video says that if you smell something burning or smoking to get out and get as far away from the suit as possible before it explodes; that has me worried too. I mean this thing could just explode if something shorts out?

Next, like with every other innovation to make it out of a garage, studio, robot-suit kit making factory, pottery houses, car manufacturers, Dog collar makers etc. etc. it’s all hooked up to your smartphone. What if I’m in the machine and it’s wirelessly hijacked from a smartphone to perform devious acts?

And finally, a Smile activates the Gatling gun?! Really? I mean has this been designed and developed by some evil super villain who would be sitting snugly inside the cockpit, with the light of the display casting ominous shadows across his scarred face, laughing manically as he ruthlessly guns down his “enemies”.? This is probably the scariest function of all!!! And kind of sadistic!

The price for this the Kuratas is just 120 million yen (over $1 million). So far there’s just the one in existence. It’s available only to the Kanto region of Japan. Weirdly though, the main kit doesn’t ship with the arms as those need to be separately purchased (?????). Shipping for this over 5 ton package is listed as 350 yen which is less than $3. I’m sure a couple of zeros have been missed out. Unless this is all some seriously elaborate joke, I’m starting to get really afraid.