Dubai and expensive things go hand-in-hand. Amongst those expensive things, the one that features almost regularly are number plates. As per Arab News, a three-digit vehicle registration plate has sold for a whopping $9.5 million at a charity auction in Dubai. Plate number A88 was sold at the ‘Most Noble Numbers’ charity auction, where the three other unique plate numbers up for grabs — F55, V66, and Y66 — sold for $1.08 million, $1.08 million, and $1.03 million, respectively. Proceeds will support the One Billion Meals initiative to provide food to the poor. 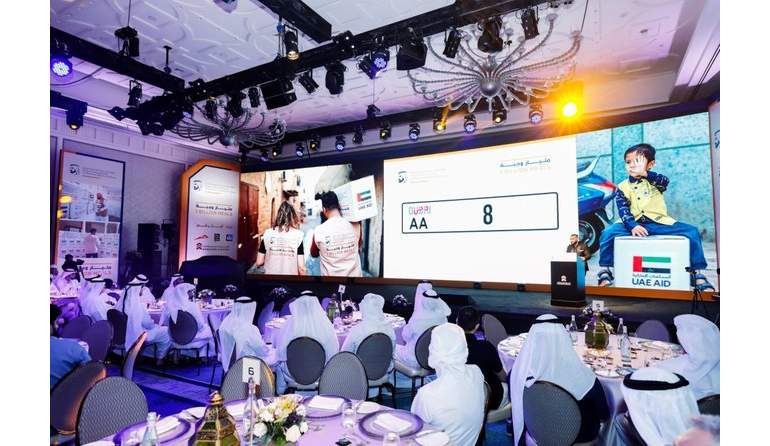 And this auction managed to accumulate a fantastic total of $14.4 million. Not just number plates, even a mobile number 054 999 9999 sold for $1.4 million (5 million dirhams). Earlier this year, Abu Sabah, aka Balvinder Sahni, one of Dubai’s many millionaires, bought the most expensive number plate for $9 million after being turned away from a hotel since his number plate wasn’t fancy enough. According to Alarabiya News, the One Billion Meals initiative was started by the Mohammed bin Rashid Al Maktoum Global Initiatives project in coordination with the United Nations World Food Program, the Food Banking Regional Network, the Mohammed bin Rashid Al Maktoum Humanitarian and Charity Establishment, the United Nations High Commissioner for Refugees (UNHCR), and the UAE Food Bank along with other local charities.

With this auction, the initiative aims to provide one billion meals for impoverished people in line with UN sustainability goals to eradicate hunger by 2030.