Luxury goods conglomerate LVMH continues to spread its Parisian chic, this time by opening the grand and very upscale L’Avenue mall in West Shanghai. A joint venture between LVMH’s real estate arm L Real Estate and Hong Kong real estate developer Stanley Ho, L’Avenue houses the biggest names in the LVMH posse, such as Louis Vuitton, Dior, Fendi, Bulgari, Celine, Loewe, and Tag Heuer, among others. Luxury brands outside of the group haven’t resisted the ‘Haute charms either, and the mall expects to welcome Ermenegildo Zegna, Ferragamo, Burberry, and Prada very soon. And after announcing plans of reconquering the Chinese market, Ralph Lauren has made an eyeball-grabbing re-entry with its L’Avenue store, touted to be its best in China. No deja vu here as LVMH arch-rivals Chanel and Hermes continue to keep a safe distance. 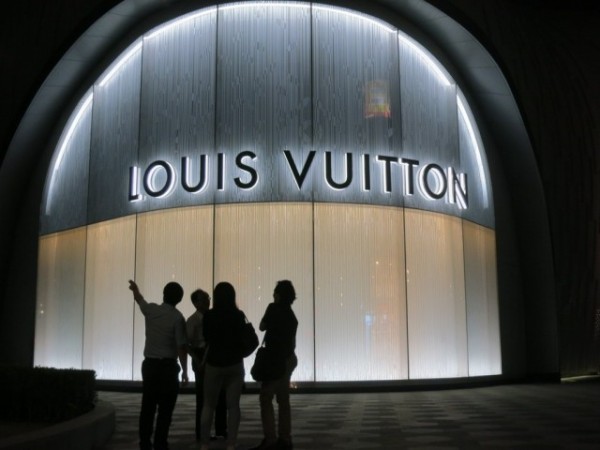 Clearly, a mecca for designer-label loyalists, L’Avenue possesses an exterior that is an assortment of astute archways and facades, with sunlight washing over the jaw-dropping mammoth structure by day. By night, however, this interplay of nature with the man-made aesthetic is replaced with a dance of gleaming neon lights, which, going by the latest luxury trend reports, falls right in line with all things Skyscraper and Shanghai. 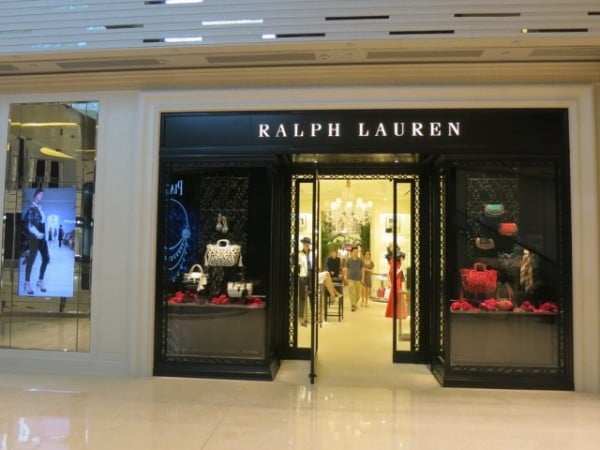 The L’Avenue interiors are said to be one of the best designed in China and are inarguably curiosity generating for reasons other than their extravagant plushness. The cavernous ground floor not only poses a warm welcome to guests but in a change of tack from many other luxury mall developments, the top brands, including Louis Vuitton, Zegna, and Ralph Lauren, have developed a duplex concept, consisting of ground plus basement level (instead of the more common ground plus second level multi-story stores). 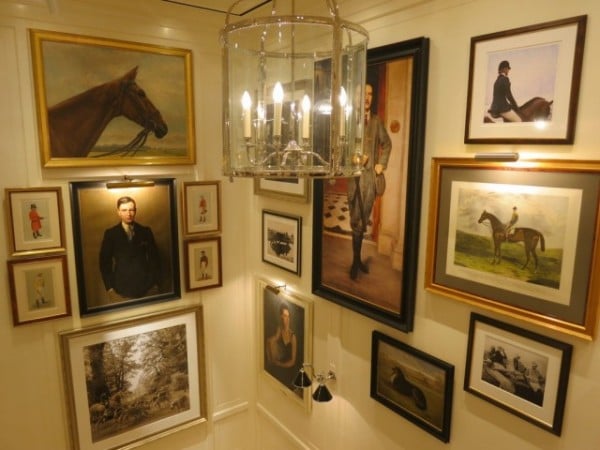 It is a well-known fact that brands worldwide have experienced lower productivity on upper floors of stores due to a lesser footfall owing to distance, perhaps (or laziness even though the “elevator” concept is a better-known facet of the mall- facts). So it doesn’t come without some wonder if people (or perhaps just Chinese) are psychologically more willing to go downstairs than up, thus making these L’Avenue duplex stores more productive in their below-ground selling areas. As for the previously established plight of the upper stories, the terracing between floors in L’Avenue gives the internal facades of brands on upper floors plenty of exposure to circulating customers. 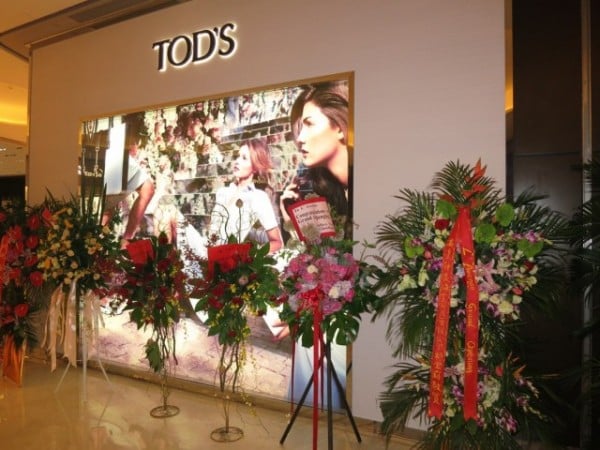 Exterior and interior marvels aside, the L’Avenue is privy to a fantastic neighbor, too, in the form of Hongqiao Park that sits directly adjacent to the mall. The park offers lively aftermath to any shopping spree, with residents transforming the park into the neighborhood disco/exercise ground with thumping Chinese techno music to end the night too. 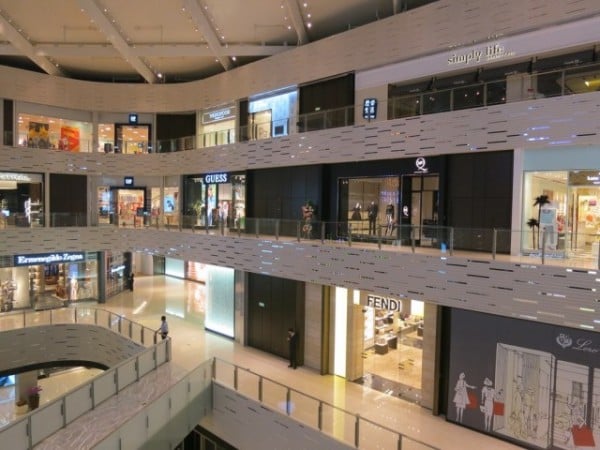 With options galore, the L’Avenue experience seems to be nothing short of a modern-day fashion fairyland where the wealthy Chinese (and hopefully the rest of us) can go and, with a swish of our credit cards, watch the fairy tale come alive. 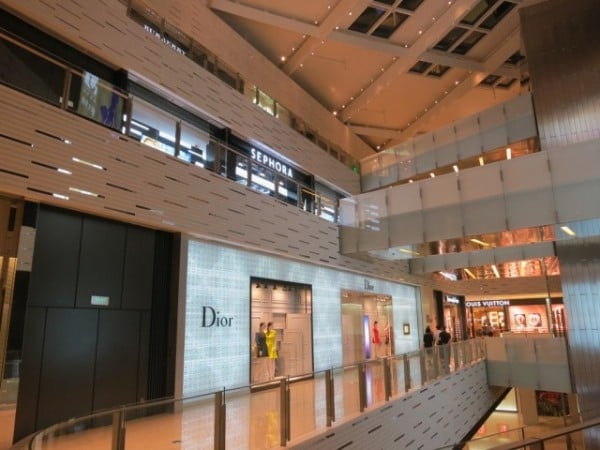 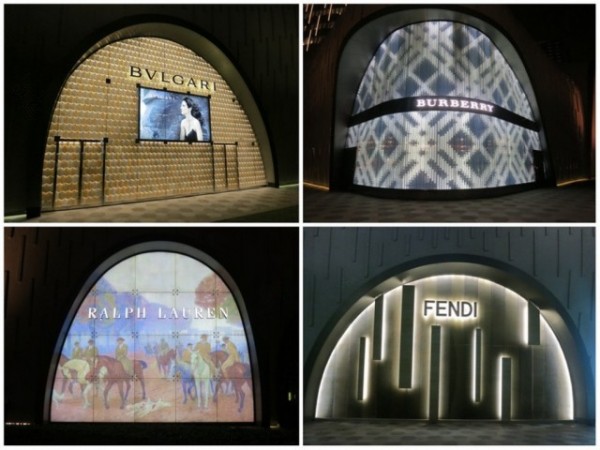 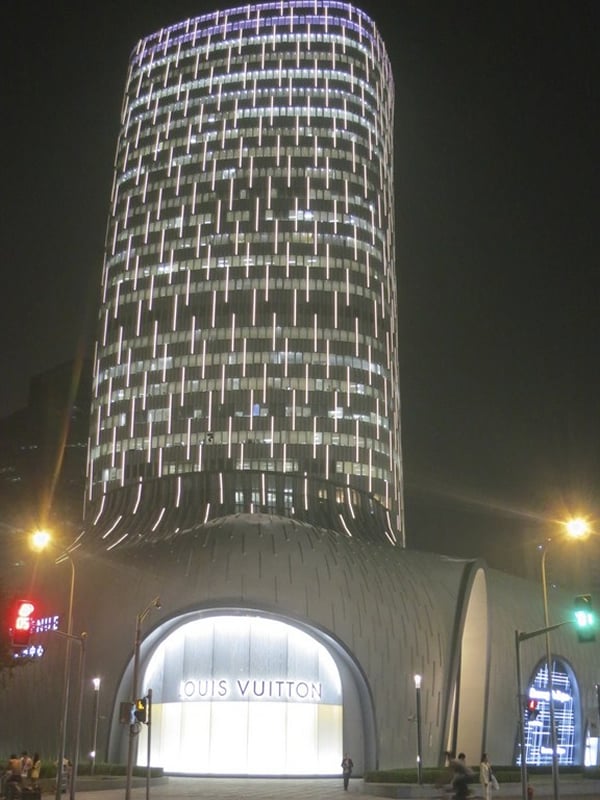