Another fairytale royal wedding takes place, this time in Monaco. However, there seems to be a low key affair as compared to the one that the Dutch and Duchess of Cambridge had, it is a royal wedding nonetheless. And to celebrate the fairytale wedding of prince and princess of Consort of Monaco at Monaco’s Principality, Montblanc is all set to launch special writing instruments. The wedding of Prince Albert II of Monaco and Charlene Wittstock on July 1st, 2011, saw the launch of Montblanc’s a Création Privée from the Artisan Atelier Hamburg that was used to sign and seal their lifelong devotion to each other for life.

The writing instrument has drawn its inspiration from the “architectural elements of the Palais Princier and the Principality Flag.” The pen sports a monogram of the Royal Couple and is encrusted with 161 rubies and 128 diamonds in a rhomb-shaped pattern reminiscent of the Monegasque State’s royal occasion. The Montblanc emblem can be seen on the cap set inside exceptional mother-of-pearl that reflects “the rarity of this piece and representing the future prosperity of the Princely Couple”. The pen is now gifted to the couple as a “memento of a special occasion in European history, and a personal treasure for the newlyweds”. 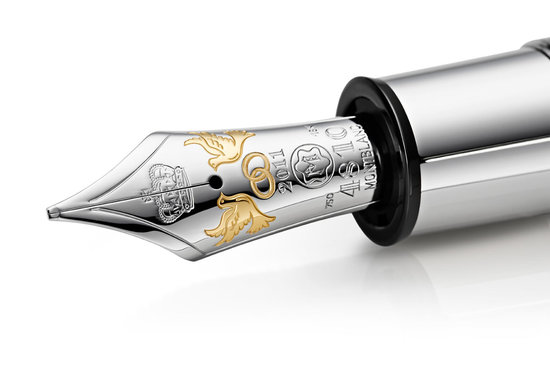 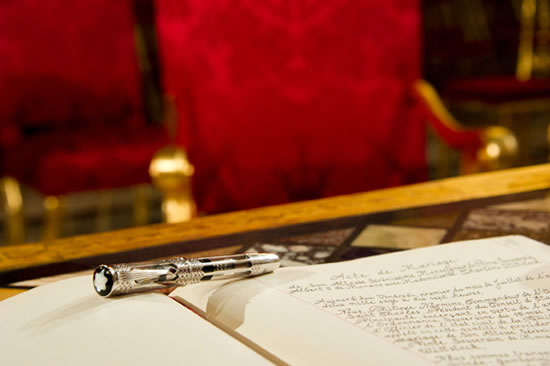