Since almost a decade, Montblanc has launched its Great Characters Limited Edition pen collections inspired by prominent figures. In an effort to honor exemplary icons like John F. Kennedy, Alfred Hitchcock and our very own Mahatma Gandhi, the luxury pen manufacturers have indeed fashioned some of the finest pens on the planet. 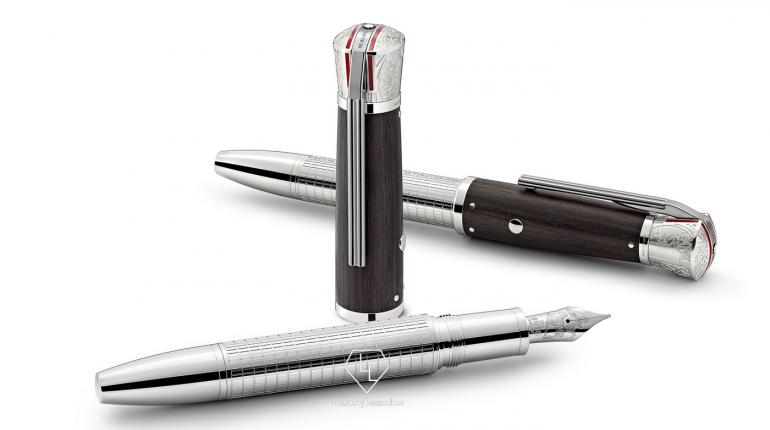 This year, Montblanc is honouring James Byron Dean for his contribution to the film fraternity, which includes his role as Cal in East of Eden and Jim Stark in Rebel Without a Cause. The Montblanc Great Characters Limited Edition James Dean™ pen collection is a distinctive representation of his youth, over six decades after his sudden death in a car crash at the age of 24.

The much-awaited limited edition collection entails 99 pieces and features fountain pens and rollerballs as part of the 1,931 collection, in reference to Dean’s year of birth. A fine sterling silver barrel is encased with a pattern, with is a major throwback to the oil cooler grille on his Porsche 550 Spyder. Curated from word, the shotgun barrel-inspired clip creates a contrast to the remaining part of the pen. Adorned with the dollar bill motif, the cap top again pays homage to the East of Eden. The rhodium-plated Au 585 gold-plated feather is engraved with a racing flag. The ring engraved on the body provides the geographical location of James Dean Memorial Junction, where he died.

Tags from the story
Limited-Edition, Mont-Blanc