Luciano Pavarotti, the famous opera singer from Italy is known for his tenor and deep voice. His musical talent has encouraged S. Pellegrino sparkling mineral water to create an exclusive Luciano Pavarotti bottle as part of the homage to ‘the year of Italianity.’ S. Pellegrino unveiled these limited edition bottles at an opera event in New York City. The event was titled AMO PAVAROTTI. It paid homage to the late singer who was known for exemplifying Italian musical traditions. The entire length of the exhibition will be held in Verona, Italy, from April to September 2013. 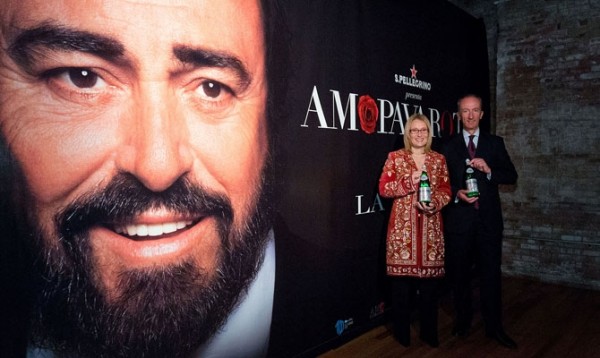 The limited-edition sparkling water bottles will encourage people to live the Italian way, which is known for dolce vita or the finer way of living. The ‘Italianity’ was emphasized too at the event, and a general sense of love and adoration towards Italian culture was evident at the exhibition. The limited-edition Luciano Pavarotti bottles will ensure that each time you take a sip to quench your thirst, you are immediately transported to his world of Italianity, dolce vita, and fine arts.