The meteoric rise of the value of Bitcoin in the last few months has made a lot of people really, really rich. Bitcoin surged in value from about $200 per token in 2015 to above $4,000 in August, and has been breaking symbolic price barriers ever since. Early adopters who believed in the cryptocurrency and stuck with it are now sitting on huge piles of cash. In fact, only today the news came in that the Winklevoss twins – made famous from the legal battle with Mark Zuckerberg on Facebook – have become the world’s first Bitcoin billionaire. But those who are invested into the cryptocurrency want their money to be safe. Bitcoin wallet Xapo, founded by Argentinian entrepreneur Wences Casares, has physical cold storage vaults built inside a decommissioned military bunker located at an undisclosed location deep in the Swiss mountains. The facility is protected by biometric scanner access, 24-7 video surveillance, and armed guards to protect its customers’ Bitcoin stashes worth millions of dollars. Recently, Xapo allowed a journalist to visit the location who wrote an article for Quartz giving us a virtual tour of the Bitcoin bunker. 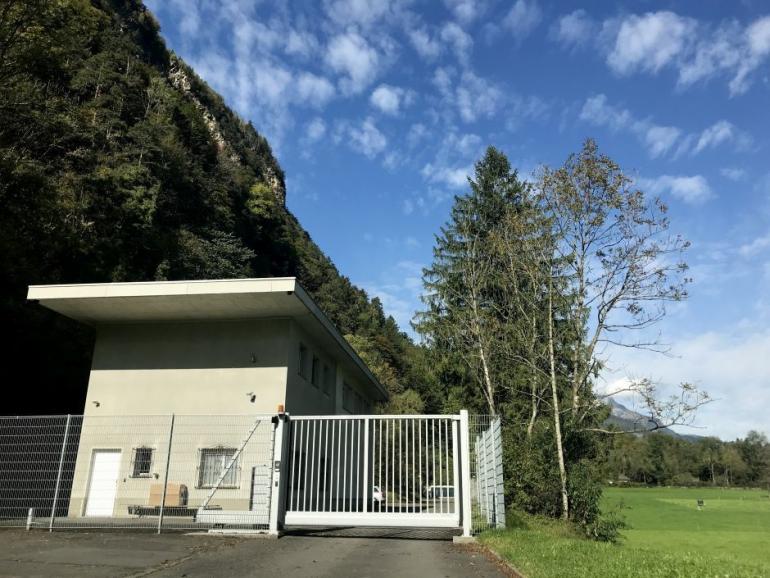 The former military bunker is located at the foot of a mountain and is guarded by a fence with 3-meter tall (10 ft.) gate. The data-center is spread over 10,000-square-foot area and is over 320 meters deep in the granite mountain. 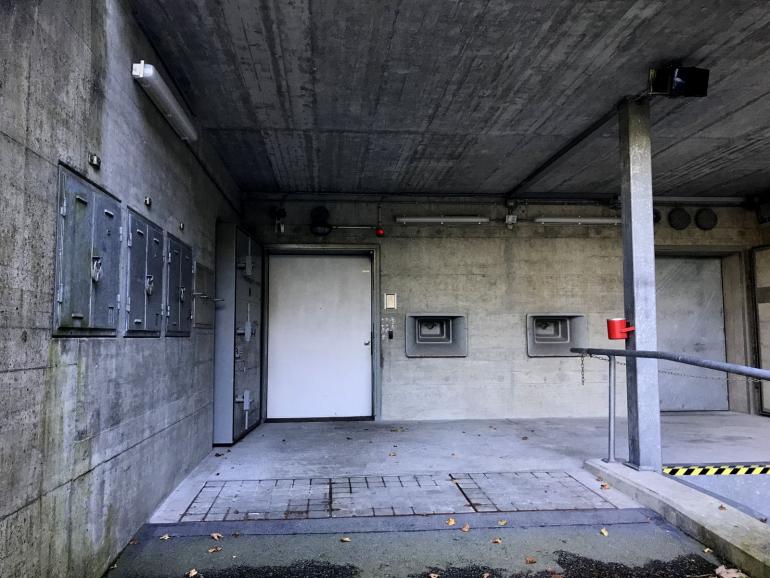 The bunker is protected by thick walls measuring over one foot in thickness and supervised by armed guards. 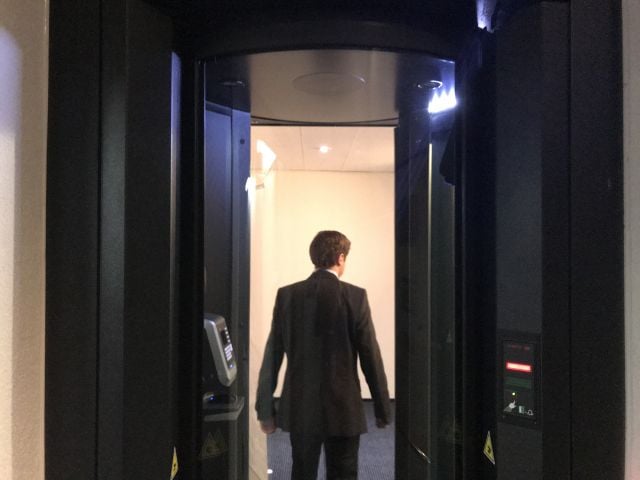 A phone booth-sized cylinder made of bulletproof glass called the “man-trap” separates the outside and the inside of the bunker. Everyone entering the facility has to go through biometric authorization. 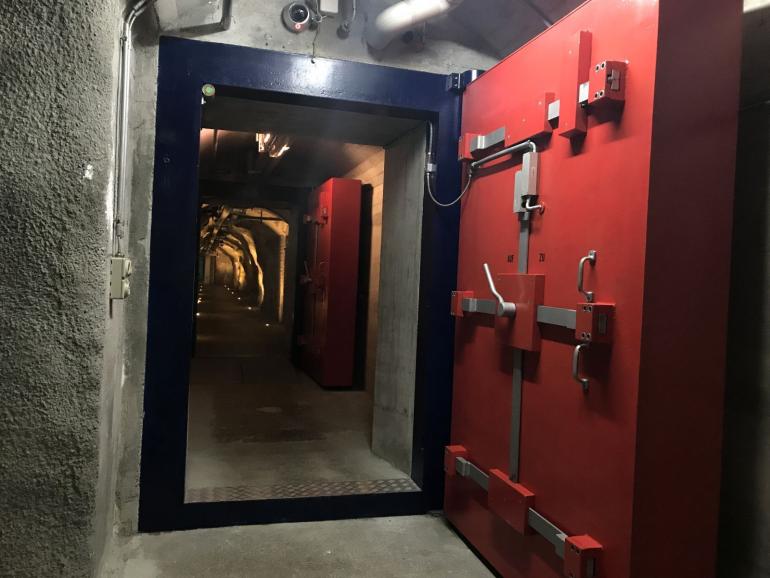 At the entrance of the vaults there are two thick steel doors painted in red which can survive a nuclear blast. 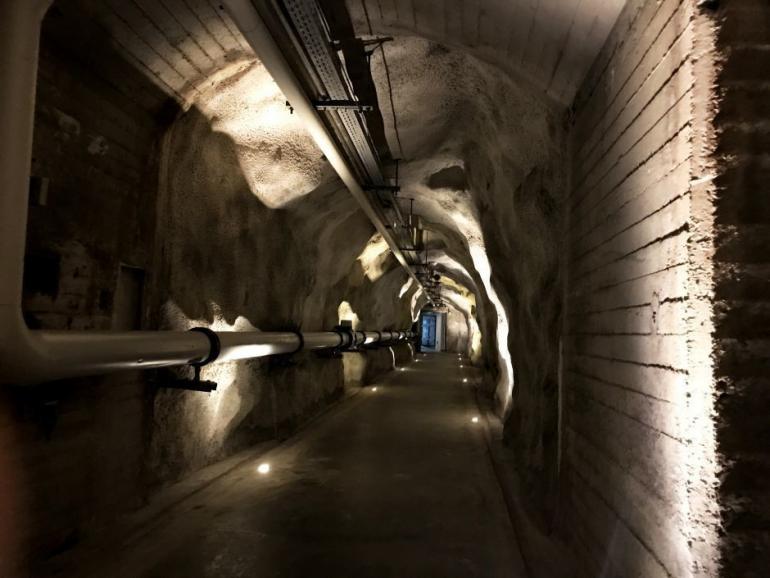 The bunker consists of three buildings that were constructed inside a hollow in the granite mountain. The Swiss military built the facility in 1947, and it served as the army’s secret headquarters during the Cold War. 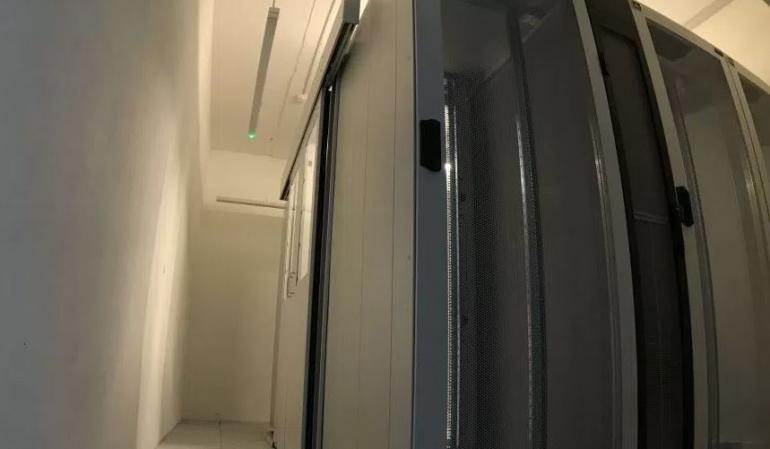 Cold Room is where the data-center’s hardware is located which stores all the Bitcoins. It is encircle with steel slabs to form a Faraday cage to protect the hardware against a possible electromagnetic pulse (EMP) attack that could wipe out the data.

Tags from the story
Bitcoin, Switzerland