It snowed chocolate all over town sounds like a scene right out of a fantasy film or something coming out of Willy Wonka’s chocolate universe. In the real world, something unreal like that actually took place and residents of a Swiss town got a bit of a sweet shock, imagine their bewilderment when it started snowing particles of fine cocoa powder! A snow flurry was experienced in a town of Switzerland after the ventilation system at a chocolate factory malfunctioned. The Lindt & Spruengli Company confirmed a glitch in one of the machines used for roasted cocoa nibs, small fragments of cocoa beans which when combined with the winds allowed the powder to spread quickly in the nearby areas. It uncertain times, like the ones we are living in, even the slightest irregularity can leave us scared which is why the authorities said these particles pose no harm to people and the environment. The chocolate flurry did no harm But left one car completely covered with chocolate powder. The company has offered to pay for the cleaning, and is waiting for the owner’s response to their offer.

The ventilation system has now been repaired and the Lindt & Spruengli chocolate factory resumed production as normal. For those who want to visit Switzerland to indulge in their many sweet offerings, this would certainly qualify as every chocolate lover’s fantasy coming to life! 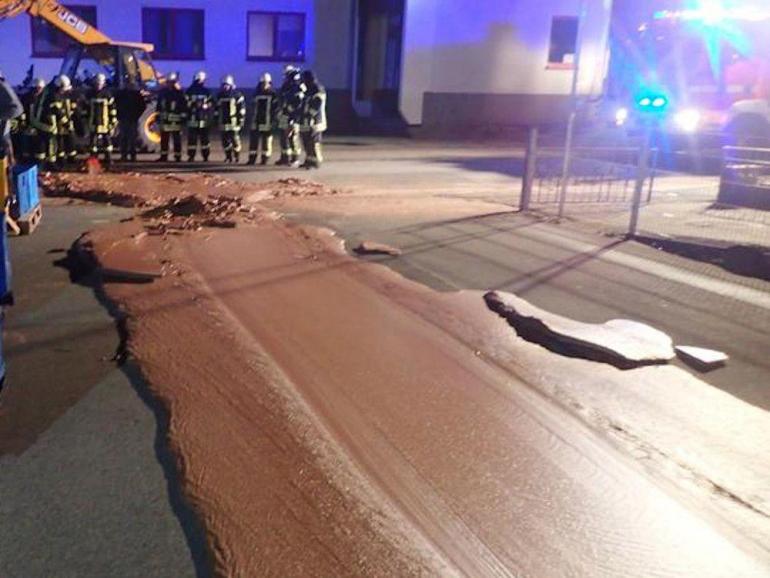 Tags from the story
Chocolate, Switzerland