Remember that Thanksgiving episode of Friends when Monica “mourns the death” of a plate from her wedding china set? Well she’d be crying a lot harder if she’d owned these Ming Dynasty cups. Estimated at anywhere between $25.7 million and $38.6 million this is not your everyday tableware. The cups belong to the famous Chinese Ming Dynasty (1368-1644) and are renowned for the delicately painted chickens on their exterior. They are stored in museums or by private collectors with expensive taste. 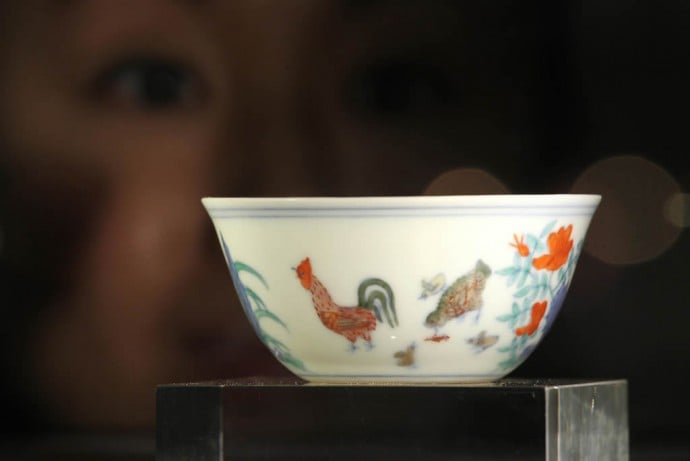 Qing Dynasty (1644-1911) copies of the cups were put on display in Beijing for the very first time in January (from the 29th to the 31st) for the benefit of china enthusiasts. “The copies exhibited this time resemble the real ones in painting, color and luster, creating high value for collecting,” said a staff member at Yuan Hua Tang which is a factory committed to restoring and creating china used by royal families. 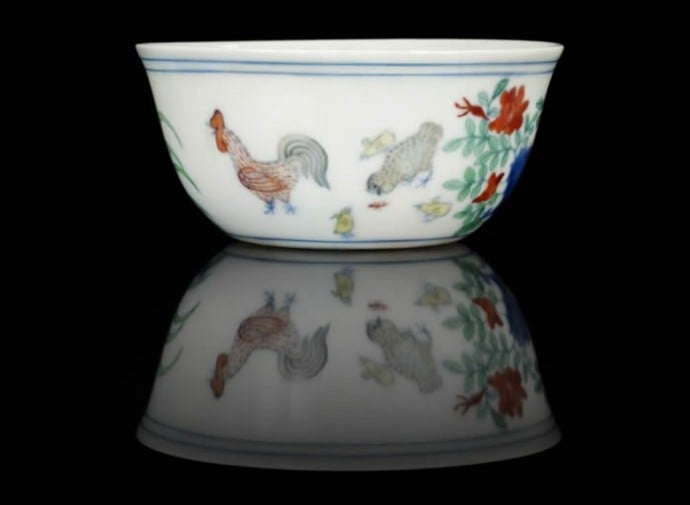 Though they small enough to be held in one hand and innocuous in appearance, the cups command attention. They were used by the eighth Emperor of Ming Dynasty, commonly known as Chenghua, and as not many chicken cups were produced to begin with, few remain to be seen today. The cups are characterized with distinctive paintings of cocks, hens and chicks since the Emperor was fond of poultry.

Tags from the story
China, Most-Expensive