After learning about superyachts getting seized over the past few months; this time one of the largest superyacht builders based in Oss has come under the line of fire. Vagit Alekperov, the owner of Heesen Yachts and the president of Russia’s oil giant Lukoil, has been added to the UK’s list of sanctioned businessmen. Alekperov’s $108 million superyacht Galactica may also risk getting seized though it is still undergoing finishing work in Harlingen, the Netherlands. Heesen’s 262-foot all-aluminum flagship Galactica was earlier dubbed Project Cosmos by the Dutch shipyard; and is Heesen’s most extensive build to date and the biggest all-aluminum yacht ever built. Another megayacht that came close to being taken was Heesen-built Aquamarine.

Owned by Roman Abramovich, the ownership of the 165-ft long vessel was passed on to his close friend precisely on the day Russia invaded Ukraine. Among yacht builders who have come under the spotlight owing to their yachts getting seized is Lurssen. The German yacht maker is undoubtedly one of the world’s most prominent luxury yacht makers and is sending questionnaires to its customers for ownership details. They have built four superyachts that authorities have detained. Heesen’s 262-foot all-aluminum flagship Galactica is safe for now; let’s delve into the details below:
Heesen yachts:
Based in Oss, Heesen yachts belong to oil & gas mogul Vagit Alekperov, the fourth-richest person in Russia with an estimated net worth of $20.7 billion. Heesen is one of the world’s largest manufacturers of luxury ships longer than 130 feet. Dutch News shared a statement from the company after it came in the news for building yachts for sanctioned Russian oligarchs. ‘We are managed by a professional Management Board, with an independent Supervisory Board which appoints the Management Board members.
Heesen only reports directly to its sole shareholder, Morcell Ltd,’ the company said in a statement. ‘Heesen’s management and employees are saddened by the ongoing situation in Ukraine, and our thoughts are with its citizens and all those affected. We condemn violence in every form and hope for a fast end to the war.’ 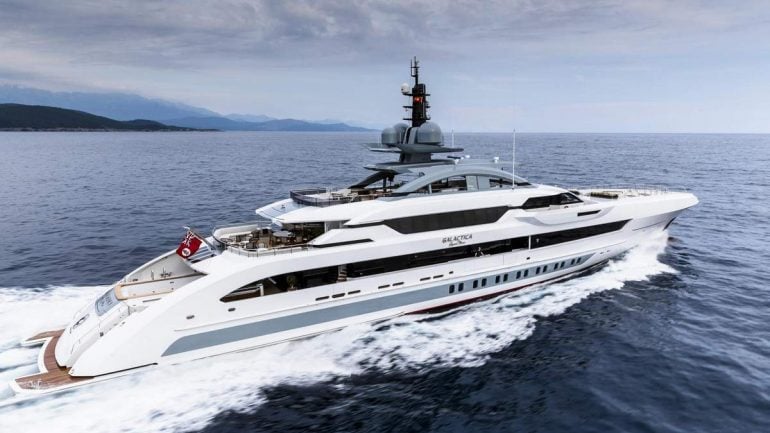 About the grand Galactica megayacht:
The first thing that the eye notices is Galactica’s exterior, akin to a fierce open jaw of a killer shark. The stylish motor yacht is the epitome of speed and unerring accuracy. With an interior volume of 1,700GT, Galactica boasts six staterooms and is Heesen’s most extensive build for Vagit Alekperov. Galactica is powered by traditional diesel propulsion – four engines, two gearboxes, variable-pitch propellers, and ultra-innovative Promas rudders, giving it a top speed of 30 knots. 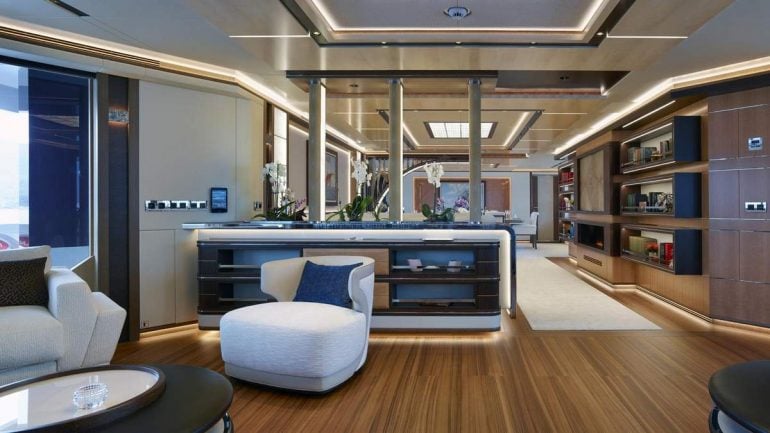 The ship includes a beauty salon, swimming pool, beach club, and room for 12 guests. A massive helipad that transforms into an open-air cinema is among its fancy features. Galactica is registered in the Caymans Islands and worth $108 million, according to VesselsValue. 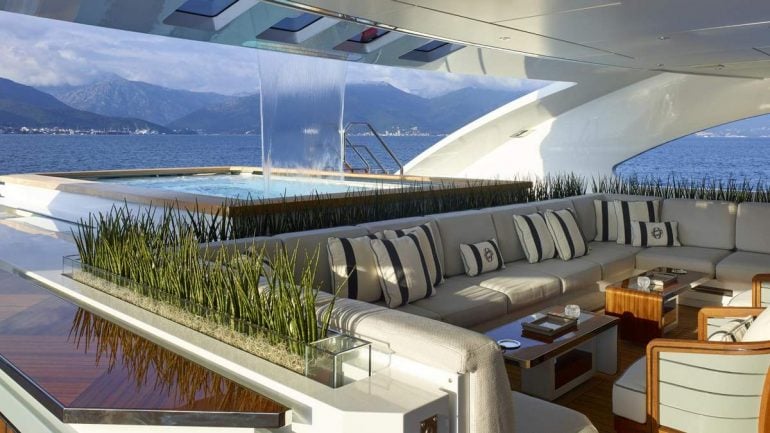 Daily Beast reported that The Galactica Super Nova sailed in recent weeks from Barcelona to Tivat, Montenegro, arriving on March 1. But just a day later, the boat departed and vanished, according to data from the ship-tracking company MarineTraffic. 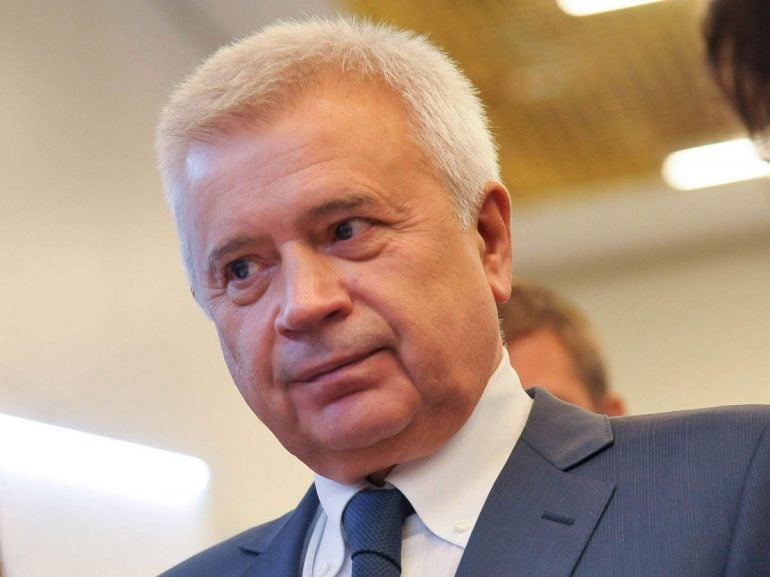 Who is Vagit Alekperov:
This former Caspian Sea oil rig worker first tasted success as a deputy minister overseeing the oil industry in the Soviet Union. Later, he took three sizeable ministry-controlled oil fields and set up Lukoil, now Russia’s largest independent oil company. As he climbed the ladder of success, he also founded the Dutch shipyard Heesen Yachts that has launched more than 170 yachts since its inception. His hobby of numismatics (study or collection of currency) has landed him one of the three most extensive private collections in Russia, with more than 700 coins.