London’s beloved high-end retail shop is now home to the world’s priciest gin, and of course, it’s a limited-edition item with only one bottle in stock. With a staggering price tag of $3,000, Watenshi, the “Japanese Angel” gin was hand delivered to the store and is currently on display in the Food Hall where it will remain until Christmas Eve, unless of course it is purchased by a big spender. 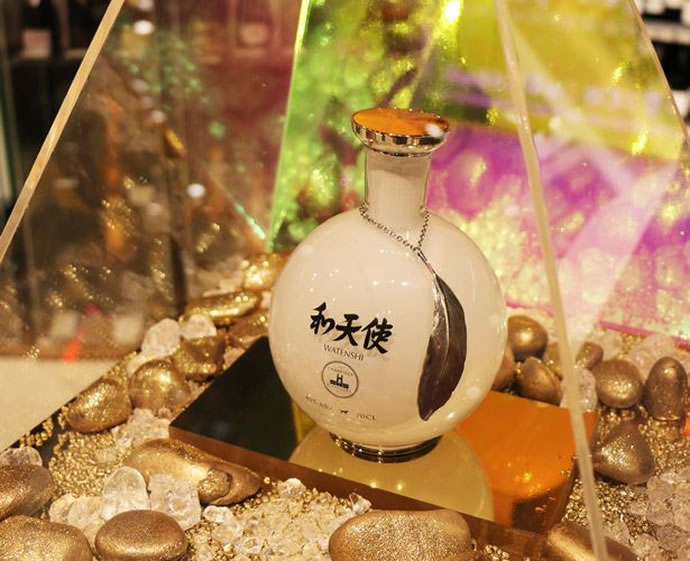 Crafted by the world-renowned Cambridge Distillery, the spirit is crowned Gin of the Year 2015 at the China & Hong Kong Wine and Spirits Awards. We hear it is created drop by drop using air pressure less than half that found at the summit of Everest and a temperature colder than the South Pole, and they retain the finest one per cent of each distillation which would otherwise evaporate into the atmosphere – known as the angels’ share.

Considering the process is so painstaking, only 36 bottles are produced each year and only six can be released to any one country. Swiss designers Loris & Livia and jeweller Antoine Sandoz, whose previous clients include Tom Ford, Chanel and De Beers, were commissioned to perfect the bottles. Each one is hand blown in Cambridgeshire, the stoppers turned in Switzerland, and the silver decorations designed, cast, polished, engraved and plated in London.
The final touch comes when hand-brushed Japanese characters are painted on by a master calligrapher.

Adam Hockney, general manager of Selfridges Birmingham, said: “We are thrilled to have the Watenshi in store and we are sure it is going to create a buzz, especially for the gin lovers among us.