If you thought going into a café meant coming out with your daily (or hourly in my case) caffeine fix, then say hello to WRONG! Taking a cue from the cat lady? Or fulfilling busy professionals’ petting needs, cat cafés, yes, cafés. With cats. Are cropping up in various countries. It all started with Japan. Meanwhile, those allergic can stick to their $23,000 hypoallergenic cats.

Almost like a Rise of the Planet of the Apes, cat version of course, cat cafés are sweeping the globe. First it was one Japanese restaurant providing food with a side of some feline company. Then several in Tokyo and before you knew it, East and Central Europe! Last year’s Parisian cat café has been followed by London’s last month, where animals now roam among the tables satisfying cooing customers in London’s hip East End. 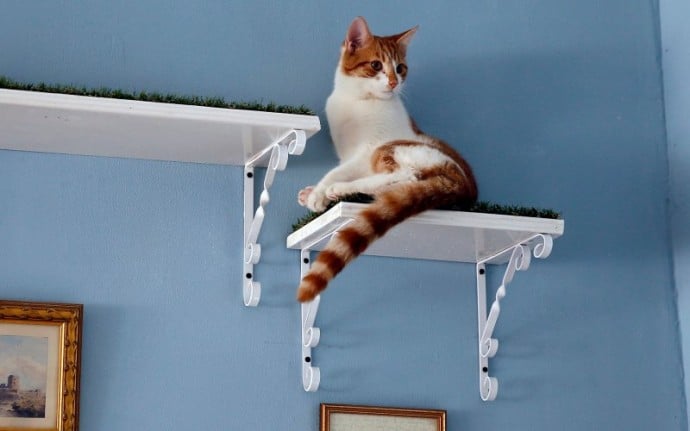 Called Lady Dinah’s Cat Emporium, the café is clearly named after the kitten from ‘Alice in Wonderland’ with tables that are fully booked until July. But that’s not it; a stampede by members of the public completely crashed the booking site in its opening weeks. That isn’t very surprising for co-owner Anna Kogan though, “I think everyone benefits from some contact occasionally because it relaxes you. Cat purring has been found very beneficial for health.” 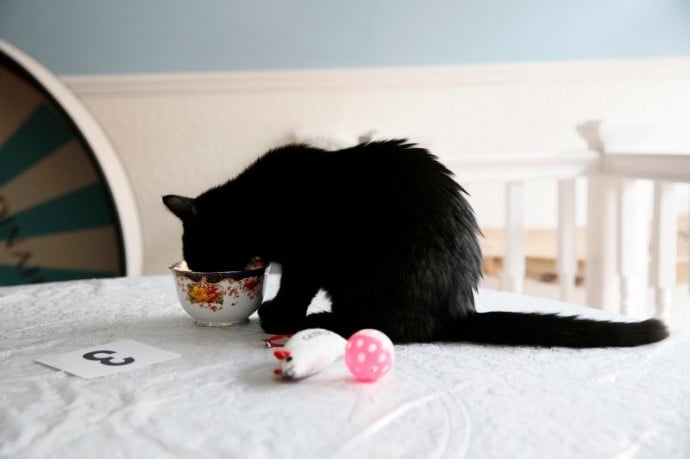 Clearly her patrons think of the café as even more. One Maggie Tolmie, a mezzo-soprano from the town of Sudbury in Suffolk said, “I’m not a God or a Jesus person at all. But I got sent a link to this place randomly this morning by a person who didn’t know that my poor cat, Bella, died on Friday. The timing was uncanny, and this place is perfect.” However, some might find this perfection suspect. Take the health and safety regulations folks for instance. Or RSCPA. 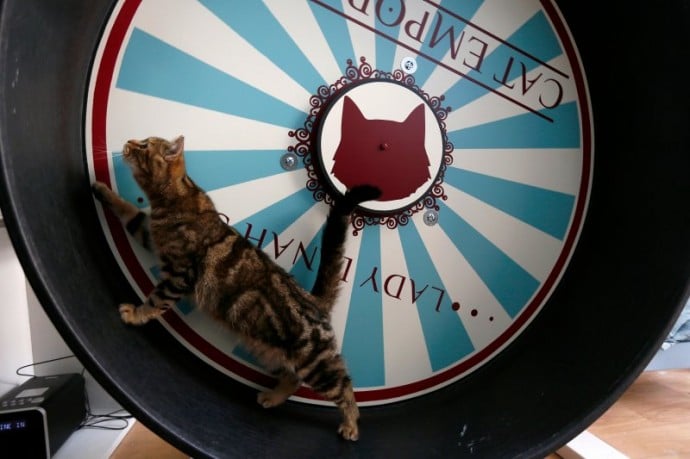 Born in Russia, Kogan might claim to have animal welfare as her motive having already set up a charitable foundation for animals, with branches in over 20 Russian cities, “we help cats, dogs, and the occasional bear or lion.” But the RSPCA [Royal Society for the Prevention of Cruelty to Animals] do not recommend keeping a lot of cats in the same place and also said some of the animals would not enjoy being handled by strangers. 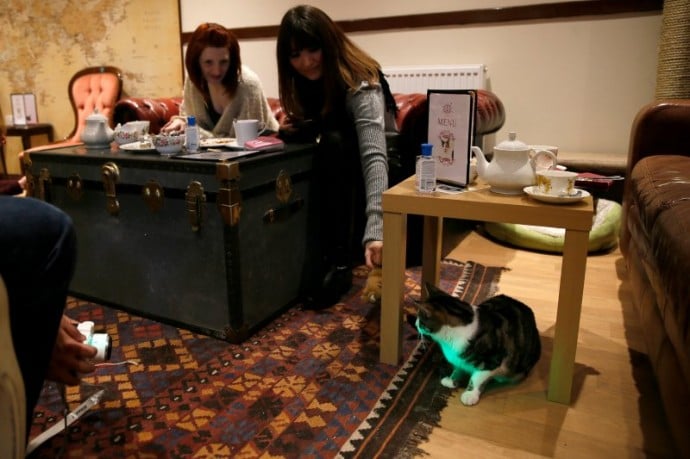 Still, the fact that the British café raised more than $180,000 online and continues to thrive, while a San Francisco project has successfully crowd-funded almost $60,000 and is set to open by year end shows there really is no stopping cat-loving people. As for the rest, Courtney Hatt of U.S.’s first cat café, KitTea says it’ll have a petting zone and an adjoining room for food and drinks as encouragement and “building a zen wonderland for our patrons and felines.”

Tags from the story
Cats, London