We have earlier seen tons of instances which speak of pet owners extending the luxuries of life for their beloved pets. But the Rocky Chihuahua here has a new record set after him. He has bagged the title of Britain’s best-dressed pooch and has an extensive wardrobe of 1,500 outfits worth $3,900. The little dog changes his outfits as much as ten times a day, and his owner, Lynsey Noble, conceded that she spends more on Rocky than an average British woman would spend on herself annually. The petit dog-celeb makes a statement on the streets by moving about in a bespoke doggie pushchair.

He even won the Mr Pageant Pooch 2011 and also has fancy dress costumes of an elephant, dinosaur, panda, bumble bee, zebra, Superman among others in his wardrobe. 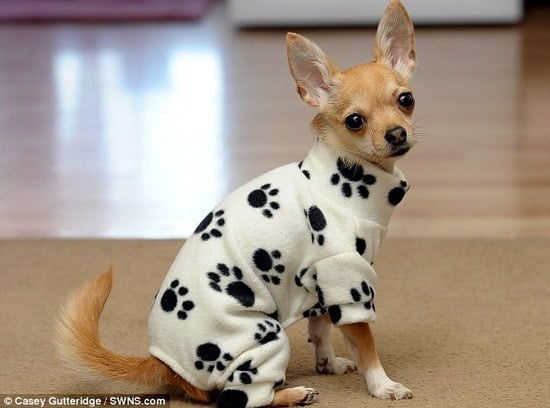 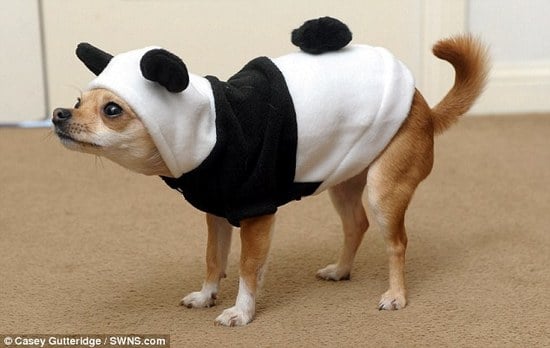 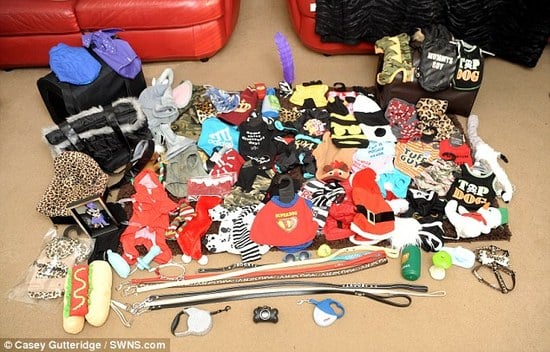