Towering an impressive 63 storeys is Manhattan’s newest luxury residential tower and now we hear developers of the Foster + Partners’ project are releasing new pictures of the much talked about project to allure buyers to splurge millions on one of their ultra-luxurious apartments. 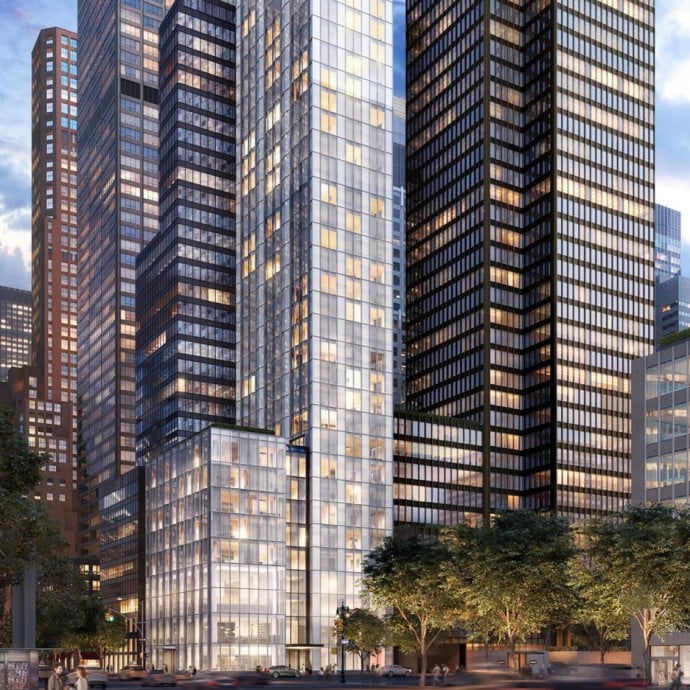 Called One Hundred East Fifty Third Street, the building is adjacent to the famed Seagram Building.

“It’s not simply about our new building, but about the composition it creates together with one of the 20th century’s greatest,” Foster + Partners architect Chris Connell mentioned. “In contrast to Seagram’s dark bronze, our tower will have a pure white, undulating skin. Its proportions are almost impossibly slim and the views will be just incredible.” 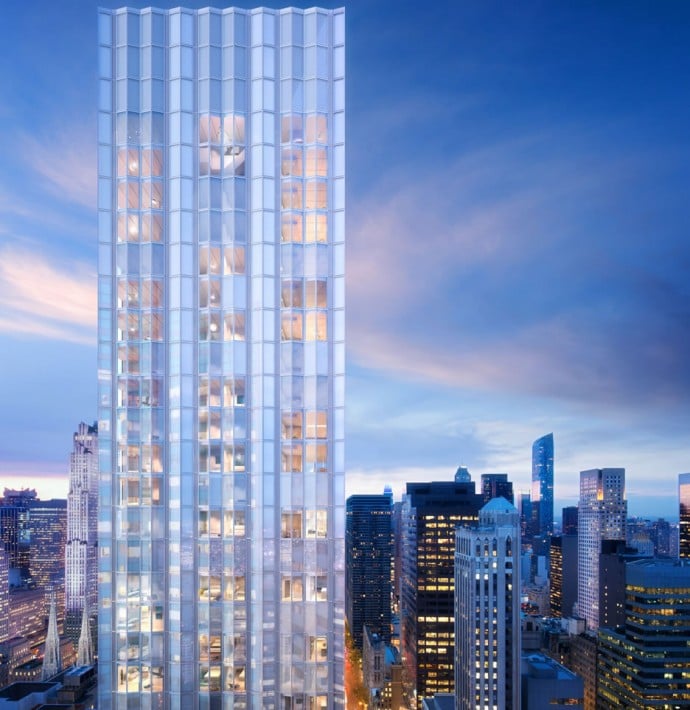 The white appearance and sleek form of the structure aims to contrasts beautifully with the dark bronze, 38-storey Seagram building by Mies. While the new tower is clad in glass, the structural frame is made of concrete.

Entailing 94 luxurious residential units, the skyscraper is demanding prices ranging from $3.35 million onwards. If you are looking to purchase a property in this fabulous building we’re letting you know sales will launch next week, on 4 November.

Backed by RFR Holding and Hines as well as the Chinese developer Vanke, the real estate project is one of the most admired projects on the horizon. 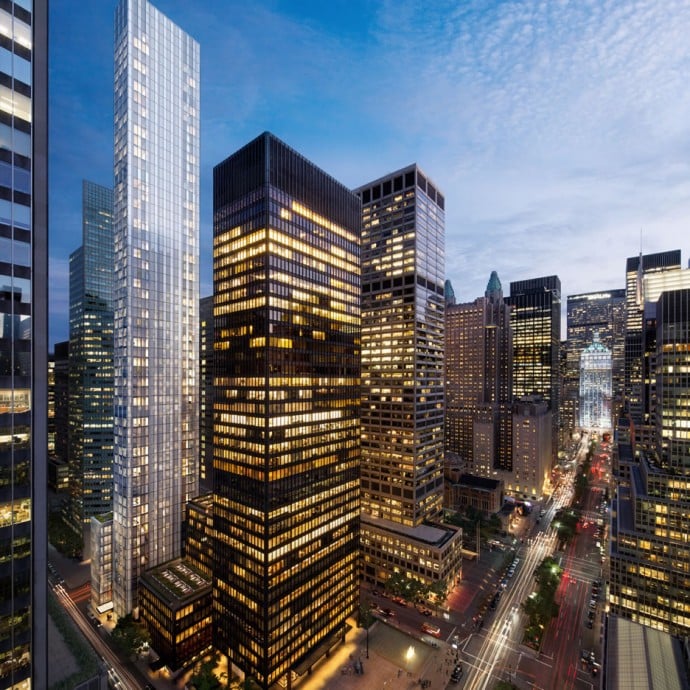 When you are splurging million of dollars, you clearly expect the best. The tower will offer amenities such as site-specific artwork, a swimming pool, wellness facility, spa, library and sitting rooms. We hear the first two floors will contain a “uniquely curated” food hall and three-star restaurant. 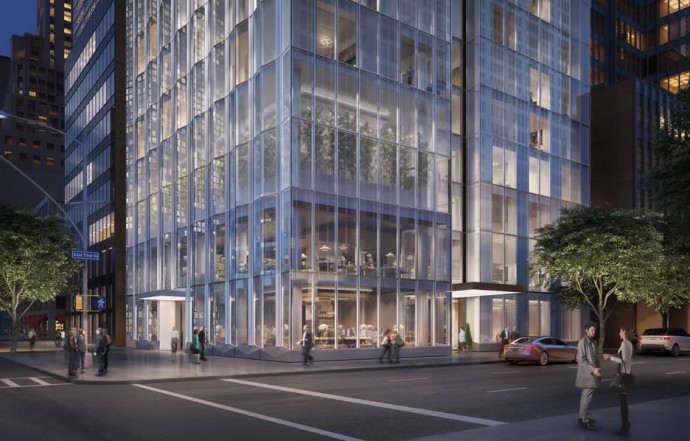 Dressed to impress, furnishings for the lobby and amenity spaces will be chosen by acclaimed interior designer William T Georgis. 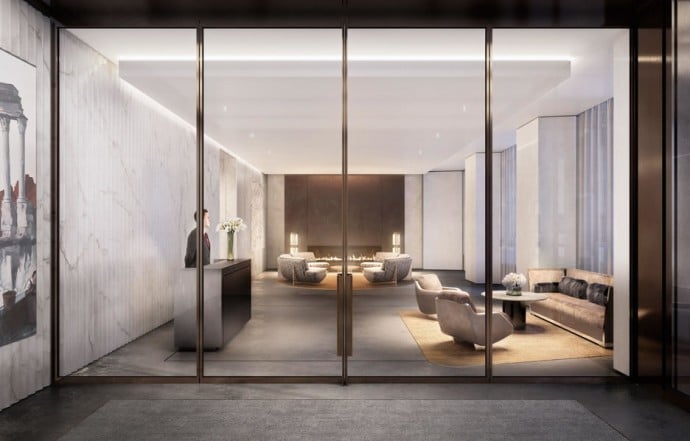 Scheduled to open in 2017, initial plans for the building were first unveiled in 2005, but the project was stalled by the 2008 recession. 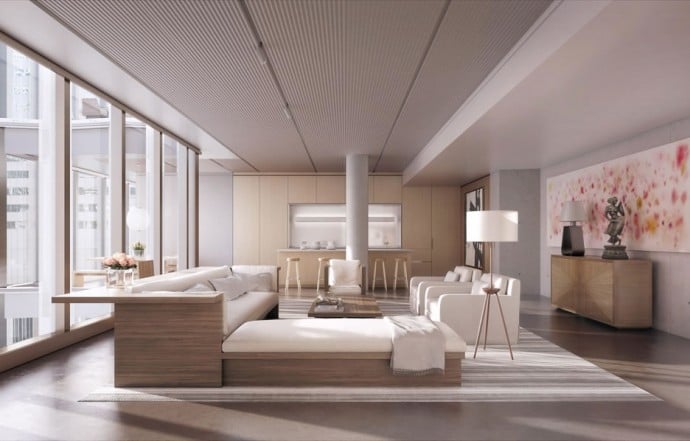 Staying in Manhattan is a dream and this centrally located tower is well within walking distance to New York landmarks such as the Museum of Modern Art, Grand Central Station and Rockefeller Center. The new Baccarat Tower by SOM is a few blocks away. 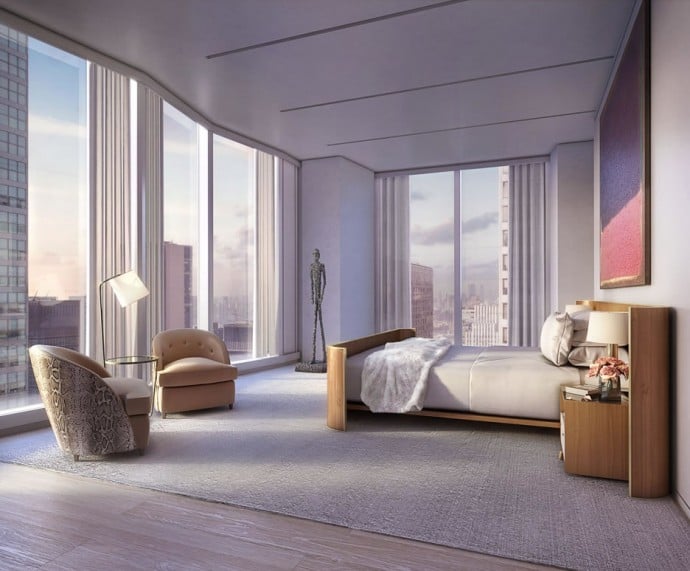 In addition to the magnificent project, Foster + Partners projects also include the Hearst Tower and the Sperone Westwater Gallery, along with the office tower 425 Park Avenue, which is now under construction.

Tags from the story
Manhattan, Tower