Does having truckloads of money mean you live like majesty in a mansion? Apparently not! If Elon Musk’s latest ‘move’, pun intended, is anything to go by, the richest of the rich can also survive in a simple home. Musk is setting a new example of sorts as the SpaceX CEO has chosen to move into a $50,000 prefabricated house that’s only about 400 square feet, on-site at the company’s South Texas testing facilities. It’s the truth, Elon Musk now lives in a home so tiny, it can be towed by a Tesla Model X. so deep is Musk’s dedication to funding a Mars colony that he plans to sell all his houses; the latest being his last remaining house, located in California’s Bay Area. 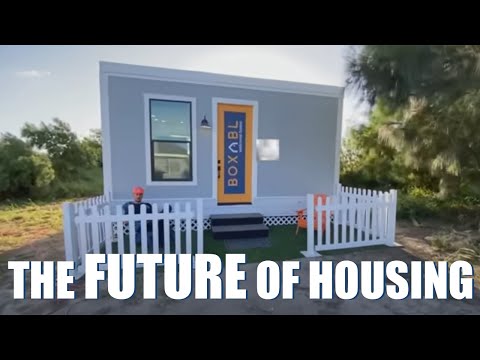 Musk’s new crib is a 20 by 20 foot home called the “Boxabl Casita”. Living in the tiny pad gives him full access to SpaceX’s developments, and Musk seems to enjoy living in it, “It’s kinda awesome though,” he added. The pre-fabricated, towable, 400-square-foot dwelling is easy to transport and install, and it can be relocated relatively easily. The Boxabl Casita is durable, too, being made of concrete panels and steel and the 20×20 unit such as the one that Elon Musk owns is priced at only $50,000. Elon Musk is clearly a visionary and a practical man who chose to live in a 20×20 unit after being the world’s third-richest person.

Plus $ sitting in stocks, makes each $ outside worth more exactly proportionally.


His counterparts like Jeff Bezos and WhatsApp founder Jan Koum live in one of the most expensive homes in the United States. Musk however has his own reasons to sell his homes. He repeatedly said he intended to sell most of his possessions, including all his houses, to fund a colony on Mars where he wants to send 1 million people by 2050. .”It’s going to take a lot of resources to build a city on Mars,” Musk told Mathias Döpfner, the CEO of Insider’s parent company, Axel Springer, in a December interview. “I want to be able to contribute as much as possible to the city on Mars. That means just a lot of capital.” the tech billionaire called the Bay Area property a “special place” and said he wanted to sell it to a large family.