Why is it that celebrities are often seen buying other celebrities’ homes? Is it the penchant for celeb-pedigreed estates? Their matching tastes? Or simply their matching bank balances? Whatever be the reason, we love that it gets us a free tour of some of the best celeb homes in Hollywood, and the most recent to be taken off the market is a Spanish Colonial home of Jesse Tyler Ferguson of ‘Modern Family’ fame and his husband, Justin Mikita. The house constructed in 1928, and located in Los Angeles ‘ Los Feliz neighborhood was purchased by Titanic star Leonardo Di Caprio for $7.1 million. This marks the second Los Feliz home for DiCaprio after he bought another 1920s-era home from Moby in 2018 for $4.9million. Interested in a sneak peek? Let’s go straight inside- 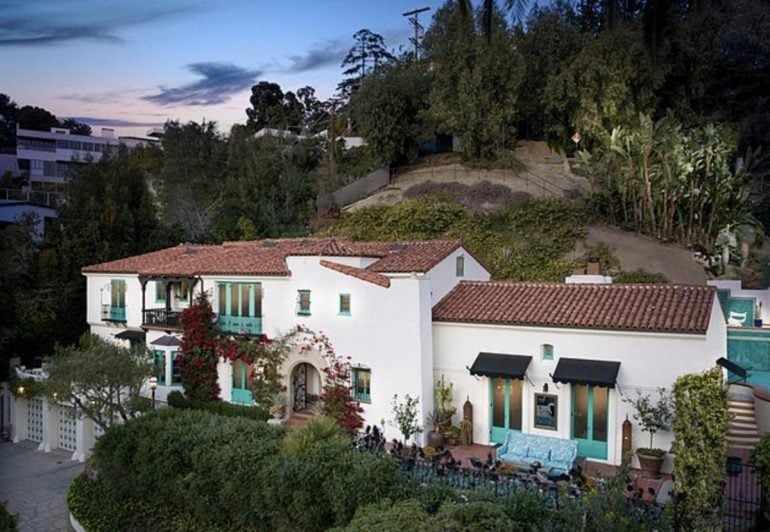 This lovely home has a history of celebrity owners, including No Doubt singer Gwen Stefani, who purchased it in 1998 with her then-husband Gavin Rossdale. 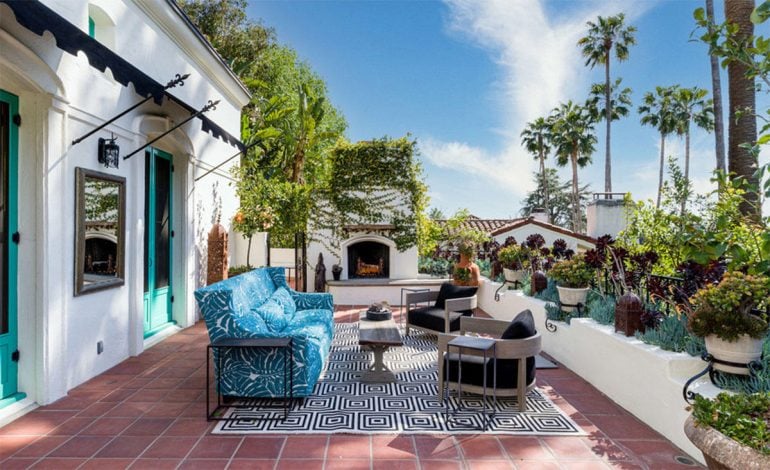 Jesse Tyler Ferguson set the asking price at $6.995million in March. They originally bought the property for $4.6 million in 2013. 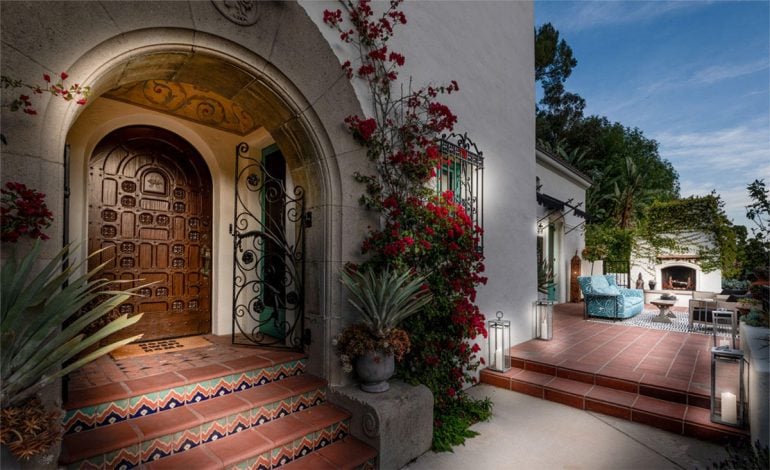 The stunning property welcomes you with big gates and a long driveway, a hand-carved front door, and a campy doormat reading “Homo Sweet Homo.” 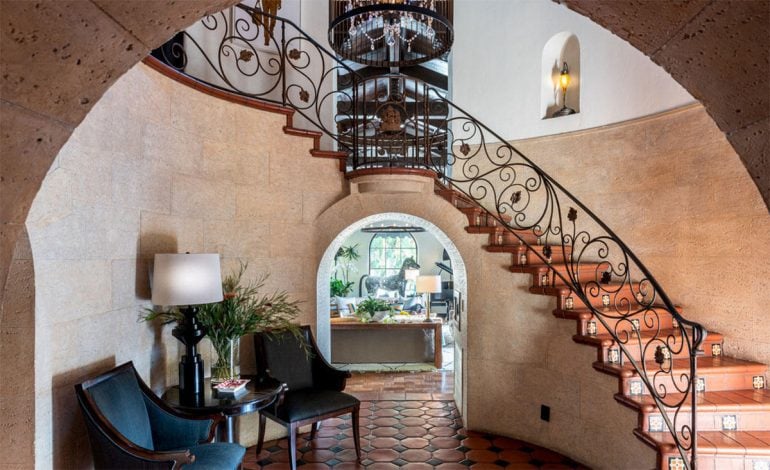 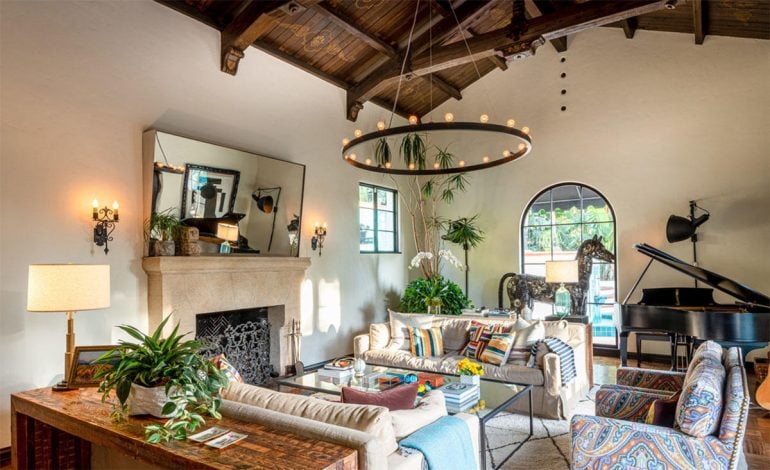 The home exudes warmth not only because there is a massive stone fireplace located in the sizeable living room, but the interiors are impressively cozy and in adjoining space lays an office lined with wood-paneled walls. 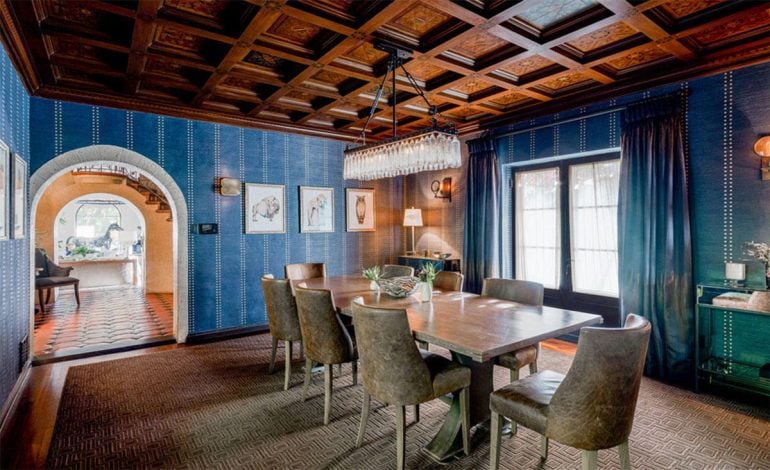 A dining room like this is hard to come by; one with a hand-stenciled ceiling, the right amount of space, emphasizing a pendant chandelier to light the room, unique azure walls, and a plush carpet. 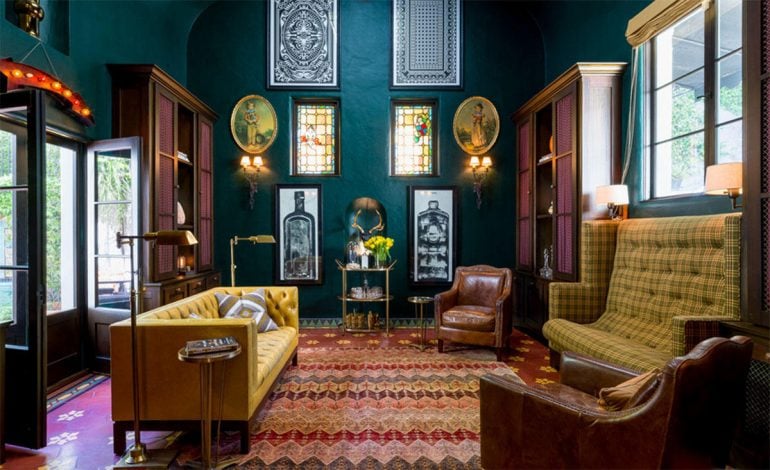 Teal-splashed walls are also spotted in a two-story library that’s splashed with several snug seating areas to spend all day in with a book for company. 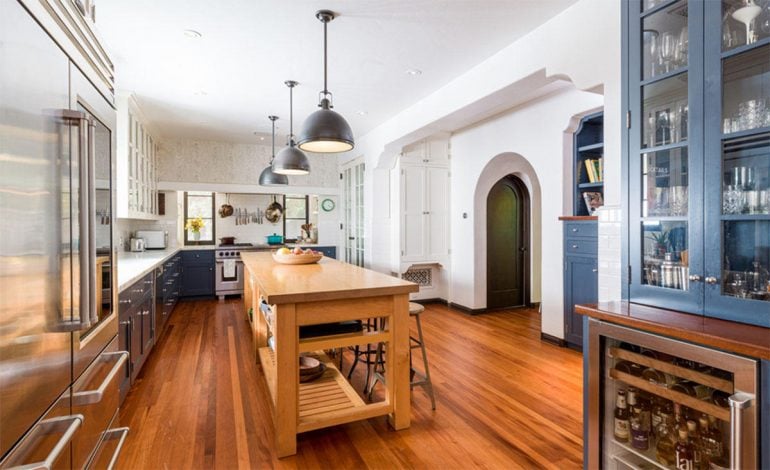 The brightest area of the home is the kitchen seen in crisp white walls, top-of-the-line Wolf and SubZero stainless appliances, and complimenting medium blue cabinets. 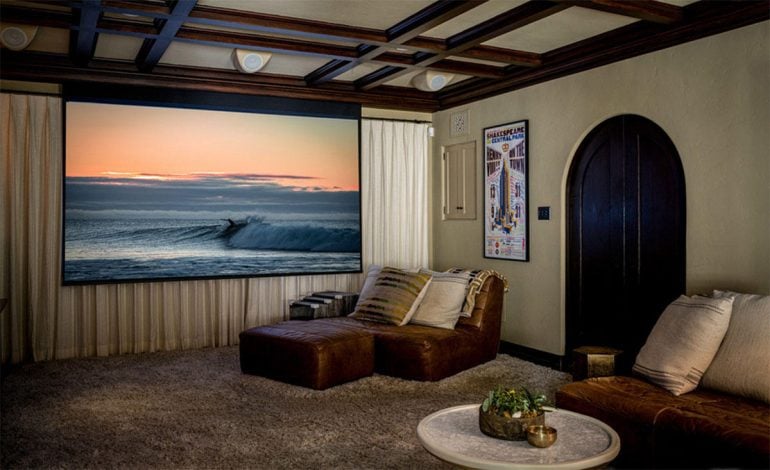 If cooking or reading doesn’t please the guests or owners, there is also a family room that converts to a full-fledged media room at the push of a button, complete with a film screen that drops out of the ceiling, a projector, and electronic blackout curtains. 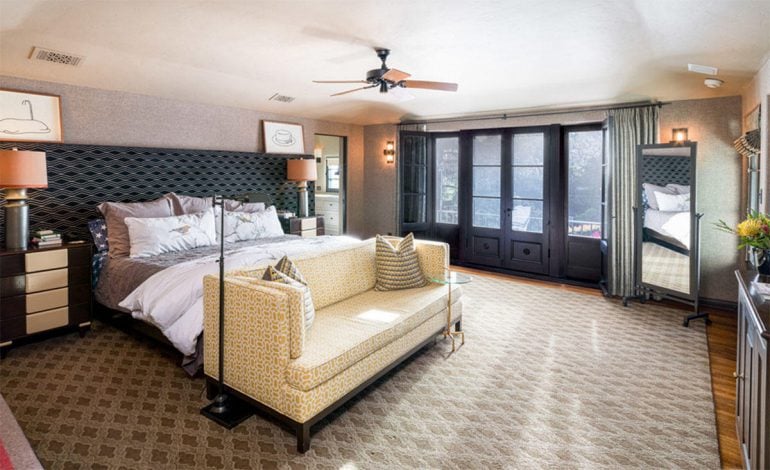 The kingly master bedroom is done with modern tastes using a neutral, calming look, though the modernized bathroom retains its vintage style. The home spreads out over 5,000 square feet and features four bedrooms and four bathrooms. 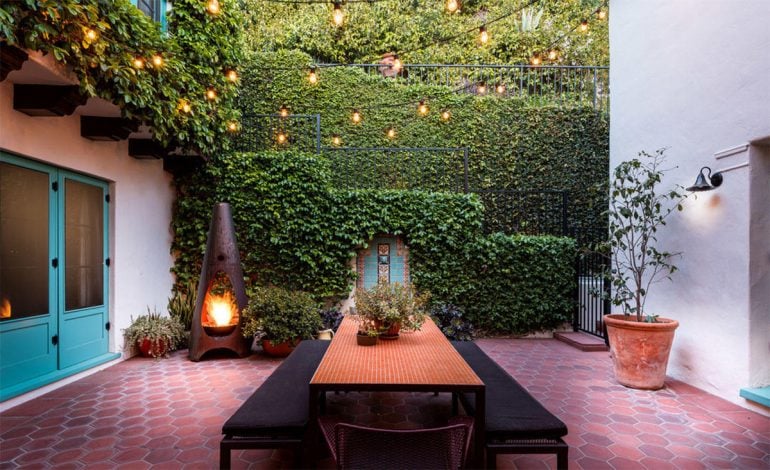 There is an outdoor dining area featuring a green wall, colored tiles, and hot energy.

Tags from the story
Leonardo-Dicaprio, Los-Angeles