Combining fitness and style like no other is Hermes. After opening its luxe pop-up Hermes Fit is cities including New York, Paris, Tokyo, and Bangkok, the marquee recently inaugurated the fitness hub in Los Angeles. Yes, that’s right! 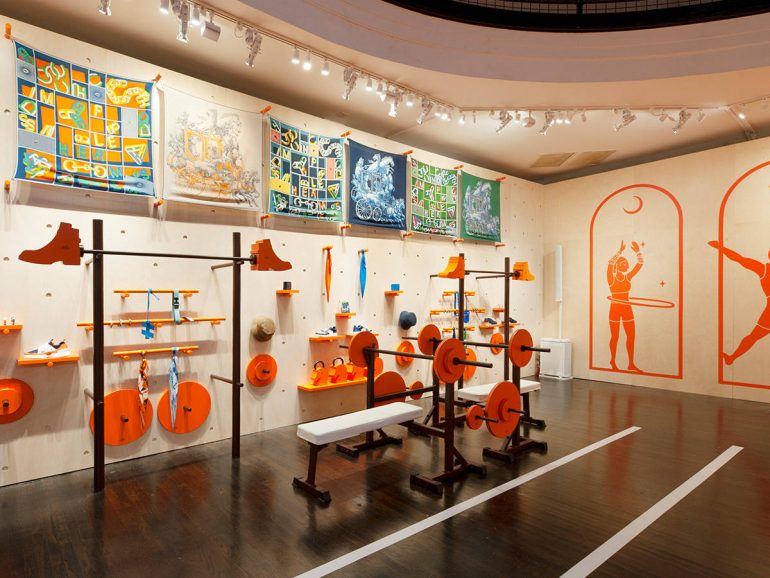 Opened at the Hollywood Fitness Club, the fitness pop-up boasted a multi-room venue decked with brand’s signature orange hue and featured motifs from their beloved carré silks. It was stocked with Hermès branded bench presses and kettlebells, a ping pong table, and a themed climbing wall that doubled as a photobooth. 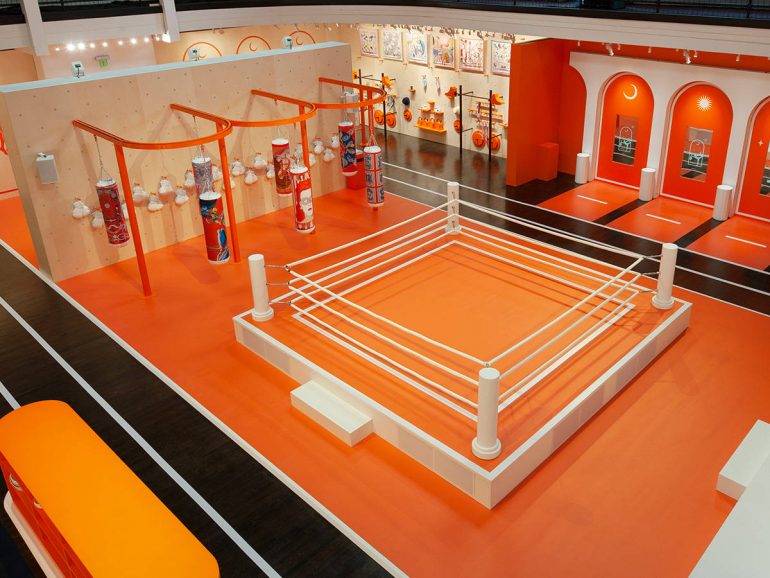 The centerpiece of the opening event was a boxing ring white leather gloves and punching bags lined in their precious silks. As for the apparel section, it included men’s ties and lucite-heeled footwear, Hermès Beauty’s 24 shades of lipsticks and more. 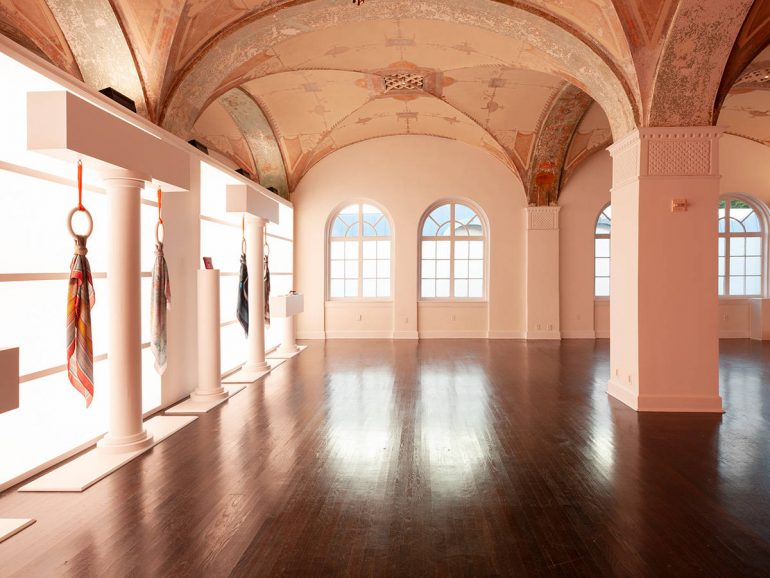 But that wasn’t all! The pop-up featured a yoga room with dark wood floors and mirrored walls to be used for daytime classes like CarréYoga, Belt Stretching, and Voguing with Hats. The inauguration which took place on July 20 also featured performances by Neil Frances and Ladies of Leisure DJing with the likes of actresses Rebecca Rittenhouse, Victoria Pedretti, and Nina Bloomgarden, as well as influencers Brittany Xavier and Aimee Song included in the guest list. 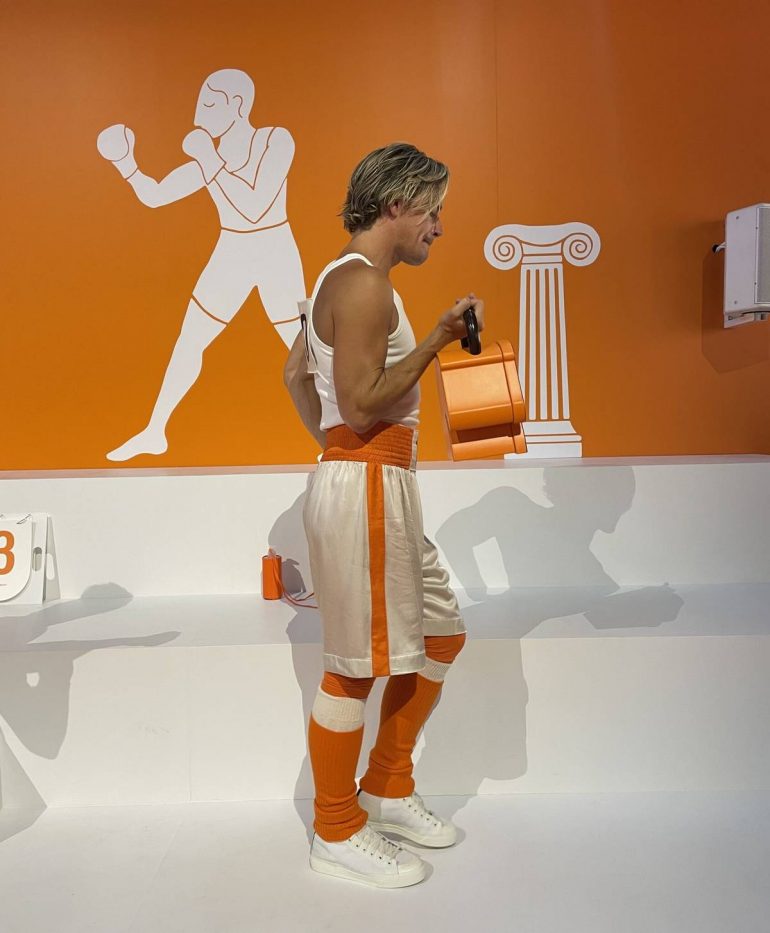 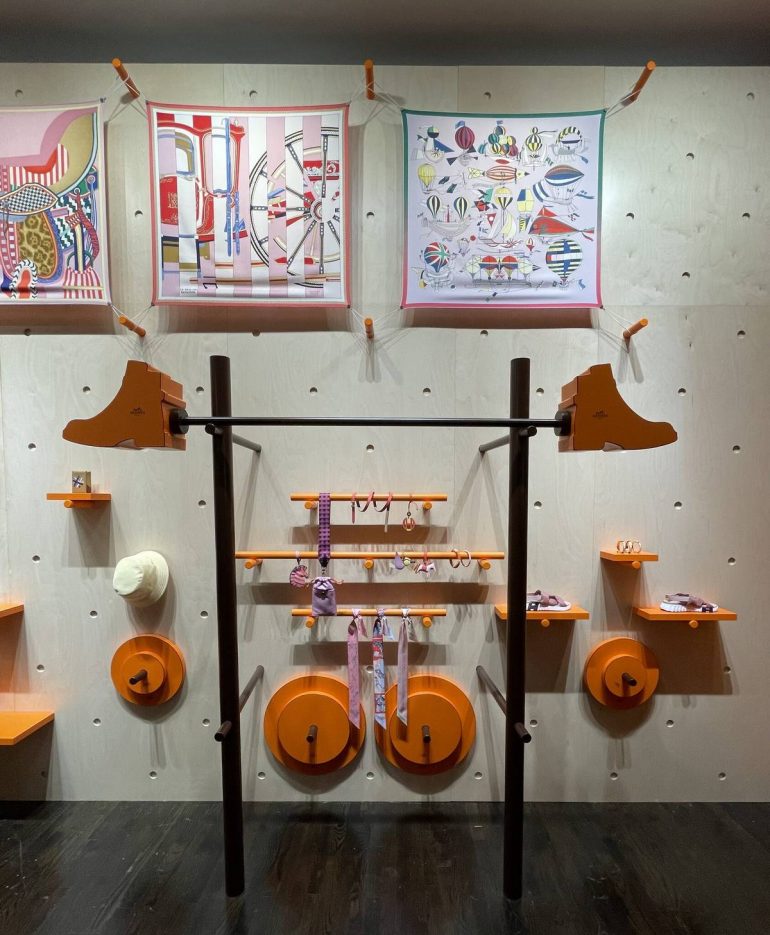 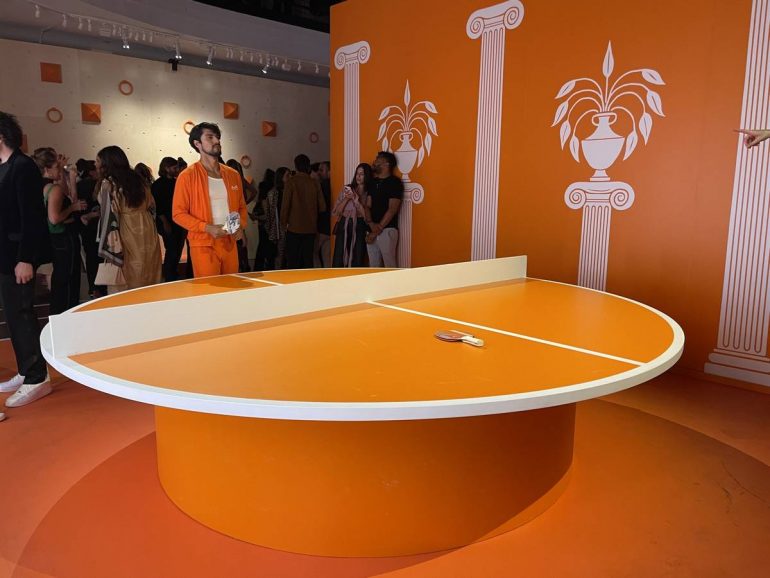 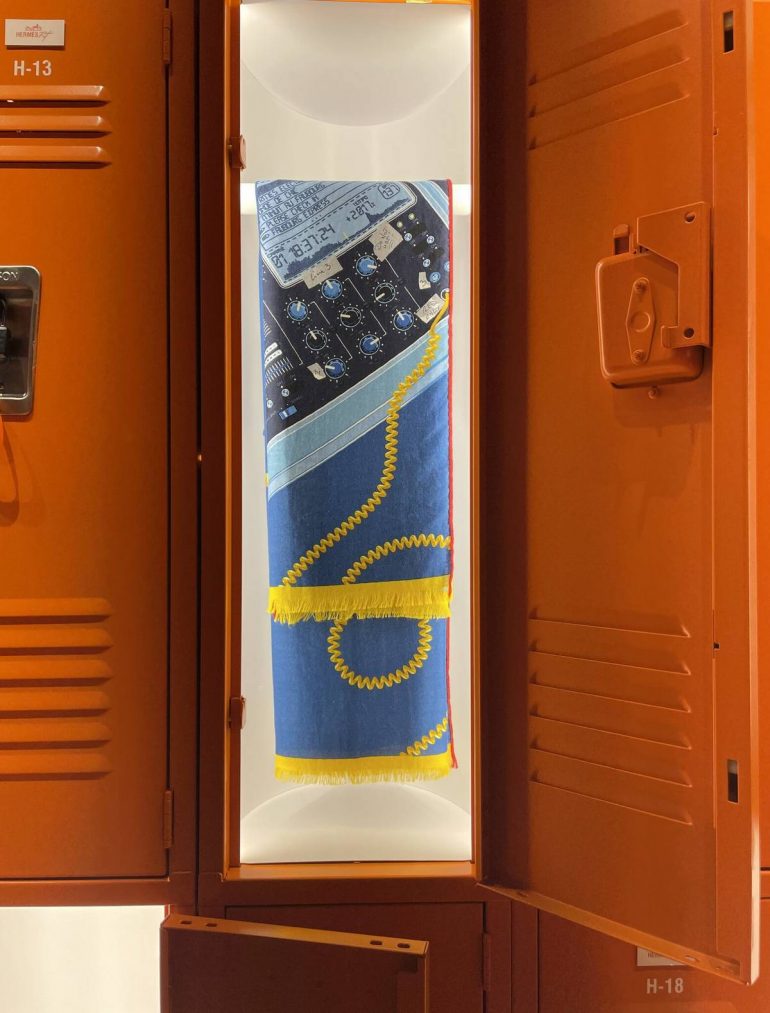 All images by Hermes