Swedish video game programmer and designer Markus “Notch” Persson became one of the youngest billionaires at 35 when he sold Minecraft to Microsoft for $2.5 billion in September. One of the first things he did with the money was buying the most expensive property in Beverly Hills, California. He shelled out a whopping $70 million for the 23,000 square-feet mansion. The price is a record for the neighborhood, according to Sally Forster Jones, Persson’s broker and president of Aaroe International Luxury Properties in Beverly Hills. Persson looked at the home, which had also been toured by Rapper Jay Z, for the first time about a month ago, she said. Let’s take a look inside Markus Persson’s swanky Beverly Hills house. 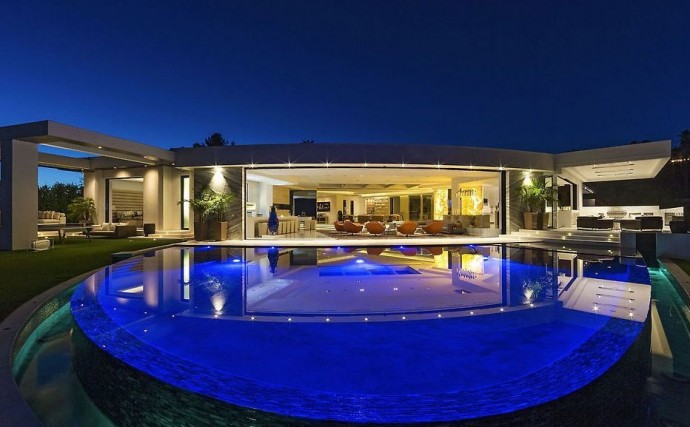 The $70 million mansion is located on a promontory in the high-end Trousdale Estates neighborhood. Bruce Makowsky, who made his fortune selling handbags through department stores and the QVC television channel, developed the house. Persson’s purchase included everything in the house from luxury furnishings to exotic electronics such as the automated 54–foot curved glass door in the living room that opens onto an infinity pool with iPad-controlled fountains and spectacular views. The long list of features include vodka and tequila bars, a candy room, an 18-seat tiered screening room, a state-of-the-art kitchen and an exquisite 18-foot onyx dining room table for 24 that includes place settings by Roberto Cavalli at a cost of $3,700 each. Three high-definition 90-inch television screens bring panoramic views of Los Angeles from the roof into the down stairs lounge – especially breathtaking at night, says De Los Reyes. Art pieces include a replica of James Dean’s motorcycle and a chromed Ma Deuce machine gun. On a conventional note, the home has eight bedrooms and 15 bathrooms all equipped with Toto Neorest toilets at a price of $5,600 each. It is believed that Persson paid about $15 million less for what the mansion was listed for earlier this year and he got one cracker of a deal. 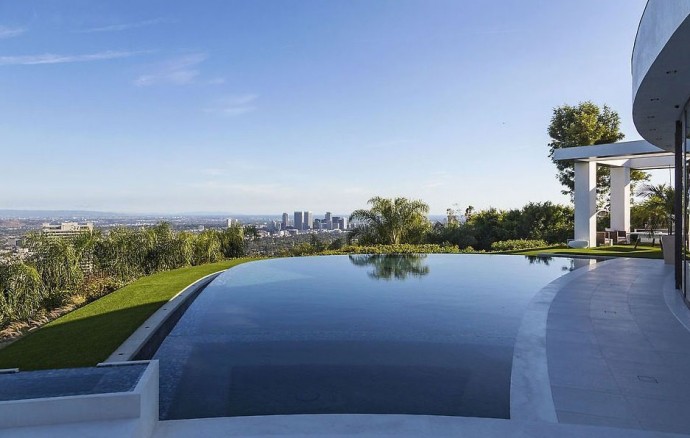 Tags from the story
Beverly-Hills, California