I wouldn’t want to live on a man-made island (surrounded by sea all the time). Don’t you think it would get a bit too lonely-n-boring? It isn’t a bad idea for a short weekend getaway for sure. But definitely not to make it your home! However, if you are a loaded recluse kind of a person then No Man’s Land Fort can be your future address. It was originally built between 1861 and 1880 off the coast of Portsmouth, England, and was designed to house up to 80 soldiers to help fend off the French Navy. At nearly 200 feet across the fort rises 60 feet above the ocean and already has generators for electricity and its own water supply. At present, it is being used as a luxury hotel equipped with 21 lavish themed rooms, two helipads, and a heated indoor swimming pool. However, the fort is up for sale after the owner’s company collapsed and he was sentenced to jail. 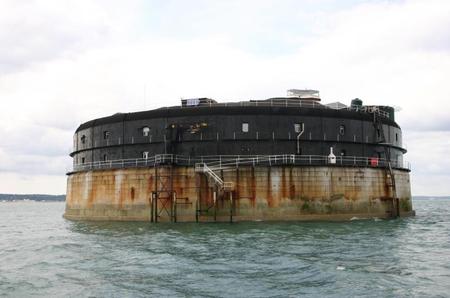 This exotic location (do you really think so?) is well known to passengers on the Isle of Wight ferry and it also featured as a backdrop to a 1971 Dr. Who adventure called The Sea Devils starring Jon Pertwee. Hey, did I mention the anticipated price of this piece of land……its somewhere around $8 million!
Source

Tags from the story
England