Celebrated fashion marquee, Louis Vuitton recently opened a new building in Tokyo’s uber- chic shopping destination-The Ginza. Unlike any of the brand’s prior office/merchandising places, this one is an architectural and aesthetic stand out with its very dramatic transformation at dusk. Each day after the sun sets, the novel LV edifice gets illuminated like a giant lantern, thanks to the bulk of integrated LED lights. 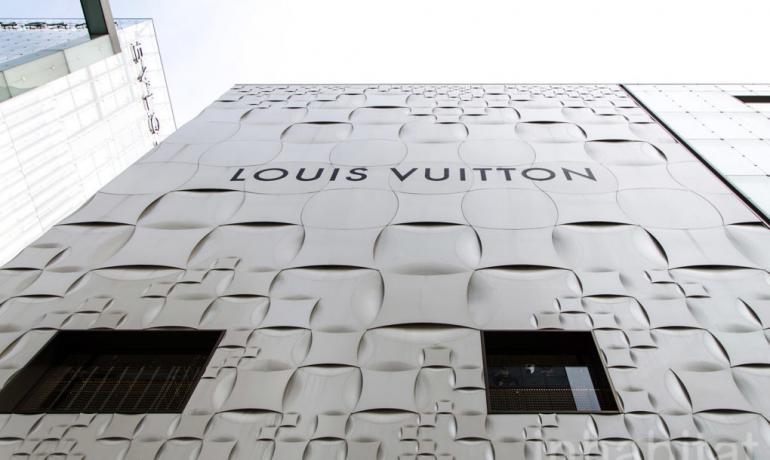 Designed by renowned Japanese architect Jun Aoki, the store features the brand’s iconic Damier Canvas pattern which is perfectly complimented by a super thin layer of LED lights. Though the structure may pass off as extremely complicated, in reality it is comprised of two simple layers – each made of 5mm-thick modular aluminum panels. The star and funnel shaped elements in different sizes house the LED panels which further accentuate the three-dimensional impact of the building’s surface. Further, the building’s shape and pearl paint finish seamlessly capture and reflect the ever changing ambient light, which makes it appear equally stunning in the day as well. 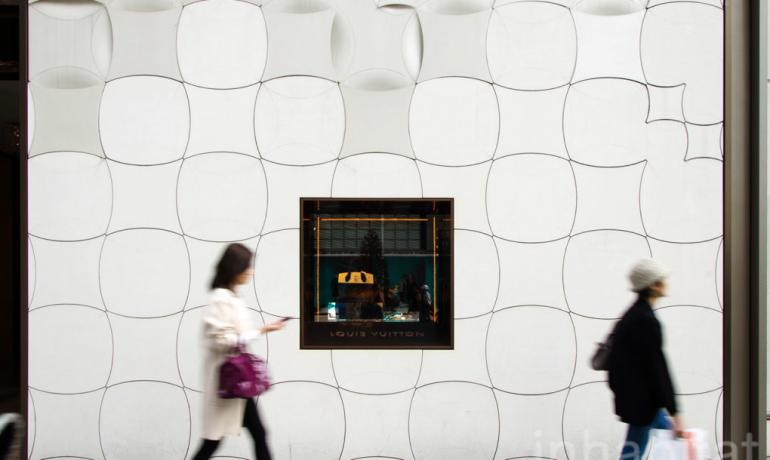 LV has continually collaborated with Aoki, with this being the eight project completed by the architect for the label. Aoki has previously designed buildings for LV in Hong Kong and New York city as well. Each of his designs provide a fresh new perspective to the classic chessboard patterned aesthetics. All said, this new LV Tokyo store is a seamless reflection of the brand’s long standing lineage and its never dying command for style! 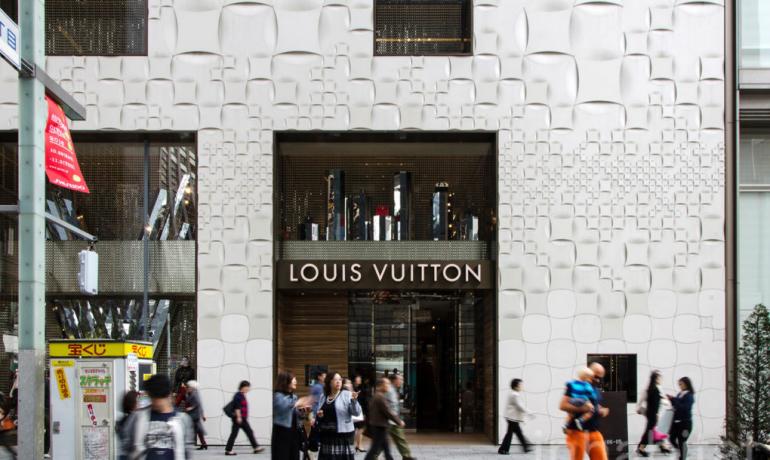 READ:  No Man’s Land Fort is still on the market - anybody interested? 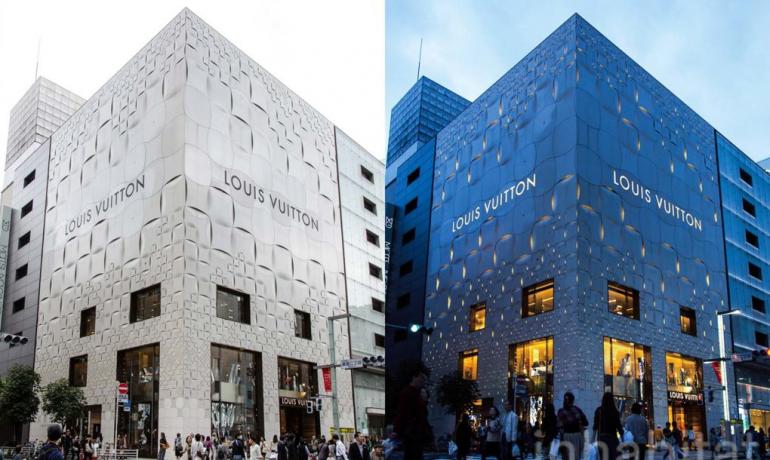 Dyson has designed a ventilator in 10 days and will soon produce 15,000 of them to help Covid-19 patients in the UK