If you’re a water baby with a massive bank balance, then this piece of information is for you! A gorgeous property in Boca Raton, Florida, is now listed on the market and it could be yours if you have $43 million to spare. Spread across four acres of beautiful waterfront land, it is rightly referred to as a ‘unicorn’. But we aren’t too sure about it. Why you ask? The property is mostly underwater! Yes, that’s right! It has legally been declared as buildable land but will require some work on it. 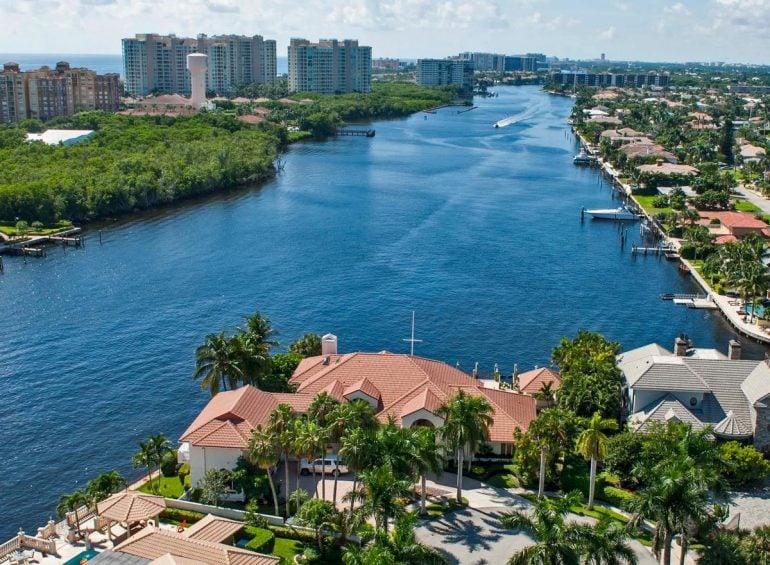 On the plus side, the homes in the property’s vicinity have been appreciating in value monthly by more than 10 percent over the past 18 months. The 4-acre parcel is also referred to as one of the last undeveloped waterfront sites on the market in Boca Raton and can accommodate at least four homes and as many as seven homes.

Further, it has about 600 feet of frontage on the Intracoastal Waterway which boasts a series of inlets and canals that wealthy residents use to dock their boats and yachts. For those interested in buying, the realtors will build a seawall and fill the dirt around the property for an additional $3.5 million.