Once upon a time there were two car ladies. Marjolein (photographer) and Odiel (test driver). But there was only one car, a bright shiny blue BMW 4 series coupé. Like two tigresses, they fought with each other to drive the BMW. “I want to ride!” Marjolein shouted angrily. “No, I want to race the accelerator now!”, Odiel said, disappointed. She pulled Marjolein with her long blonde hair from the steering wheel. Only Marjolein braced herself and bit hard into the soft leather of the wheel of the 4 series. She would not let go … 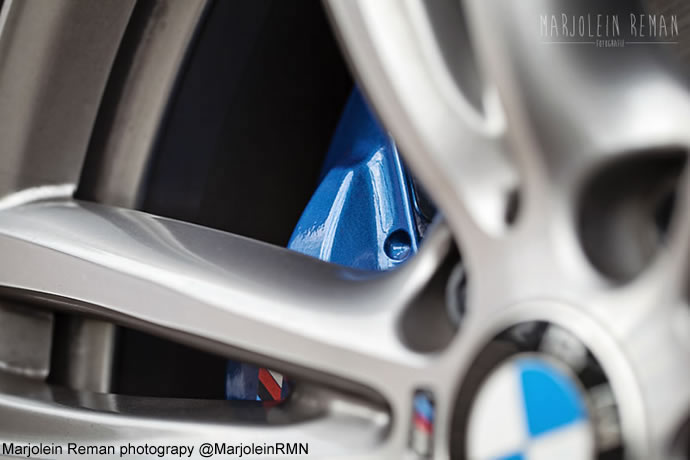 Were we really having a bitch fight over a BMW 4-series coupé? 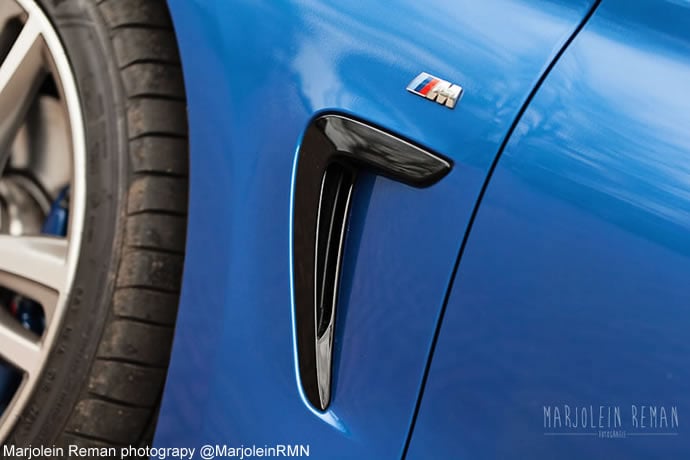 With its sleek, athletic appearance, the angry look in his headlights, the impressive grill, his awesome wheels and his sky blue color, our BMW 4 series coupé radiates self-assurance and character. Okay, for some people, the BMW 4 series is too pleased with itself, but I do like a bit of arrogance in design to stand out amongst all the boring cars on the road. 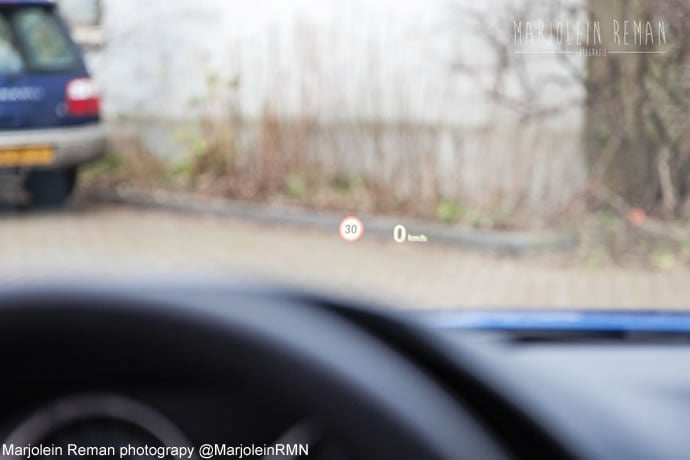 This BMW is very hospitable. As if he helps me into my coat, the seatbelt is automatically handed to me after boarding. The belt butler (as it is called) is not the only charming feature of the BMW 4-Series coupé. Very gallant is the fancy’ head up display’ in the BMW. And no, there is no spot on my windshield; the head-up display is a kind of small mini cinema on the windshield. Compact, but big enough. It gives me information about my current speed, what the maximum speed is at every given point, the next step in navigating me to my destination, and it also tells me to which radio station I’m currently listening. As a result, I can keep my eyes focused on the road as I don’t need to check these parameters separately on the different devices in the cockpit.

As it turns out, The BMW 4 series coupé is also a hero when it comes to parking. Nowadays, we’re all familiar with parking sensors and cameras in the front and rear of our car. However, this care offers another brilliant gadget: cameras in the fenders of the front wheels and another one on the tailgate. The bird-eye camera from the side helped me to park the BMW scratch free. 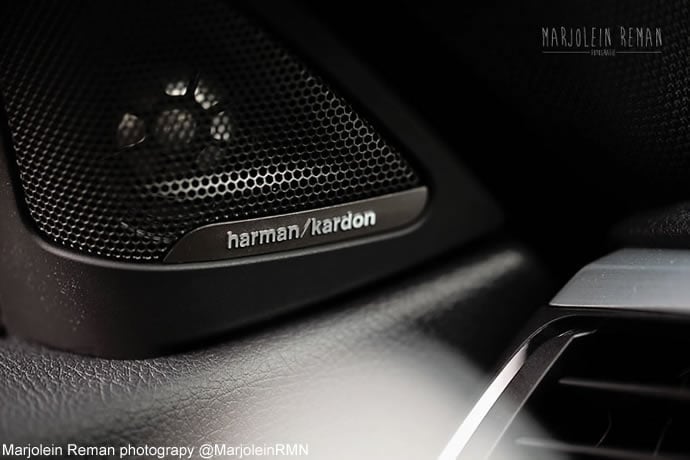 I also enjoy the Harmon Kardon in the BMW a lot. The sound is crystal clear and gives an excellent bass. That means double enjoyment of Armin van Buuren and Frank Sinatra in the cabin of the car. Okay, I should say that with are pretty spoiled with all these extra’s. We could buy a car of the total value of all of the options we just mentioned. In addition, his courtesy is only meant for skinny drivers. If you are somewhat obese, then these sports seats, are a little too tight. 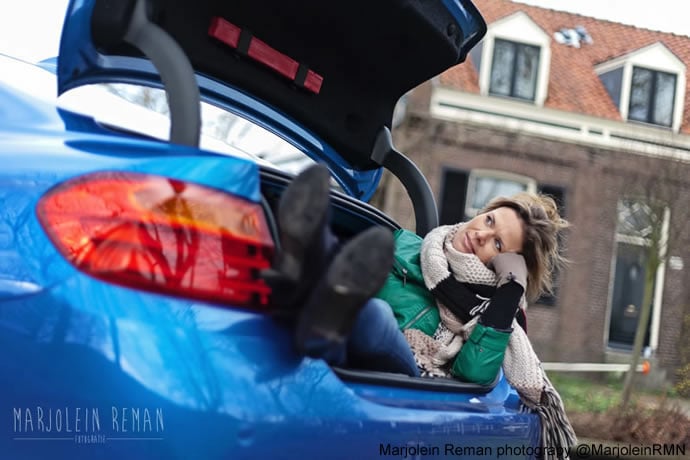 Attentiveness is plus three of the character of this 4 series coupé. The 180 hp in the 4 series gives me the freedom to choose my own driving style. When I feel like sympathizing with the environment, I put on the eco-mode, which makes the BMW surrender some power and drive über economically. Do I fancy a quick kick? I turn to sport mode, then a small shock in the car makes clear to me that I can drive and play pinball whenever I want to. I am amazed of the power of the car, is it only 180 hp? It feels faster. Great! And the average consumption is top notch at 5.9 liters per 62 mph. The chassis is sublime. Sporty, comfortable, and smooth. Bounce and sway do not exist in his dictionary. The steering works intuitively and reacts immediately; you can drive with a pinky if needed. 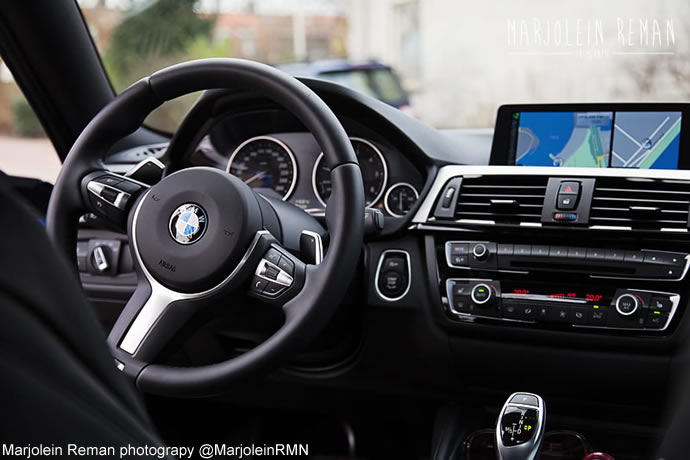 The BMW 4 series coupé is quite practical with lots of useful pockets and compartments, parking sensors, touchpad and touchscreen navigation, head-up display et cetera. But it’s not exactly the ideal family car. It’s a coupé and therefore has two doors. So you have to be pretty nimble when you want to attach child seats in the backseat. But hey, where there is a will, there is a way. But don’t worry, BMW has recently introduced a four-door version of this beautiful machine, called the BMW 4 Series Gran Coupé. 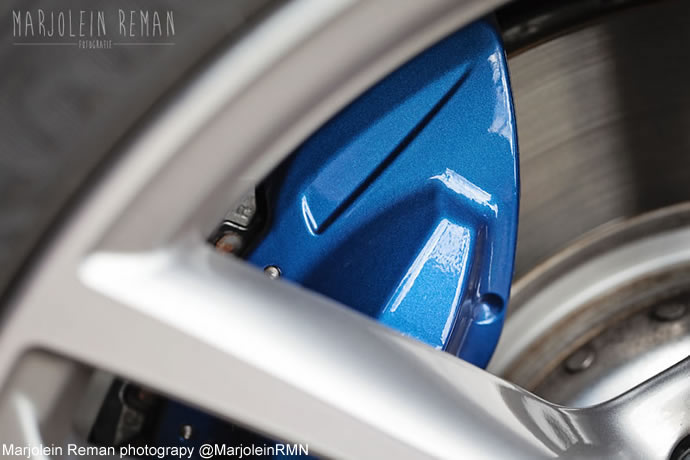 Pretty weird when a car gets in the way of a friendship. The strong appeal of this wonderful BMW kept us both in the grip. The BMW 4 series coupé is a car that every lady should have in her shoebox for cars. That, in case of bad hair, you always look amazing and well ‘dressed’ in this delicious German car. 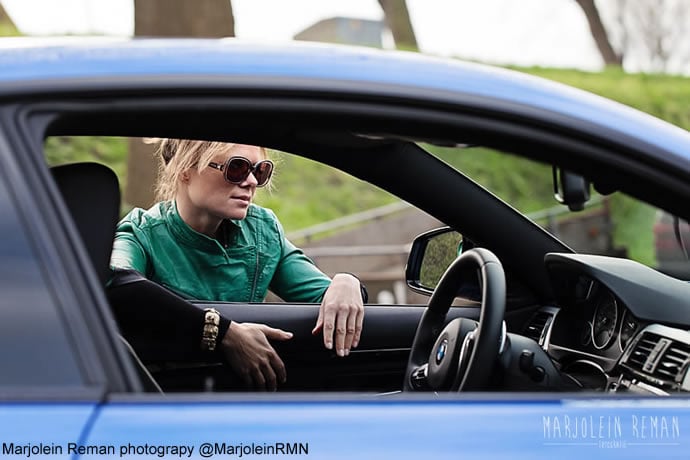 Nice to know:
This BMW 4 series coupé is the successor of the old BMW 3 series coupé. The standard price of the 420d (diesel / 180 hp) that we drove is nearly 60,860 dollar/47,000 euros. However, the total price of our test car was more than 90.643 dollars /70,000 euros. We had the ‘all inclusive package’ BMW, including a High Executive Package, innovation package, M Sports package (appearance of the fastest BMW) with the most expensive headlights, and a sublime audio system. 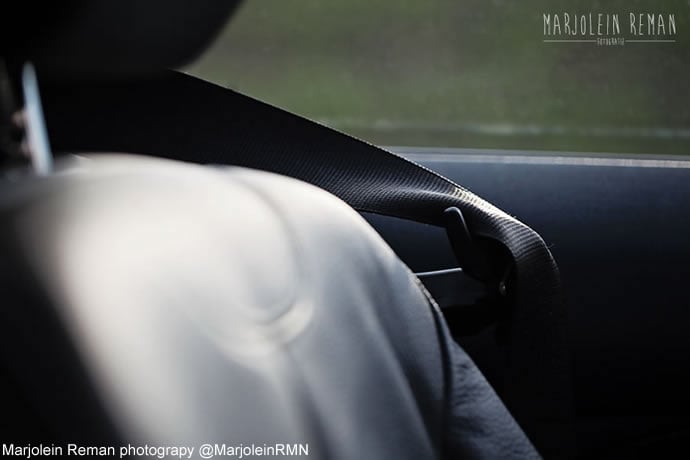 Evelin Dorssers and Odiel Mennink write for www.femmefrontaal.nl a Dutch website that focuses on the female perspective on cars. In addition to reviewing cars, giving news, and writing columns, they also give women the opportunity to read and write about their own favorite car. With a growing user base FemmeFrontaal is also a jury member of the coveted Women’s world car of the year award.