“Wet”, “Whatever Whenever”, “Wash”. By now it must be clear to globetrotters I’m referring to W Hotel, rather their pool, concierge and laundry bag, in that order. After all, W Hotels attempt to include the letter W wherever possible. But it was a-W-ay Spa that took my breath away at W Guangzhou in China. 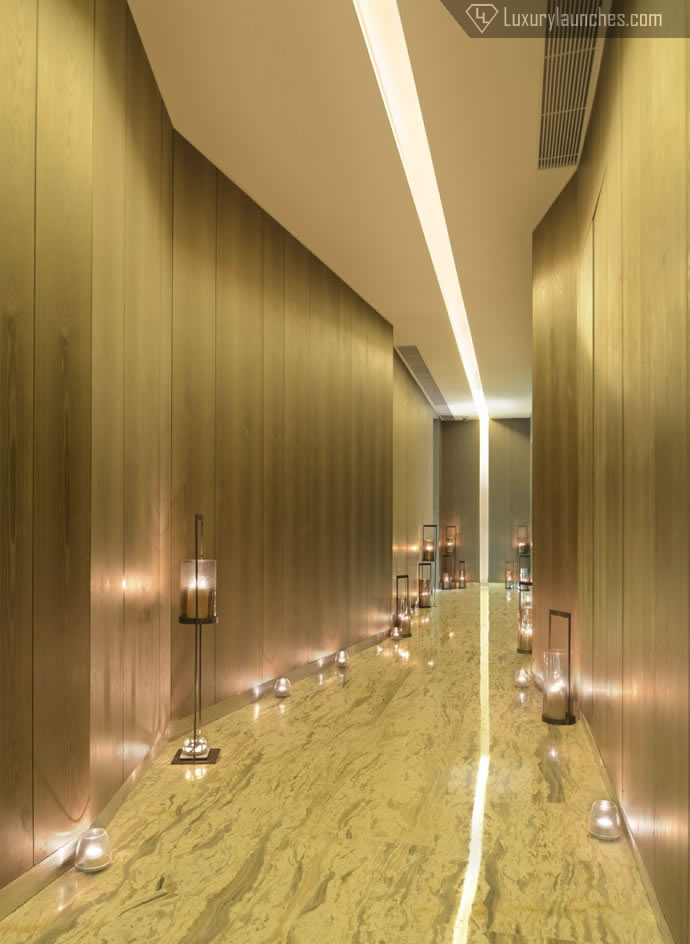 Introduction
This Starwood luxury boutique hotel brand has scored points from a younger crowd for its minimalist modern decor and hip, informal theme. The spa, however, is a bit traditional unlike the rest of the rad hotel. Which is only fair, or necessary even, given the appeal for R&R remains the same across all age groups. So that’s another point for perceptiveness.

Located on the 28th floor the luxurious spa is spread over 1500 square meters. The first W signature AWAY Spa in Mainland China, it has a standard number of single Treatment Suites – seven. The Couple’s Suite is where one can fine two signature W Spa LED treatment beds. And now for the specialty WHO Suite, which houses two treatment beds and a vitality bathtub.

Treatment
That probably gives you a good idea of what to pick for yourself. As for me, I sipped on my hot tea while filling up a questionnaire on what I hoped to achieve after the treatment, the areas of focus and the level of pressure preferred, before heading for my massage as a single. I had opted for the 60-minute Freedom massage, a medium pressure massage inspired from Indonesia.

Having already mentioned Away spa like most others, is a tad traditional, the room too had the whole shebang- soft music, dim lighting, basically everything needed to relax completely. The treatment started with some gentle massaging with warm herbal oils, after which, some fresh Ginger press was used for my lower back and shoulders. To be honest, that worked wonders after 9 hours of flying.

I could already feel the effects kick in when my therapist began increasing the pressure and combined that with pressing some acupressure points on the palms and feet. Now acupressure has been known to have miraculous effects on overall health despite stemming from a few points in the body. So the seamless inclusion of the subtle technique along with the relaxing strokes obviously had me impressed.

This was followed by some stretching of the arms to improve the blood circulation. As much as I loved the fact that this massage involves a combination of techniques and the application of fresh Ginger in order benefit from its wondrous properties, it did give the oily and sticky feeling that comes with oil massages. Of course, one’s sticky can be another’s hydrated. In retrospect, my skin did experience the latter for long after the treatment.

Verdict
To conclude, the massage was relaxing and invigorating at the same time, just what I needed after a 12-hour journey from Mumbai, India. The only downside though, would be that English was a slight problem with the therapist. She did, however, do her best to understand with the aid of a smartphone translator. So there might be tradition aided by fresh, 100% natural healing potions but even at the spa in a W Hotel, you wouldn’t miss technological sophistication.