Ah, I see another tunnel coming up on the way. So what else can I do but roll my window down, go on sport mode, shift back to fourth gear and achieve full throttle through the tunnel? Just listen to the ROAR coming from that exhaust. This will never get boring!

I’m in a Maserati, an Italian car famous for its trident logo and an engine sound that is pleasing to my ears. Today, the exclusive sports car brand, which only produced 15,000 cars in 2013, celebrates its 100th anniversary. Quite a rich history, I must say! 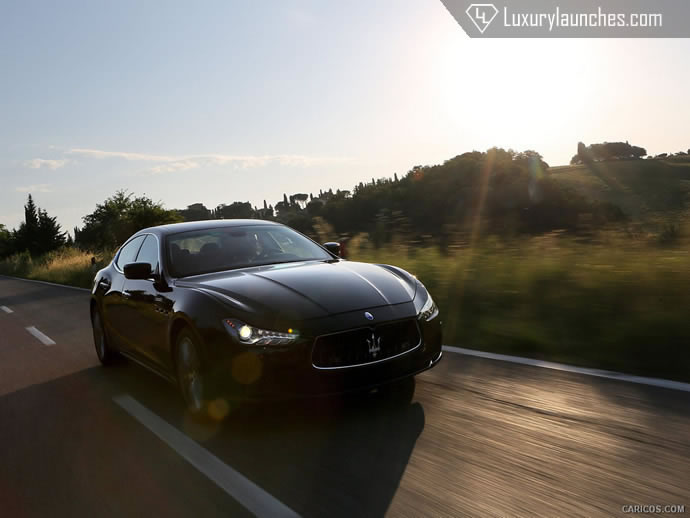 Conquer the world
But Maserati wants more, much more. And that means that the production by the end of 2015 has to be pumped up to reach 50,000 cars! The likelihood of the daunting task seems as impossible as preventing women from buying more shoes, doesn’t it? So, therefore, an ambitious goal has been set, a goal which focuses mainly on the German posse – BMW, Mercedes, and Audi.

The latest weapon in the treasury is the new Ghibli and, as luck would have, it also happens to be the model I’mI’m driving today! The Ghibli is one of the more “affordable” models of the Maserati’s and one of the first to also have a Diesel version. I drove the Ghibli S Q4, which is the quickest of them all! However, it remains to be seen whether the car is fit for a businesswoman. Let us investigate further. 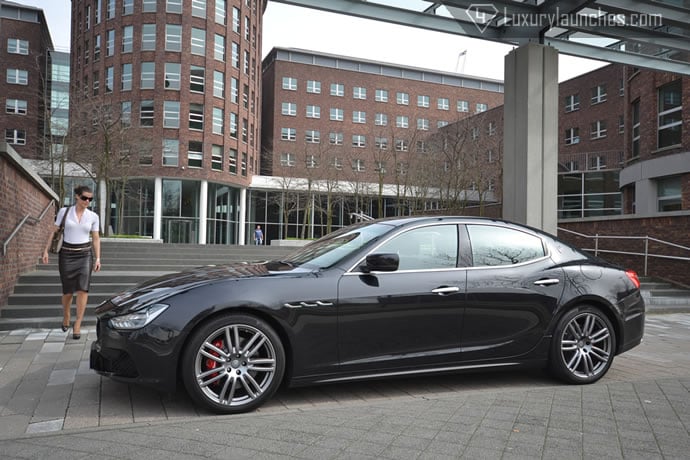 Hot looks
The first impression is great. The Ghibli has a hypnotizing look that doesn’t allow you to look away. The headlights and the trident in the grill daringly stare at you, just like Neptune’s itself. The beautiful Italian design is a welcome change as compared to other boring business sedans. The Ghibli is a seducer. He is aware of his own beauty. Like a man so confident, he waits for you to kiss him at the end of a date instead of the other way round.

However, the interiors are not particularly impressive. It’s good to be in the leather-wrapped interior, but the seats are not the kind of soft, fragrant leather that one expects from an Italian car. The leather seats are good, and the navigation is nice and clear. Of course, the characteristic clock has found its way back to the dashboard again. I feel maybe that can do with an upgrade. The backseat of the Ghibli S Q4 offers plenty of head and legroom and a trunk with a storage capacity of 500 liters. That’sThat’s more than enough for my business (and shopping, of course) adventures. 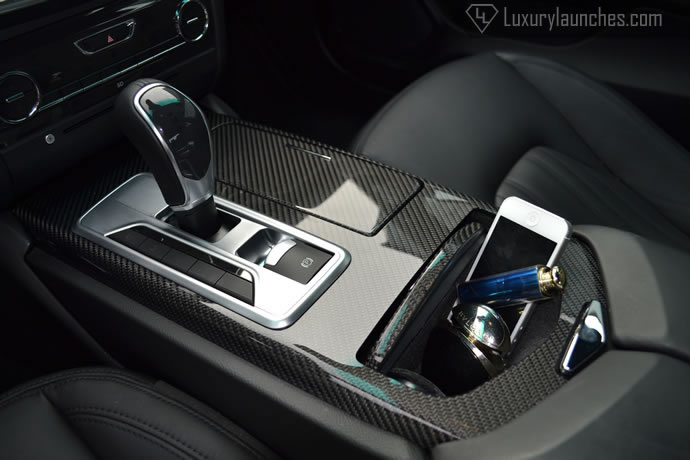 Floppy ears
The bonnet houses a Ferrari V6 engine with two turbochargers and 404 horsepower. Furthermore, the engine is fixed to an eight-speed automatic ZF transmission. The Ghibli shifts nice and smooth but I did struggle a bit with the paddles behind the steering wheel. I mean they are as big as Walt Disney’sDisney’s Dumbo ears! Every time I wanted to switch on the indicator I got into trouble with the left paddle which is located just in front of the indicator. Not ideal for shifting lanes, I would say.

The Ghibli S Q4 is four-wheel drive, but the system is set up to give power to the rear wheels with force being distributed evenly onto the four wheels only in the case of asphalt, which is slippery. As a result, the car is so well balanced that even if I turn hard into a corner, it never feels like I’m driving a heavy sedan. And with a sprint that goes from 0 to 60 mph in 4.8 seconds, it is a speed junkie’s dream! 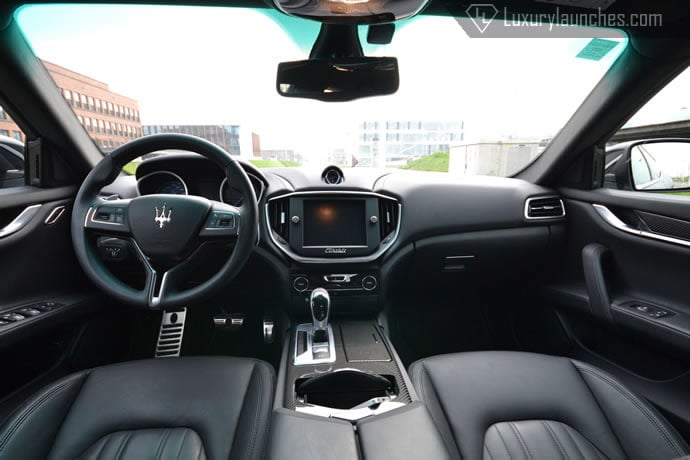 The essence of driving
Do not expect gadgets like lane departure warning or stirring assist on the Ghibli’s options list. According to Maserati, that ruins the experience as well as the essence of driving. And whether its the truth or not, honestly, I do not really need all those gadgets. Besides, the constant bleeps sounds and flashing lights on the dashboard are unnecessary and a little bit annoying. 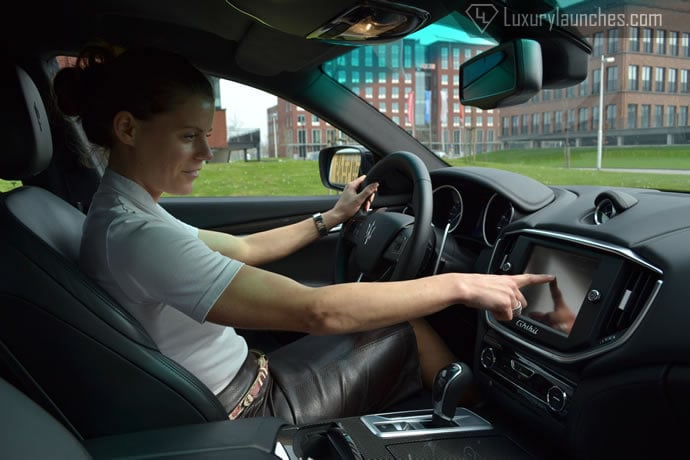 Businesswoman car
In conclusion, I ask myself, is this a car that a businesswoman should buy? I would think so. But from a business perspective, I would go for the more efficient and cheaper diesel version that also has enough power – 275 hp forward (prices from 66,900 dollars to 88,300 dollars) for the version I drove. The Ghibli SQ4 is not perfect and quite pricey but certainly, the combination of Italian charm and emotion mixed with good handling is too much of a temptation to resist.

Evelin Dorssers and Odiel Mennink write for www.femmefrontaal.nl a Dutch website that focuses on the female perspective on cars. In addition to reviewing cars, giving news, and writing columns, they also give women the opportunity to read and write about their own favorite cars. With a growing user base FemmeFrontaal (Follow them on Facebook) is also the jury member of the coveted Womens world car of the year award.