It’s hard not to return a Japanophile from a trip to the Land of the Rising Sun. Kyoto, especially, makes sure of that. Before you even get there, you’re smitten because you’ve likely ridden in on the marvelous Shinkansen from Tokyo or Osaka, where the two closest airports are. You’ve also likely done the beer-and-bento routine on the train, which means you’re mighty pissed by the time you alight, from the 5.0% ABV and need for no restraint combined. And more than your regular amount of astounded when a dapper sixty-something taxi driver whisks you off.

#luxekyoto
Just the process of finding words to describe Kyoto can be overwhelming; the city is so much. Not in size, but in vastness and diversity of offerings. You can bike around the erstwhile capital with as much ease as you can, say, park that same bike outside the H&M and bargain-hunt. Or visit a shrine dedicated to ladies, or make a day out of drinking sake seated on tatami mats in a Japanese ‘machiya’. There’s a Manga museum but only a few feet away is the Dean & Deluca, that stocks “milk jam” from Hokkaido in northern Japan.

Kyoto is also the setting for the coolest coffee shops, nameless bars with nothing but candlelight for décor (yep!), and phenomenal food of course. But besides boasting a sake district and a general caffeinating quality, Japan’s seventh largest city (and second most frequented, after Tokyo) is home to the awe-inspiring Bamboo Forest, surrounded by Japanese hot springs or ‘onsen’, and probably the only place to spot an actual geisha. In short, Kyoto is the perfect symbiosis between old and new Japan. The Ritz-Carlton made sure we got to see that.

Location, location, location
Wedged between the bustling Nishiki market-Sanjo dori neighborhood and the historic Gion district, The Ritz-Carlton Kyoto, is ideal for both avid shoppers and shrine enthusiasts. And the Hotel’s proximity to Higashiyama ensures both can go bar hopping along the canal come sundown. Or not. The Ritz-Carlton stretches along the banks of the Kamogawa River, which puts it right next to what is seemingly the most popular recreational spot among locals, who can be seen strolling/ cycling by or walking the stepping stones that run across the slow, gurgling river. Just remember to grab your croissant Ispahan on the way out- there’s a Pierre Hermé Paris boutique, one of Japan’s few, on the lobby level. We don’t know about you but we couldn’t wait until breakfast!

The Ultimate Urban Resort
Speaking of, breakfast itself was a modest affair at the Hotel’s Italian outfit, La Locanda, Pierre Hermé viennoiserie being the standout. That is, if we’re not counting the century-old dining room retained from the original structure. The restaurant has been expertly built around it. Similarly, Kyoto’s old-meets-new theme runs throughout the Hotel- our Luxury Riverview room was a breath of fresh, modern minimalist, but not without the Japanese bonsai and waiting green tea kettle. And from what we saw, several of its 134 rooms and suites also pair state-of-the-art amenities with private Zen gardens.

Designed by Remedios Design Studio, The Ritz-Carlton is a curious city hotel-resort hybrid; it’s airy, with lots of natural light, surrounded by greens and adorned with one several hundred years old bonsai. It’s probably also some part ryokan. A lot of folks come to Kyoto looking for a ‘ryokan’ experience. A ‘ryokan’ is a type of traditional Japanese inn, with futons and sliding doors and tatami mat flooring. The Hotel seems to have found a way to offer people that without them having to compromise on comfort; Garden Terrace Suite TATAMI is just the right mix of Japanese Zen and room service.

Another fascinating feature of the property is its three-story waterfall. When you’re not busy being transfixed by the Kamo-river view from your room or getting some shut-eye on the 600-thread count sheets, you can enjoy the sight ordinarily limited to the outdoors, over a drink at The Bar, from The Lobby Lounge, their Japanese restaurant Mizuki’s bar stools, or even from right inside the indoor swimming pool.

What really struck a chord though were the Hotel’s activities and tours; we took the Cycle Tour that involved electric bikes, riverside trails and a guided walk of shrines, on Day 1 and an Art Tour within the property, on the other. We even got a good look at Sake Tasting, which we highly recommend to those interested in Japanese food and beverage. Most activities are provided to guests on a complimentary basis. 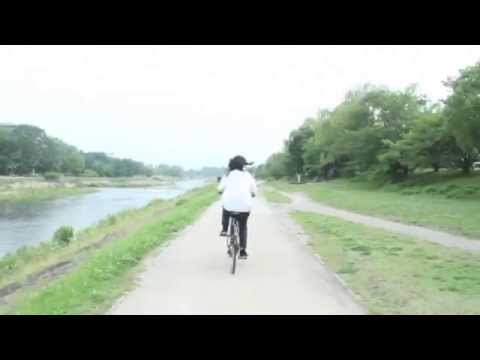 Early morning riverside electric-biking and shrine touring, with The Ritz-Carlton Kyoto
Verdict
For a relatively young property, The Ritz-Carlton Kyoto sure seems to be checking all the right boxes. Whether it’s the water-lined entrance path, or something as basic as the bathrooms. Which combine the conventional luxury of Asprey products with a little extra, by way of Kyoto Shabon-ya handmade soap and bath salts. All rooms and suites come Nespresso kitted, the spa is ESPA, the Hotel even has its own original green tea and citrus scent and it’s hard not to want to take that back. Which, as a matter of fact you can, since they’ve packaged the fragrance into room sprays and aroma oils. 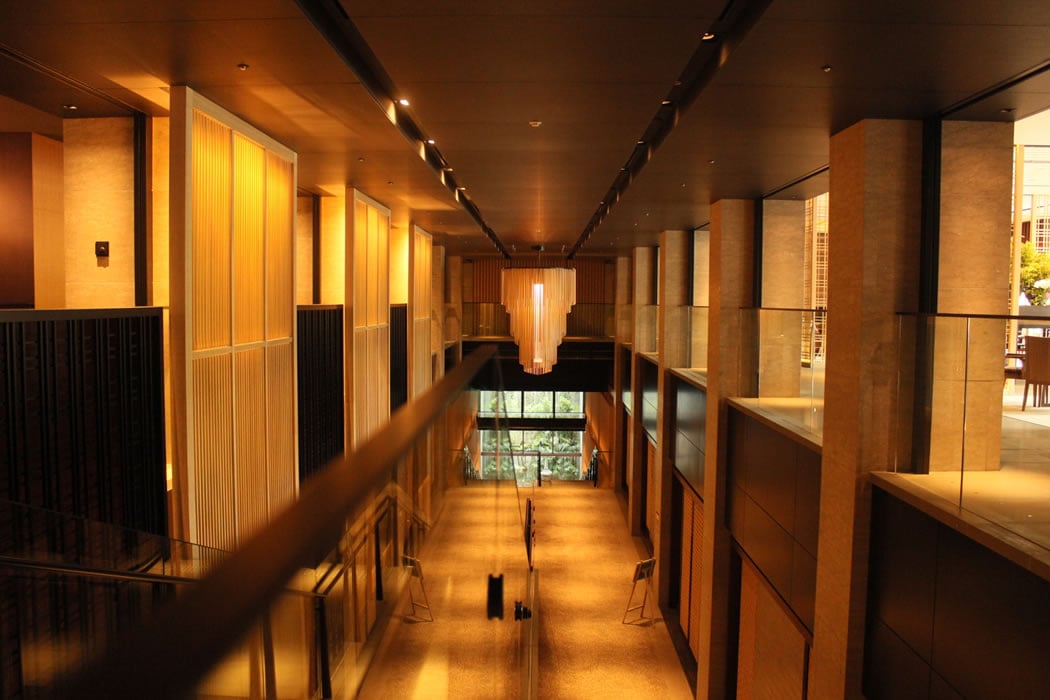 On the other hand, they lack The Ritz-Carlton Club level, which is just as well. Since, we can’t imagine people complaining about ‘club’ when they have ‘resort’ down pat. Also, if you aren’t big on planning ahead, you have a trusty guide in them. If, however, you do have a specific list, it might be harder to cross off most things from it than you might think. Even with the concierge’s intervention, communicating with local establishments for bookings/ tours remained difficult, a corrigible flaw in an otherwise perfect arrangement.

Note: The author was hosted by The Ritz-Carlton Kyoto in a Luxury Riverview Room.