Mountains. The ocean. And a pinch of subtle opulence. It’s all you need for a fine getaway these days. Known for its tapestry of culturally-inclined architecture and oases of beauty, Oman seemed to be a perfect getaway for me. And it’s here that these three elements of my longing could be enjoyed in harmony. The Shangri-La Barr Al Jissah was my destination of choice, not just for its attribute of being a Shangri-La property, but also because of the natural backdrop it resides in. 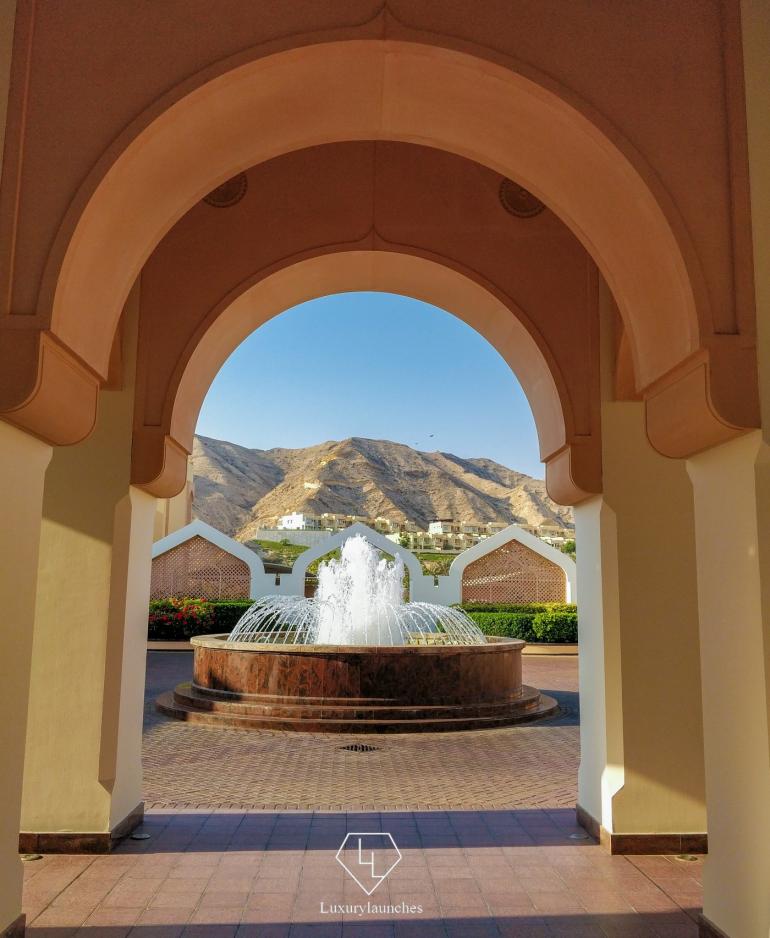 The secluded property is just twenty minutes away from the hustle and bustle of Muscat and forty-five minutes away from the airport. This sets up the tranquillity rather well. Resembling Omani structures of yore, the exteriors are simply cut while the interiors unleash the grandeur that takes some getting used to. From fountains arising from amid golden tiles to a canvas of carpets and traditional war accessories, the interiors resonate the true Omani wealth, which is its culture. It balances the indoors with the outdoors perfectly. Sitting by the palm trees in the courtyard as you reflect on the majestic Hajar Mountains in the backdrop is a scene straight out of an Arabian novel. 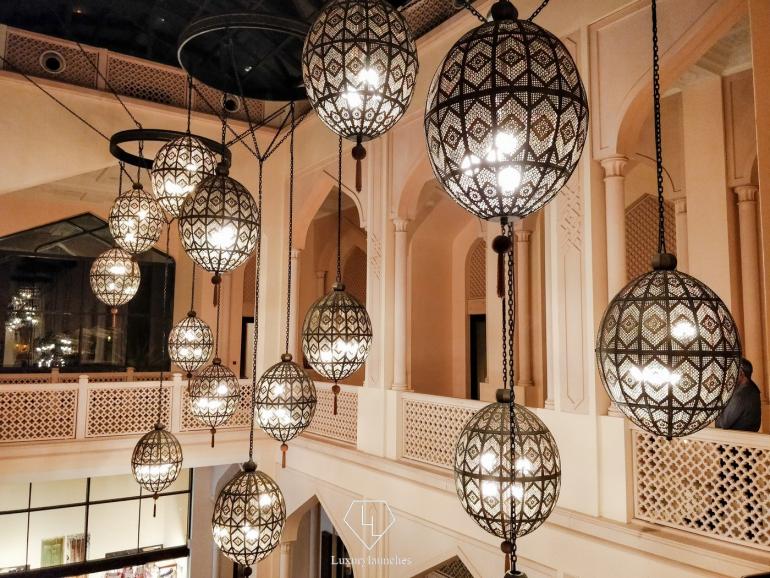 The Barr Al Jissah is a part of a resort complex that has other properties, under the Shangri-La banner. However, it isn’t the most vivaciously luxurious from the rest. Yet, the elusiveness of excess seemed to be palatable for someone like me, who traveled with a pre-notion of Shangri-La being among the most luxurious. The good part is that there is a lot that one can enjoy within the premises. The infinity pool, for starts, offers the choicest views off its edge. What matches this is the service you receive by the pool, with refreshments delivered as well as Evian sprays. Along the property flows the lazy river that adds a unique motion to the Arabian stillness. 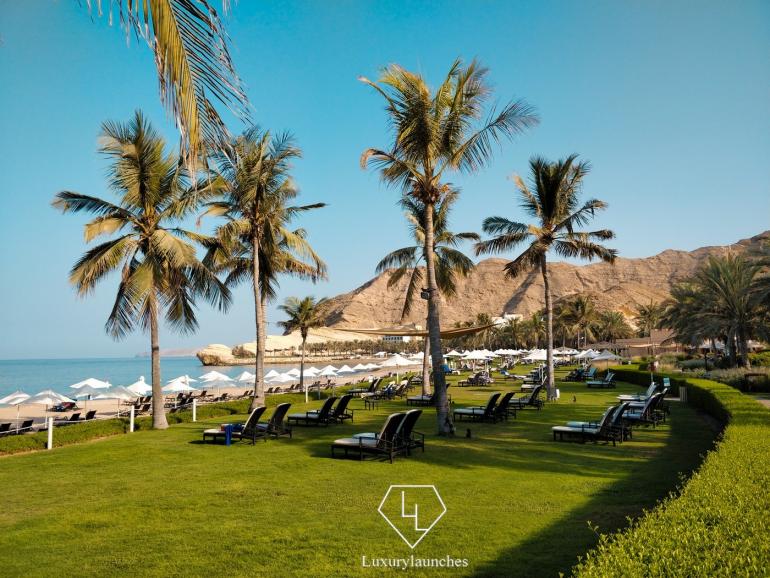 I found the Barr Al Jissah to be a perfect destination for a family vacation. Other than indulging in the joys of watching the lazy river flow by and taking a dip in the infinity pool, the young ones can also indulge in camel rides. The pristine blueness of the ocean is a showing contrast against the brown hues of the Arabian paradise. Thanks to its own private beach with special services delivered to everyone lounging there, the beach is one of the most frequented destinations. There are rows of loungers laid along the beach. One of the key attractions for guests at the Shangri-La in Oman is the opportunity to watch turtles hatch on the beach. The maiden journey they undertake from their nests to the sea is one of the most enchanting sights. The hotel has employed its own messiahs who are responsible for the welfare of the turtles, which was rather impressive. 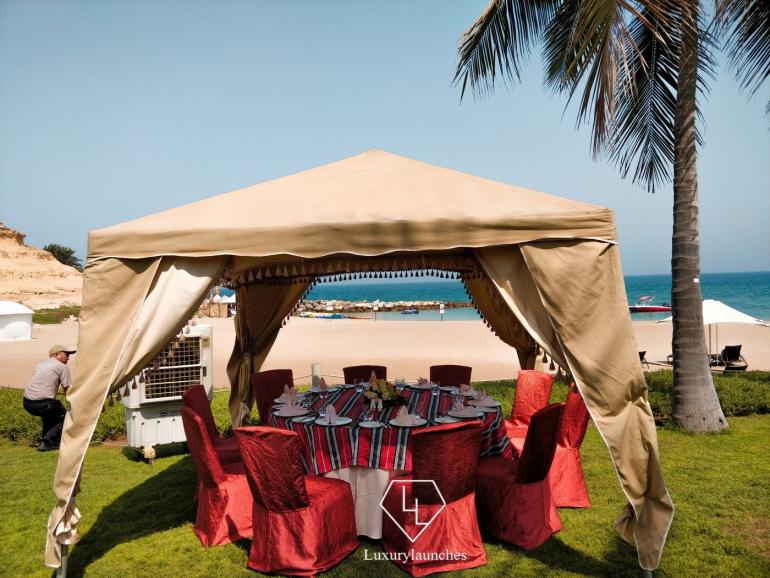 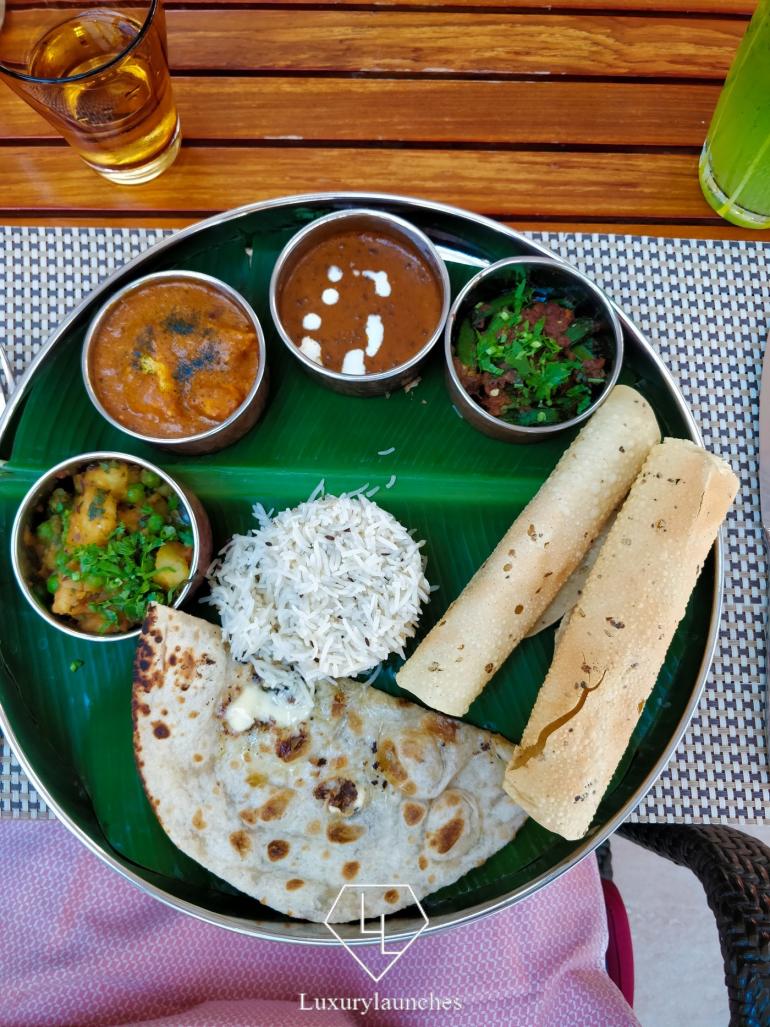 Shangri-La’s properties are known to bless its guess with some of the finest gastronomic delights. There are over twenty-two bars and restaurants that speckle the property, each with their own charms. For those looking to explore Indian flavors at the resort, the Al Tanoor serves an Indian thali, which I found to be rather impressive. The Capri Court is for those who prefer the outdoors. To rejuvenate, you can head to the Chi Spa, where patrons are treated to a vitality pool, herbal steam, tundra and tropical showers, and even an ice fountain. 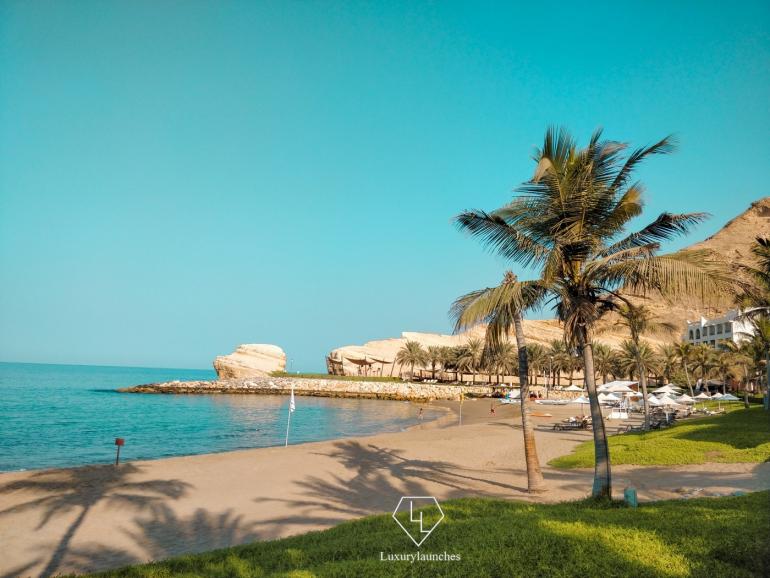 I was put up in the Al Bandar Deluxe Room, which was spread across 409 sq. ft. and offered views of the garden and the sea. It had its own balcony, a shower cubicle, satellite television, Internet connectivity, a mini bar and coffee and tea making amenities. 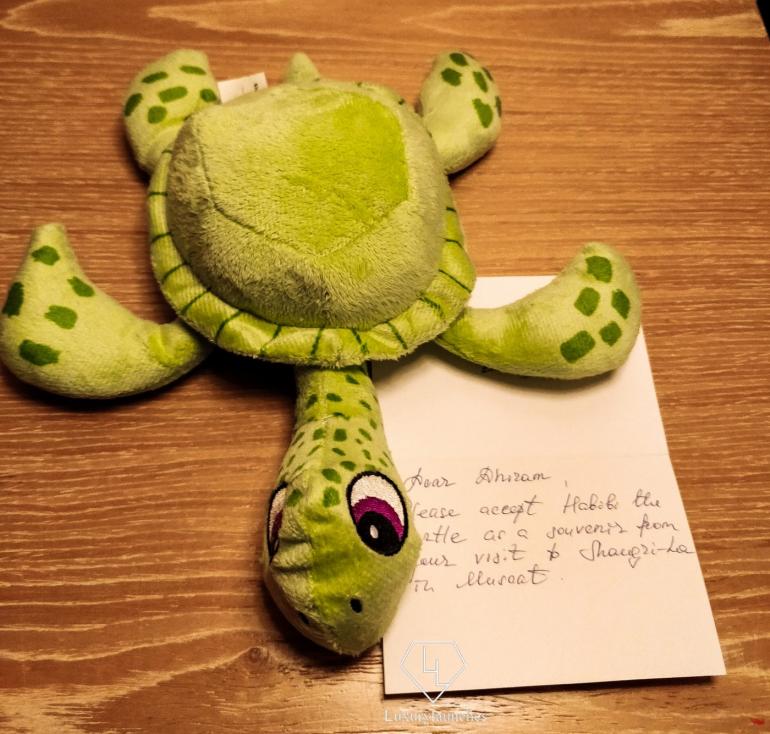 Oman is a great place to travel with a family and if you’re looking for a place to head out with the kids, then the Barr Al Jissah is a perfect paradise.