The Taj Pierre’s location on Fifth Avenue leverages it to be one of the most conveniently located places in New York. It is a short walk away from Times Square, Broadway theatres, and myriad boutiques on Madison Avenue. It is also a point where the Museum Mile begins offering an open display of cultures from around the world and nine museums, including Met, Guggenheim, National Design Museum, Museum for African Art, and more. For a history lover, this mile is a trip down history. 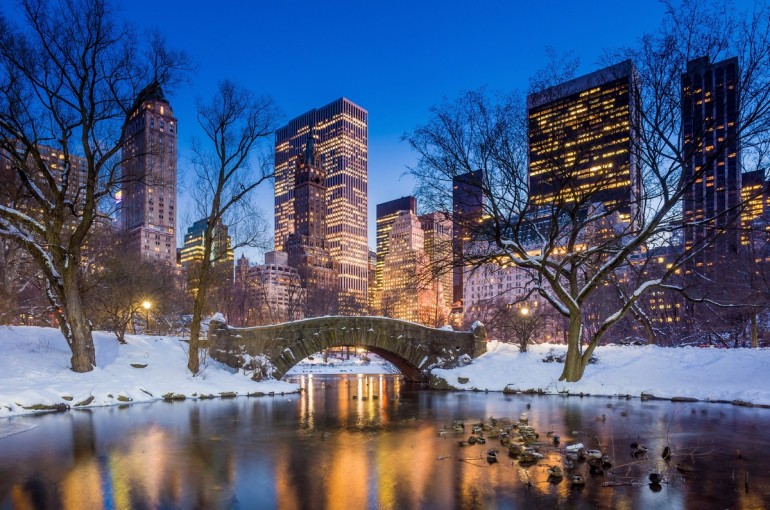 The hotel stands right opposite to the Wollman Rink. A recent narrative by Donald Trump should get you inspired to check this out: “Once upon a time, there was an ice skating rink in Central Park that could no longer make ice. No one could figure out how to fix the skating rink. Years went by, and millions of dollars were spent, and still no ice. One day a white knight wearing a bright red tie showed up and said: ‘Let there be ice!’ Four months later, there was ice. When asked by the press why the people had been unable to fix the rink themselves, the knight said, ‘they’re very nice people, and I like them very much, but they’re all idiots!’ And everyone lived happily ever after.” And while at it, you may want to check another urban legend, the Apple store, which is close by. 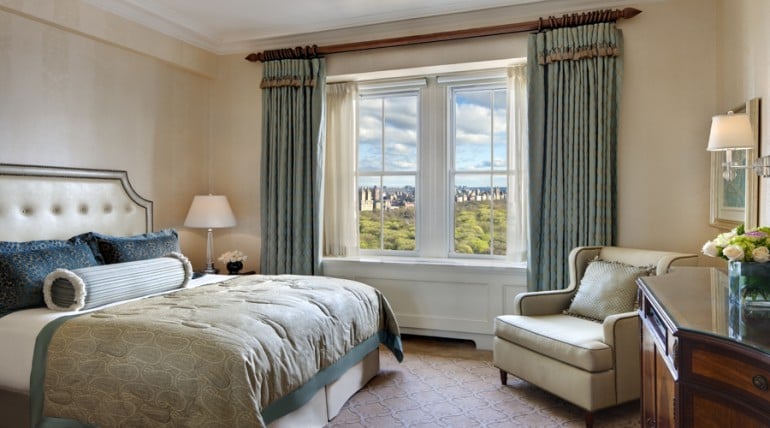 The location also does absolute justice to the views from its rooms that face Central Park. While making your booking, don’t forget to mention a park-view room because it makes the cherry on top during your stay. In short, the hotel’s location is its crowning glory – its ticket into remaining a constant on the top 10 hotels in the US.

The 41-storey Pierre was originally built in 1930 by Charles Pierre in partnership with a group of Wall Street financiers. In 2009 it underwent a major $100 million renovation over one and a half years. The guest rooms and public spaces were redone, and new owners Taj Hotels, Resorts and Palaces added an Indian touch to the otherwise very-American hotel. Contemporary Indian art is visible throughout the hotel, in the lobby, walkways, restaurants, and rooms. The hotel also provides private guided tours of its art collection by experts such as Priyanka Mathew, Southeast Asian Paintings specialist at Sotheby’s, once a month for enthusiasts. As well as art, other Indian touches include the rich fabric of Bangalore silks and also a private Taj Royal Attaché, reportedly trained in the palaces of India, for the hotel’s Grand Suites guests.

The sparely-lit lobby is decorated in checkerboard marble and dark wood tones. This is a stark difference from the usual Taj grandeur but still preserves the art deco charm of New York and the era of built. The hotel features wood-paneled lifts that are manned by uniformed attendants, just like in the movies! The hotel has also got vintage mail chutes on every floor (still in service) and valet and hand-laundry services around-the-clock.

I was given a deluxe room, which was on the 8th floor. It was compact at 350 sq ft, but its high ceilings made up for size. Like in the lobby, even the rooms had Indian contemporary arts. The bathrooms had shiny Turkish marble floors with steam-resistant mirrors and a lovely soaking tub furnished with Molton Brown toiletries.

The hotel has no spa, but room massages can be booked if you would like to soothe your tired muscles.

F& B is minimalistic. There is Two E Bar and Lounge, a “sophisticated Neoclassical room” that is a lobby lounge by day, transforming into an Art Deco bar by night. It is done up in gold, black, and olive-green tones and textures by designer Alexandra Champalimaud. The afternoon English tea served here is a popular haunt and a hang-out option while in the city.

But being in the hub of most of the action in NYC, it is a good idea to try out dining options in the neighborhood. You even get transferred, free of charge, in a Jaguar! 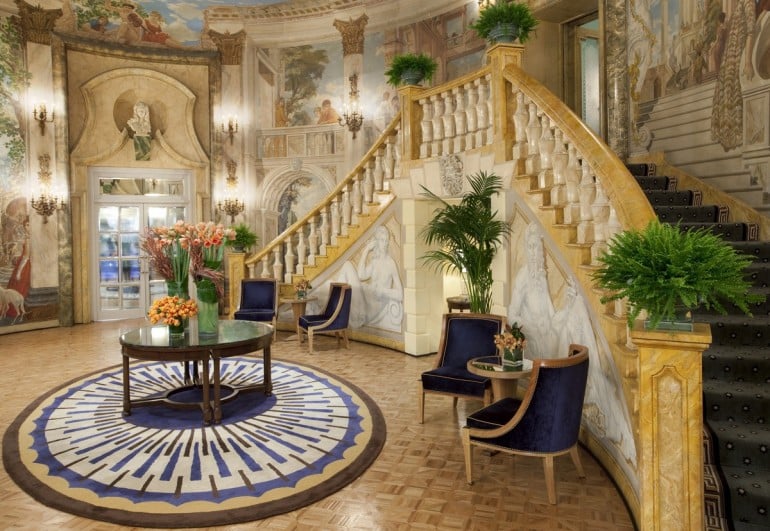 The hotel has been a favored location for many celebrities, political figures, socialites, and eminent city members. It was also considered a prime spot to conduct weddings and social events. Also, it is the city’s first hotel to offer radios and televisions in the guest rooms.

In conclusion, if you are looking for a cozy hotel that offers convenience in stay and location, as well as great service – then, there you have it; the Pierre A Taj Hotel is where you should check-in.