Only 64 examples of the road-going McLaren were ever built, making it not only one of the rarest cars but also a collectors’ favorite. Often credited for disrupting the supercar game in the 1990s, it’s a big deal every time one of these beautiful machines turns up on the auction block. However, this time around it might be a little more special. One of the most pristine examples of the McLaren F1 is on sale with just 387 kilometers (240.5 miles) on the odometer, and we might just get to witness some old sale records getting shattered. The 240mph-supercar will be offered at Gooding and Company’s Pebble Beach auction in August and it has a pre-sale estimate of over $15 million, but we won’t be surprised if it fetches a lot more. 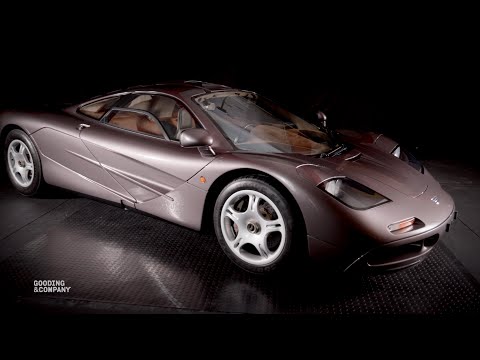 The McLaren F1 with chassis no 029 is the 25th customer car built and it rolled off McLaren’s factory line in 1995. The exterior is finished in a one-off paint color named “Creighton Brown.” The cabin is upholstered in a combination of Light Tan and Dark Brown leather. According to the official description, the McLaren F1 was originally purchased by someone in Japan where it ended up most of its time. 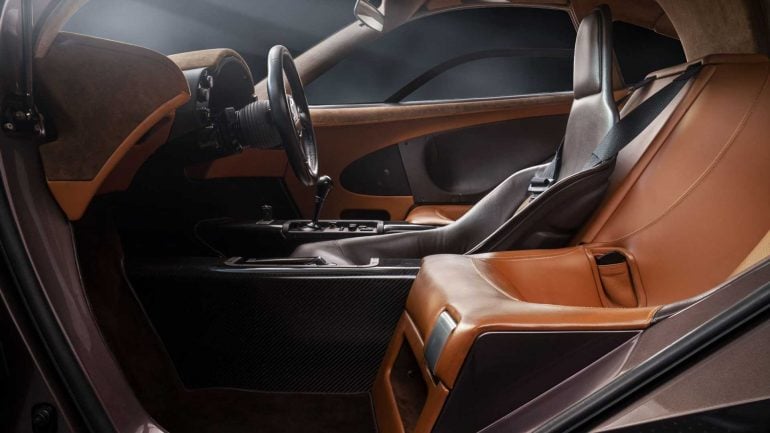 At some point in time, the supercar was brought to the United States. The odometer reading and its pristine condition goes on to show that this stunning piece of automotive art was hardly used for its intended purpose. According to Gooding & Co., it’s likely one of the most original F1s in existence. It still has all the original items that came with the supercar, including the luggage set, the rare TAG Heuer watch, and the gold-colored titanium tool kit. In fact, the McLaren F1 is still fitted with the original Goodyear Eagle F1 tires it came with from the factory. 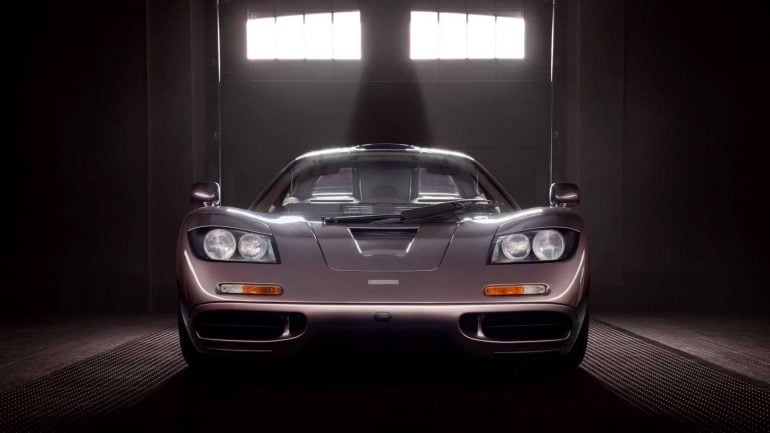 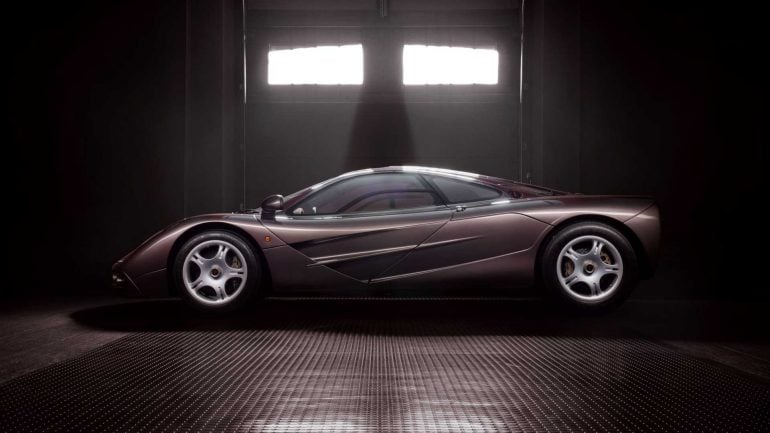 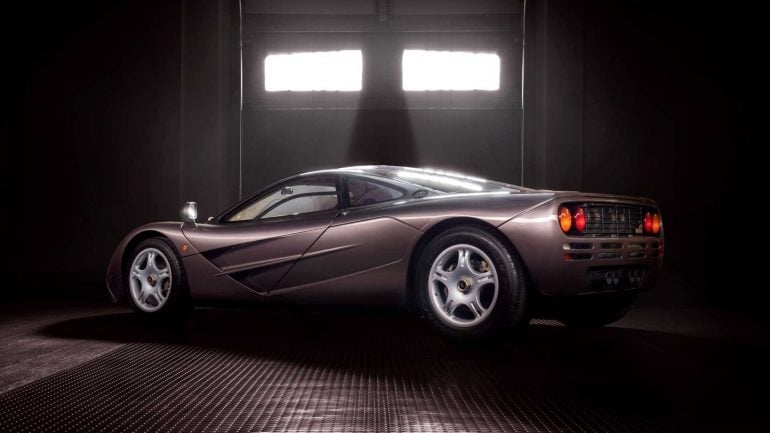 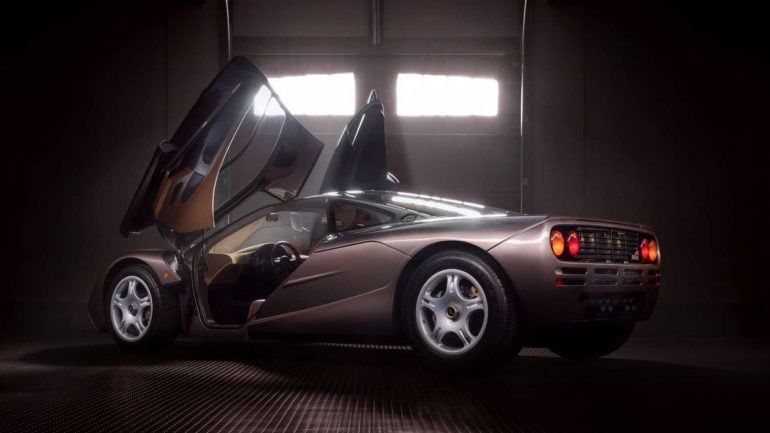 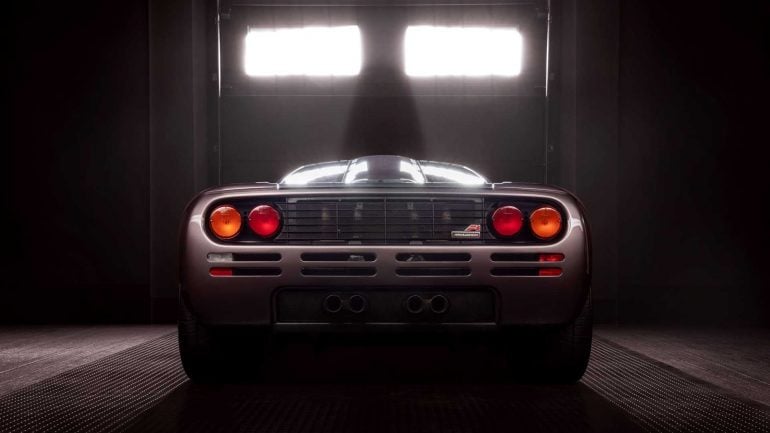 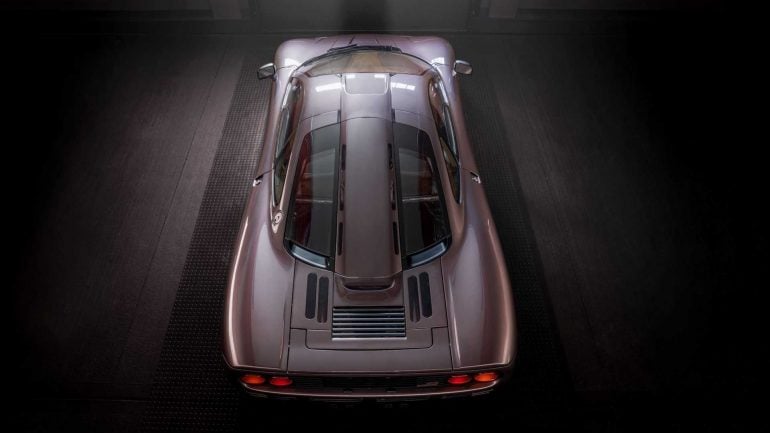 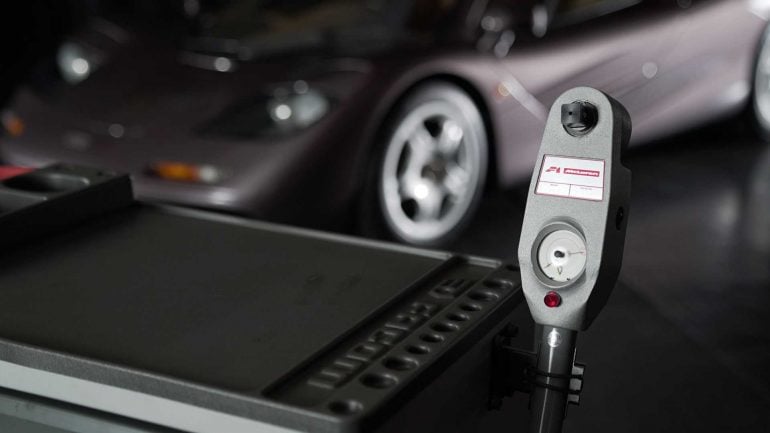 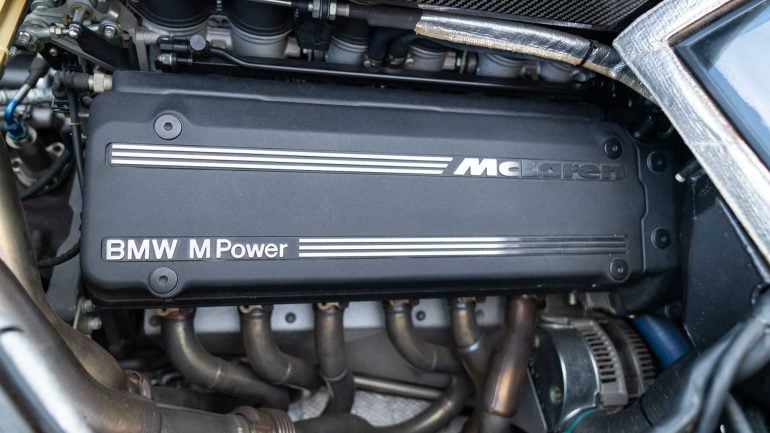 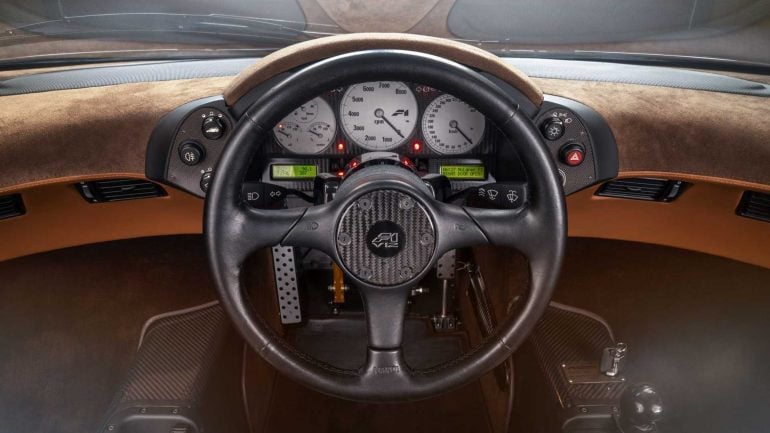 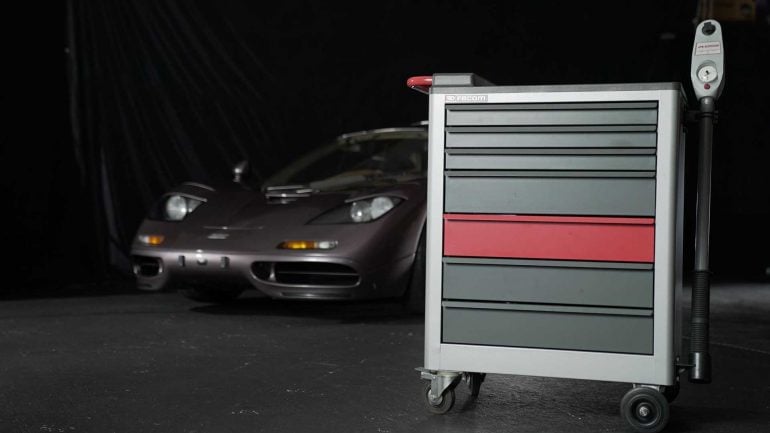 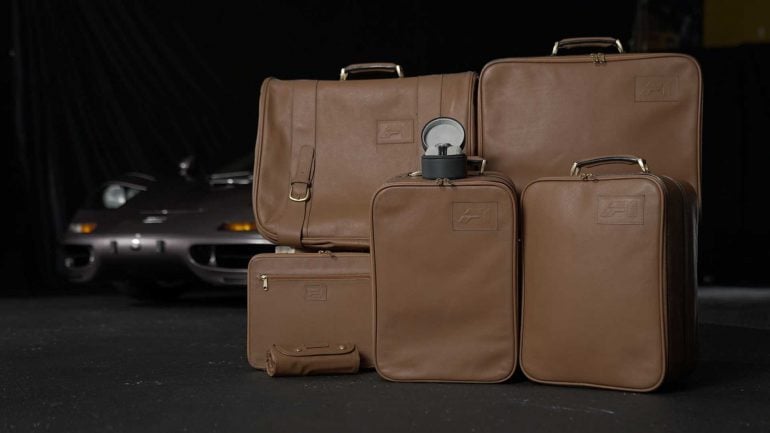