Eager to jump into the limelight, Audi spills the beans on its new RS Q3 ahead of time! Known to debut at the upcoming Geneva Motor Show, Audi could no longer wait to reveal the fourth of its RS kinds. Hanging on to the concept form it adorned in China last year, the RS Q3 is high on style. The red car sports silver accents on its grille, mirror caps, roof rails, rear diffuser trim, and the vial exhaust, a design feature that distinguishes it as ‘Audi.’ The swanky Audi RS Q3, true to its bloodline, is a high-performance automobile sporting a 2.5litre turbocharged and direct-injected five-cylinder engine accompanied with a seven-speed S Tronic transmission and Quattro all-wheel drive. Though the car weighs over 3,800 pounds, it still gives an impressive 155 miles per hour. The RS Q3 also has a lowered sports suspension and front rotors with cross-drilled eight-piston calipers.

Though the four-ringed automobile brand plans to debut the RS Q3 in UK and Germany, there’s no news of a launch in North America as yet. 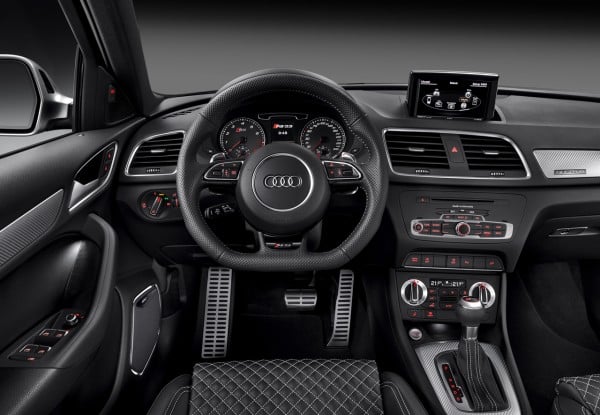