The original Porsche 911 Targa that was launched back in 1965 had to adopt the Targa top to stay within the legal traffic rules, but went on to become a classic design. Porsche is back with the retro design to launch the all new 911 Targa at the Detroit Motor Show. The first batch of images of the new 911 was leaked hours before the motor show opened its doors yesterday. The new model sports a retro-styled hooplike wide Targa plate instead of the complex thick sliding glass mechanism found on the previous generation of Porsche Targas. 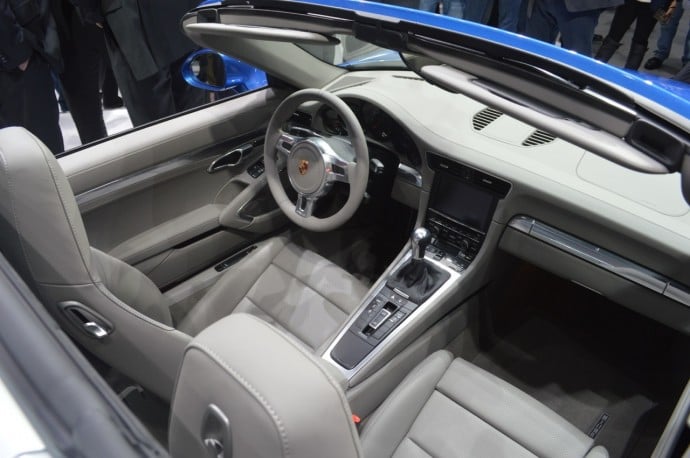 The classic styled B-pillar hoop wraps the rounded rear windshield much like the original model but the windshield is fitted with a rather complex mechanism which swallows a conventional looking roof to convert into a carbrio. It is based on the same bodyshell as the 911 Carrera 4 cabriolet and shares the same four-wheel drive mechanical package. The entry-level Targa 4 will come with a 350 horsepower, 3.4-liter flat-six engine just behind the rear axle which will give it a top speed of 175mph with the seven-speed manual and 174mph with PDK. It can go from 0-60mph in 4.6 seconds. The Targa 4S, on the other hand, churns out 400 horsepower from a 3.8-liters six cylinder boxer unit, goes from naught to 60 in 4.2 seconds and hits a top speed of 183 mph. The Targa 4 starts at $101,600 and the Targa 4S at $116,200 (excluding the destination fee). 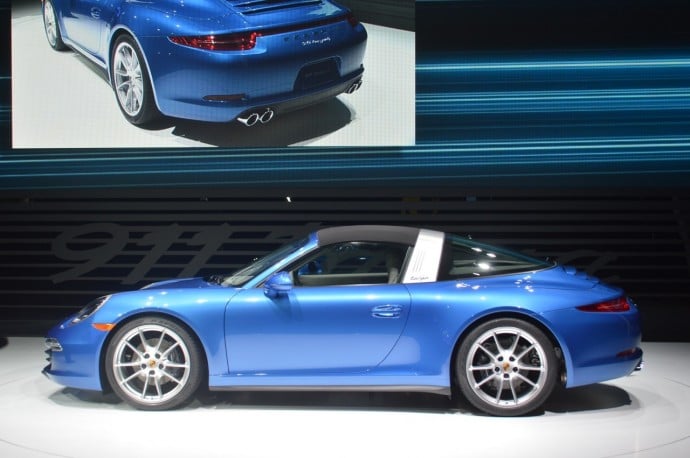 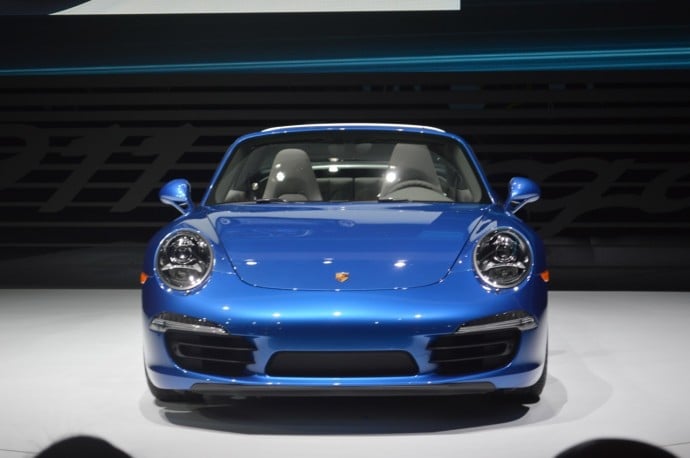 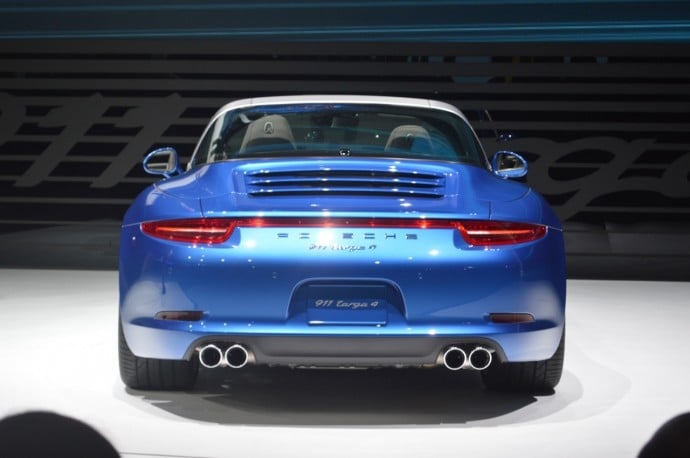 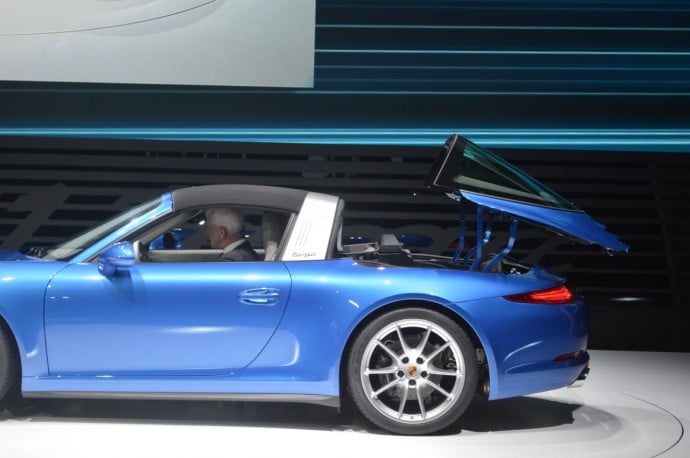 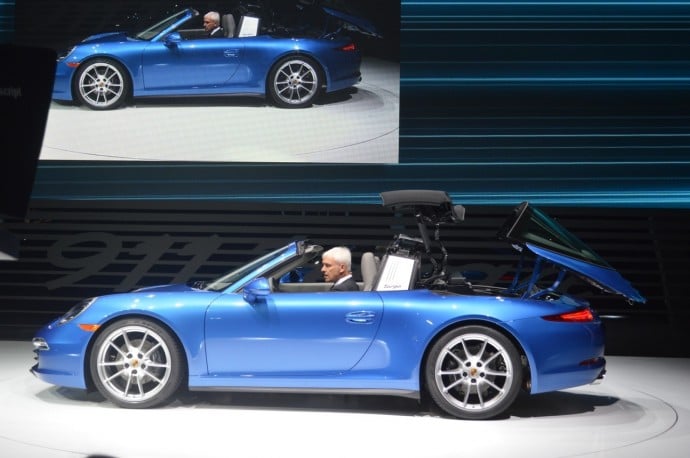 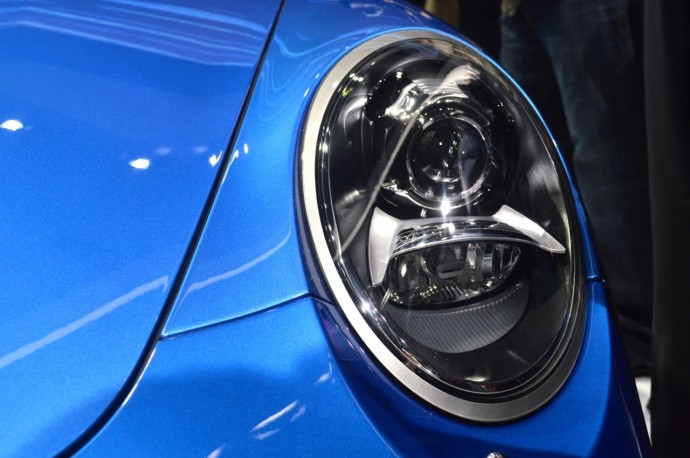 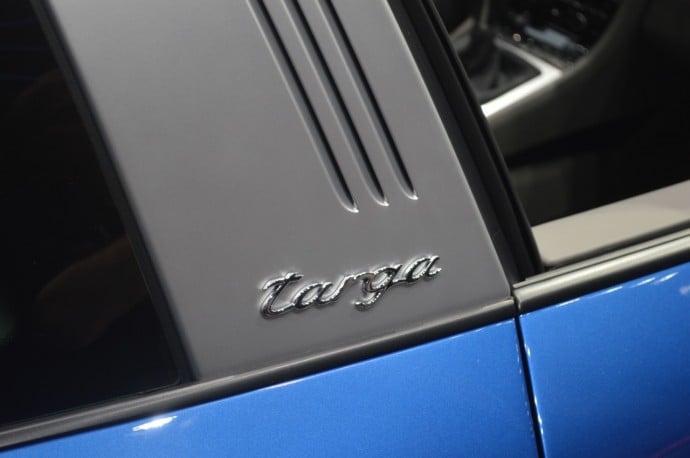 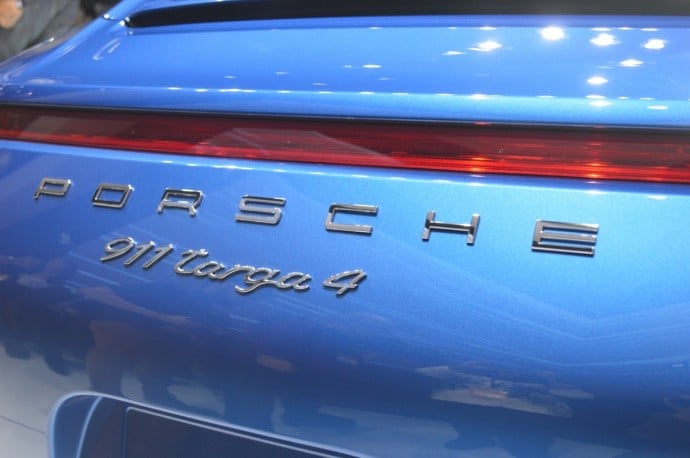 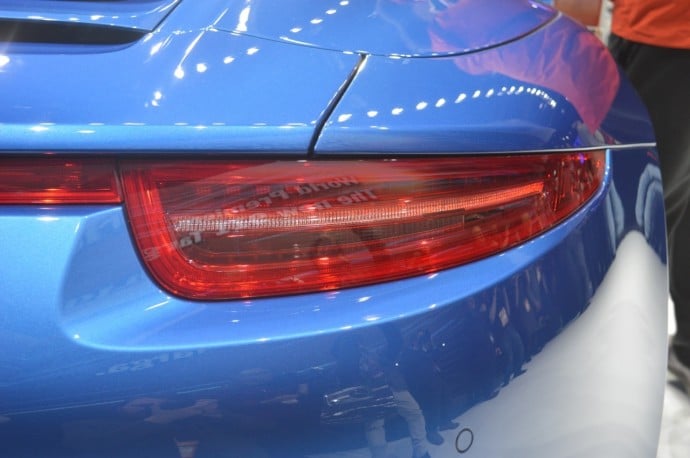 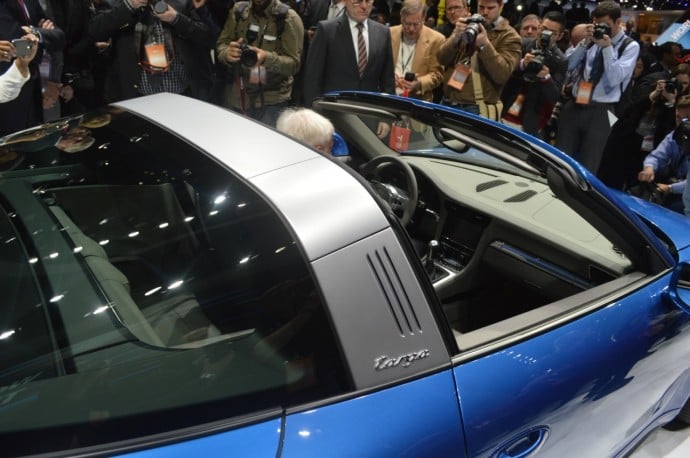 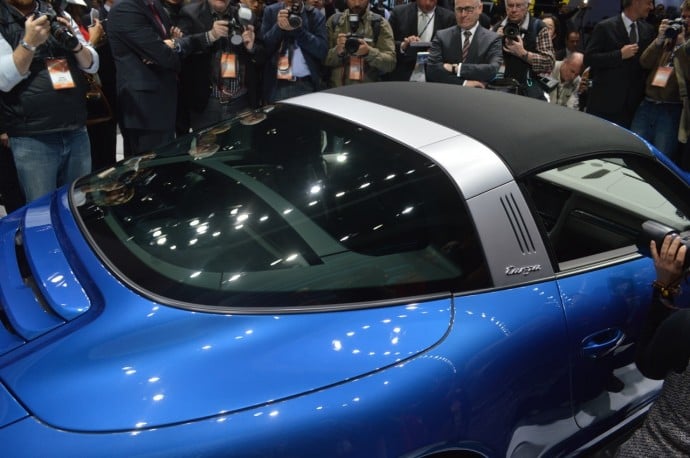 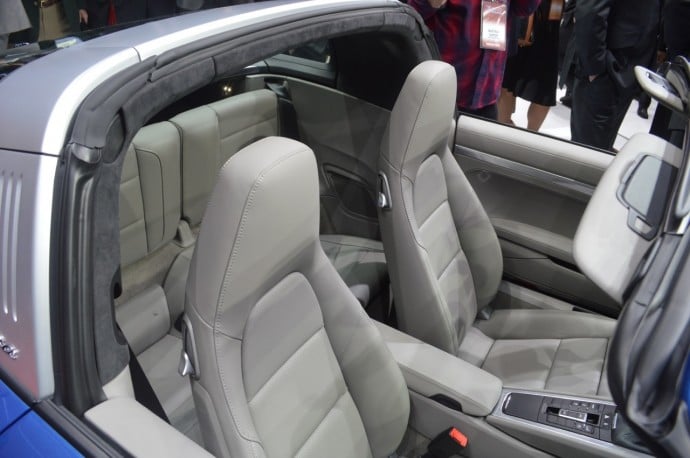 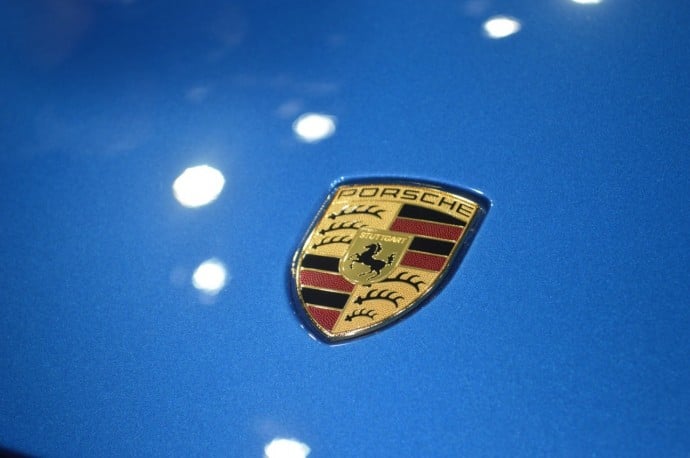