No, Bugatti is not shutting down! Croatian electric performance car manufacturer Rimac has been handed over the control of Bugatti, putting rest to all the rumors that have been doing rounds over the last few months. The long-rumored deal sees Bugatti merge with Rimac’s hypercar business to create a new company called Bugatti-Rimac. As a part of the deal, the newly formed joint venture will have Rimac as the majority stakeholder with 55% ownership, while Porsche will hold the remainder 44 percent. “This is a great responsibility,” said Rimac’s 33-year-old founder Mate Rimac. “We are standing on the shoulders of giants here. Bugatti defined the hypercar, and we have to make it a success not only in terms of its products but also profitable.” 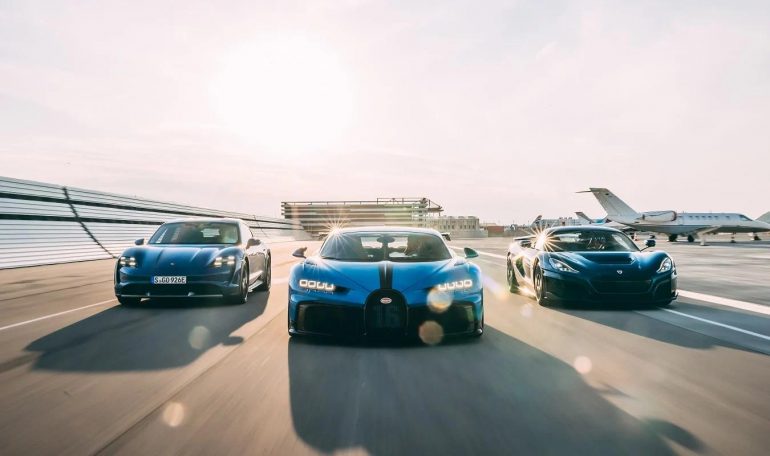 Mate Rimac will become the CEO of the newly-formed Bugatti-Rimac, while Porsche’s Oliver Blume and Lutz Meschke will join a supervisory board for the new entity. Porsche will also retain its 24 percent stake in Rimac. What’s worth noting is that Rimac will continue to develop its own electric hypercars. Several reports suggest the deal between Rimac and VW has been in the works for over two years. It is said that the German conglomerate reached out to Rimac for developing a hybrid version of the Chiron to meet the emission regulations. However, Mate offered to create a completely new car and be more cost-effective than updating the old model. Instead of buying the technology from Rimac, VW offered a merger deal. 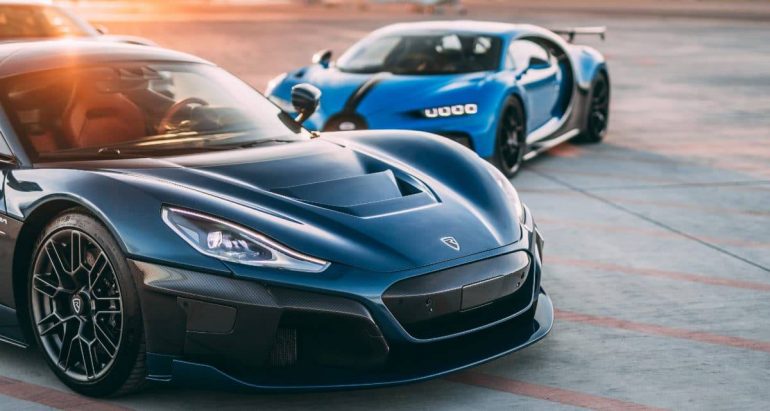 Rimac was founded in 2009 and has quickly become one of the most formidable players in the EV segment, despite building only a handful of cars to date. The Croatian manufacturer only recently revealed the production variant of its second model, which has been named Nevera. However, Rimac is currently one of the most prominent EV technology suppliers, including high-performance electric powertrains, battery packs, and autonomous driving technology. It is currently working with at least 10 carmakers, including the likes of Ferrari, Aston Martin, and Mercedes. A new, separate business named Rimac Technology will be formed to take care of this side of the business wholly owned by the Rimac Group.

Rimac will continue to build its cars in Croatia, with the manufacturer moving to its new $240 million campus near the capital, Zagreb, in 2023. On the other hand, the current Bugatti models will also be assembled at its original production facility in Molsheim, eastern France. While Rimac will continue to build electric hypercars, Mate Rimac hinted that Bugatti might diversify its line-up in the future. “In its heritage, Bugatti has models that are more than just hypercars,” he said. “There’s an opportunity for Bugatti in the future to have very interesting cars that are completely different to other models on the market, while Rimac remains a maker of very high-performance sports cars. From what we know so far, a 2000-hp hybrid hypercar with a naturally aspirated combustion engine will come first, followed by Bugatti’s first battery-electric model. But we haven’t figured that out ourselves yet.”