What you see in the picture above is the brand new Aston Martin V12 Vantage S Roadster; an Aston that has all the ingredients to qualify as one of the most driver-focused cars. A small beautifully crafted body with a big, fire-breathing motor under the hood channeling its tarmac-ripping power to the rear wheels is what you ideally expect from the perfect sportscar and the new Aston Martin V12 Vantage S Roadster has it all in just the right proportions. The open top V12 Vantage S mechanically identical to the Coupe, featuring the brand’s 565bhp 6.0-litre V12 which is enough to propel the car to 60mph in just 3.9 seconds and attain a top speed of 201mph. What it basically means is that the 2015 model the fastest-accelerating Aston Roadster ever built. 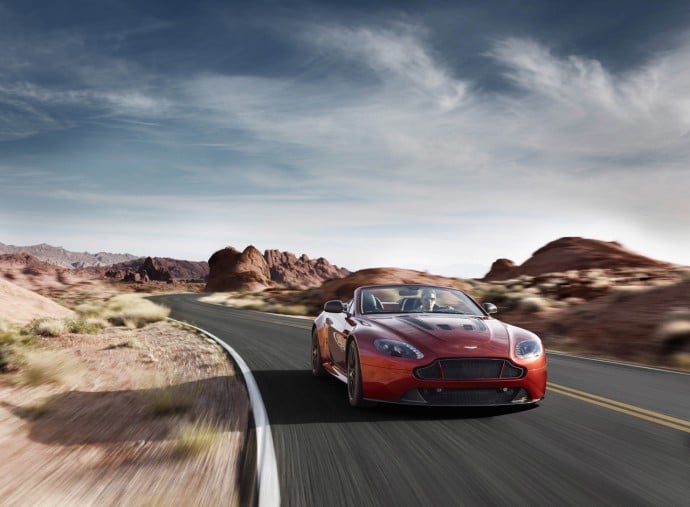 As far at the tech specs go, the hefty 565bhp and 457lb ft of torque produced by the AM28 6.0L V12 engine is transferred to the rear wheels through the same Sportshift III seven-speed automated manual gearbox as the Coupe replacing the six-speed manual from the last V12 Vantage Roadster. The Sportshift III was developed in conjunction with transmission specialist Graziano. Like the Coupe, the V12 Vantage S Roadster makes use of three-stage adaptive damping and DSC stability control, as well as two-stage ABS anti-lock. The three settings – Normal, Sport and Track – offer the right driving characteristics for any situation claims Aston Martin. The Roadster also features a lightweight exhaust system derived from the One-77 hypercar’s. The pricing is yet to be announced. 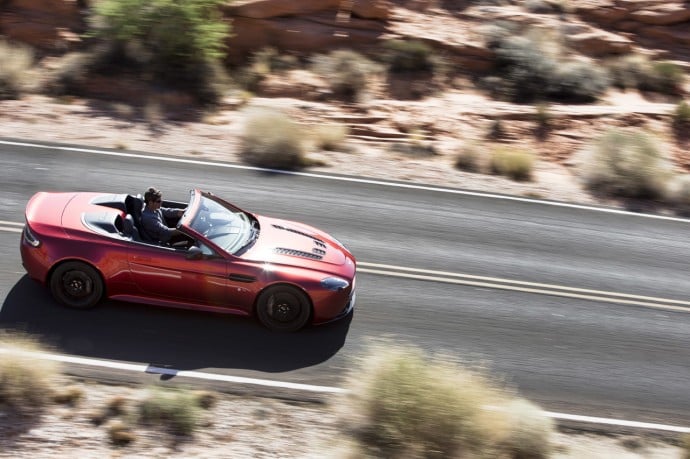 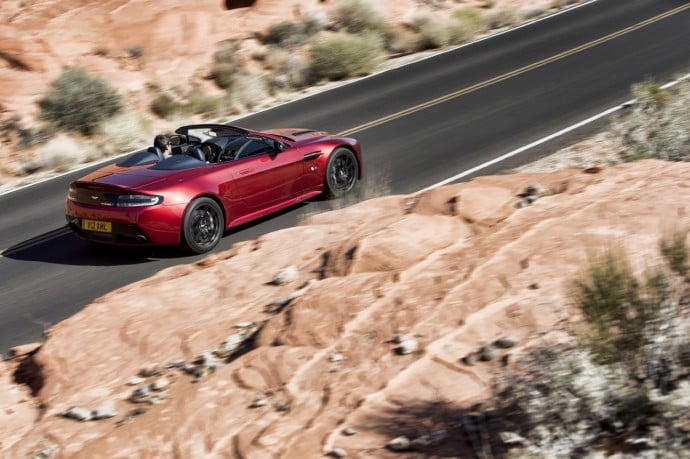 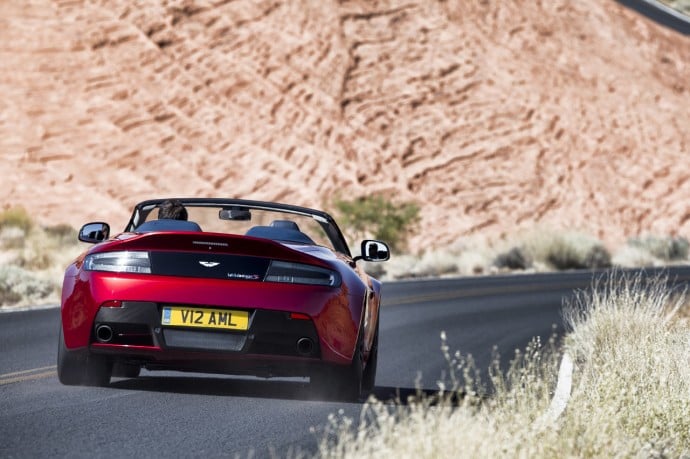