At the 2014 Paris Motor Show, the all new BMW X6 made its world debut alongside the new 2 Series Convertible. The upgraded X6 was initially destined to be unveiled at the Moscow Motor Show in August, but the Bavarian automaker decided more potential customers would be at the Paris show. A lot of people find the design of the BMW X6 on the uglier side, but still the German marquee has managed to sell more than a quarter million examples of the crossover making it a fairly successful model. The overall shape of the car hasn’t been changed and though it’s not a new generation model of X6, but it still comes with a host of new features and design upgrades which makes it noticeably different than the current X6. 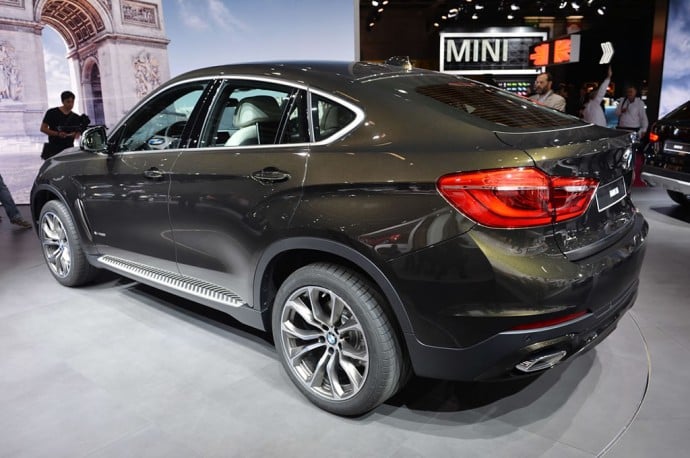 The swooping roofline stretching to the high rear-hatch has been kept intact but all the panels are new with those on the side adding a particularly nice sense of purpose and aggression to the 2015 BMW X6. The most apparent visual changes include bigger-sized headlamps inspired by the updated X5 along with tweaked bumper design and reshaped grille. A revised rear diffuser and bumper while brand new taillights are featured and appear slightly larger and curvier than those on the current car. The biggest update for the US-spec X6 is the addition of a rear-wheel-drive model, the sDrive35i. This trim joins the all-wheel-drive xDrive35i and xDrive50i. The 2015 BMW X5 is expected to hit the showrooms soon.

Tags from the story
BMW, Paris-Motor-Show