Only yesterday, we did a story on BMW’s new iDrive system that will feature a host of improvements along with touchscreen tech and gesture control. Nevertheless, don’t jump to the conclusion that BMW has edged ahead in the race just yet as Audi is in no mood to stay behind. In fact, the latter has come up with a fitting answer for the new improved iDrive infotainment system. Audi will be pulling off the wraps of the 2016 Q7 at the upcoming Detroit Motor Show; however, the automaker chose the platform of Consumer Electronics Show to display a mockup of the next gen Q7’s interiors. The MMI has received a slew of improvements along with a touchscreen Android tablet, which was teased as a prototype at the last year’s CES. 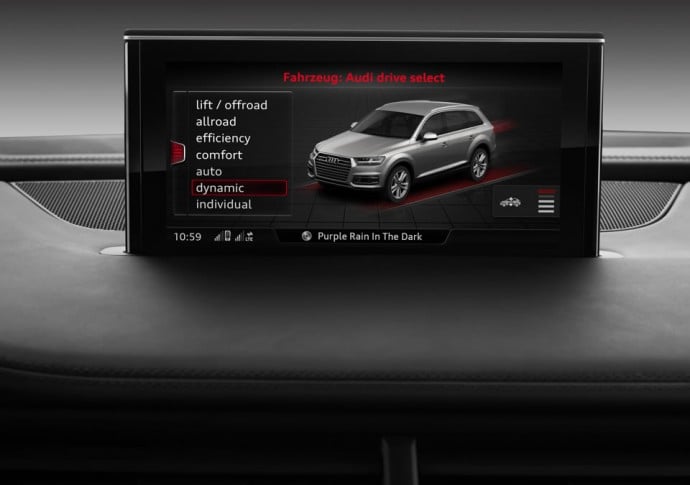 Specifically developed for Audi cars, the 10.1-inch tablets are meant for passengers rather than the driver and can be mounted on the back of the front seats. Not only the rear passengers can use the device like a usual Android tablet with apps from Google Play Store but also access the radio, media, and navigation and car functions of the Audi Q7. At the Show, Audi is demonstrating the seamless connectivity of the tablet with the car’s MMI system and factions that look very promising. In terms of the improvements made to the MMI, it now has a massive touchpad with haptic feedback to write individual letters, pinch and zoom, and assign favorites for different functions. The virtual cockpit has been carried over from the new TT, which has a 12.3-inch TFT screen replacing the analogue gauges. In addition to it, Audi has upgraded the voice recognition and Audi Connect, which now comes with LTE. Finally, the car owners will also have the function of using their smartphone and smartwatch to open their cars with the Audi Mobile Key app. A lot of information is yet to be made public and we are waiting for the Detroit Auto Show where the Audi Q7 will make its official debut. 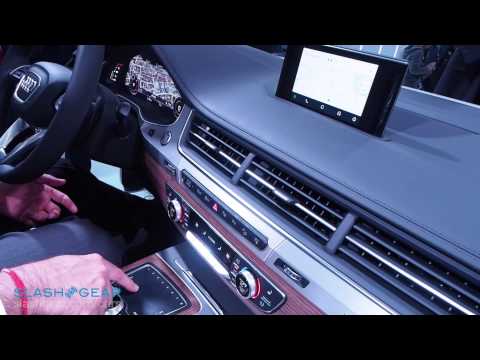 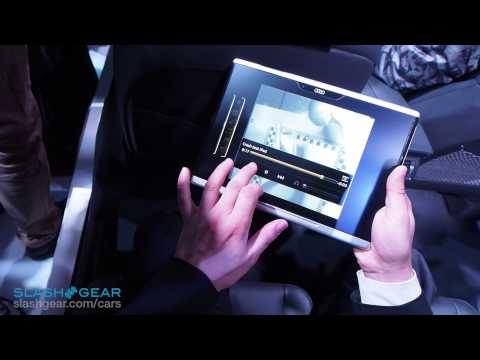 Tags from the story
Audi, Tables