Meet the Ferrari 488 GTB, the turbocharged successor of the Ferrari 458. Yes, you read it right; Ferrari has finally succumbed to the growing emission restriction norms and introduced a turbocharged V8 in its entry-level model. Forty years on from the unveiling of its first ever mid-rear-engined V8 model, the 308 GTB, the new 488 GTB has ushered turbocharging into a modern-day mid-engined V8 Ferrari supercar for the first time. We’ve known that this day has been coming for a while. New emission standards are starting to clamp down on all automakers, and slowly but surely we’re seeing the end of naturally aspirated engines. 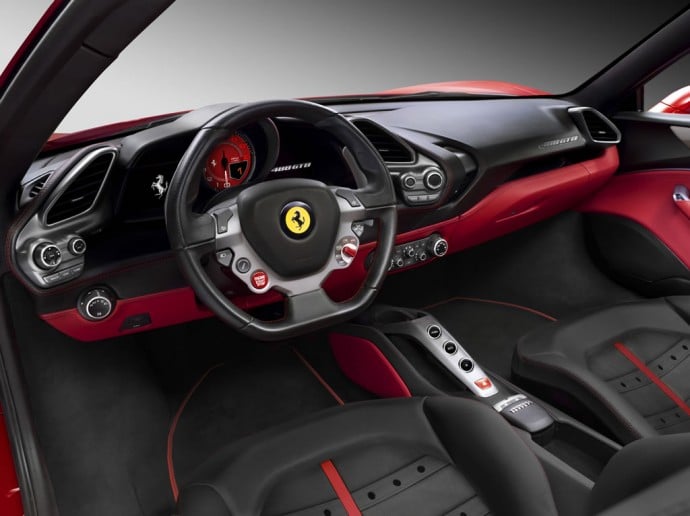 The Ferrari 488 GTB follows the California T in adopting turbocharging on a mainstream Ferrari, but according to the Italian marquee, the engine of the 488 GTB is completely new when compared with Ferrari 458. The 488 GTB is the first mid-engine V8 turbo Ferrari since the F40. It is powered by a 3.9-litre V8, which might be over half a liter smaller than the engine in the 458 it replaces, but with two turbochargers, it’s quite a bit more powerful. It produces 660bhp and 560lb ft, which is considerably more than the old 458’s 562bhp and 398lb ft. This gets the 488 from 0-62mph in three seconds dead, and a rather impressive 0-124mph time of 8.3. Ferrari claims that it will have a top speed of 208mph. 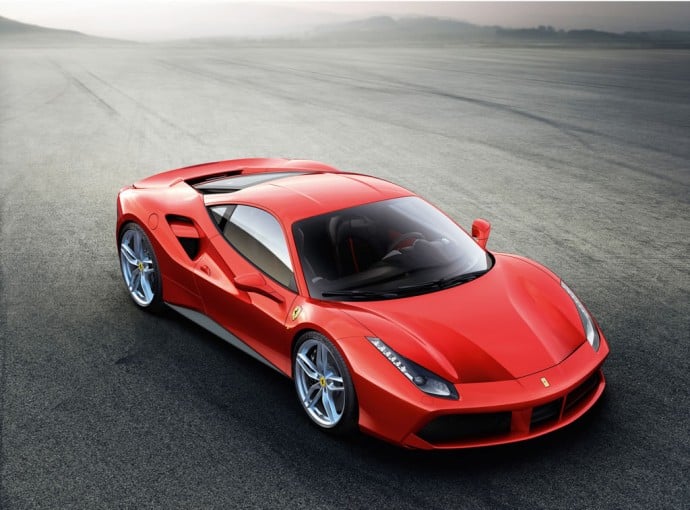 Ferrari says its engineers have “dedicated great attention to perfecting the 488 GTB’s sound, creating a new soundtrack that is full, clear and totally distinctive”. Learnings from the Ferrari XX programme have also been incorporated into the 488 GTB, something that Ferrari says allows all drivers to make the most of its electronic and vehicle control systems, not just professionals. It also claims the 488 GTB is “the most responsive production model there is”, and has responses comparable to a track car. It will enter into production in September once the production run of the 458 Italia ends this summer. We’ll learn more about the 488 GTB at next month’s Geneva motor show.