The first set of images of the highly anticipated Lamborghini Aventador LP 750-4 Superveloce Roadster has been released online. Automotive and fashion photographer Jordan Shiraki published the purported photos of the roadster on his website. Wrapped in Blu Glauco, the Aventador Roadster looks even more menacing than its coupe version, which Lamborghini claims has lapped the Nurburgring in less than 7 minutes claims. The limited-edition convertible will be presented to the public for the first time this September at the Frankfurt Motor show.

Just like its coupe sibling, the 2017 Aventador SV Roadster is crafted largely out of carbon fiber and the body kit is designed to provide more downforce at high speeds, minimize drag, and direct more air to the engine bay. In the engine bay sits a 6.5-liter V12 engine that produces 750 PS (552 kW) and 690 Nm (507 lb-ft) of torque. It is connected to a seven-speed ISR transmission and an all-wheel drive system. Pictures of the interior have not been revealed yet, but we don’t expect it to be much different than the coupe version. Shiraki says the roadster’s performance will be “identical to the coupe” despite the fact that it weighs 110 lbs (49.8 kg) more than the closed roof variant. He goes on to say the car will accelerate from 0-60 mph in 2.8 seconds and have a top speed of 221 mph (355 km/h). 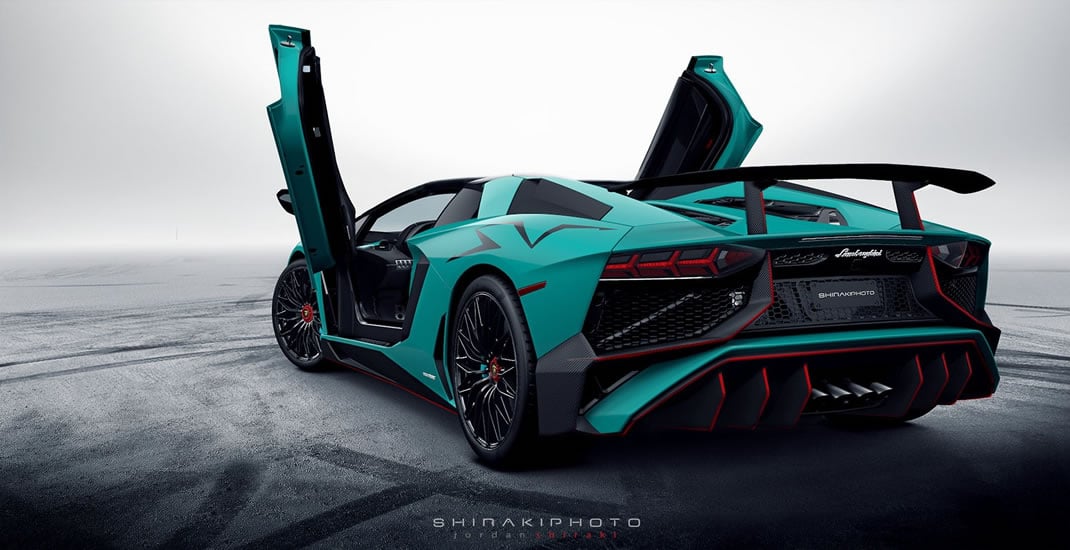 Tags from the story
Lamborghini-Aventador