Ducati has expanded its Streetfighter V4 line-up with a new flagship variant called the Streetfighter V4 SP (Sport Production). It follows the same formula of spare-no-expense as the Panigale V4 SP that debuted late last year and packs top-shelf race-derived components along with more performance from its V4 engine. The Ducati Streetfighter V4 S is already an unbelievably fast motorcycle, but the SP variant pushes the madness beyond what can be barely perceived as sane. The hyper-naked gets a long list of components derived from both Ducati’s WSBK team and the manufacturer’s halo product – the Superleggera V4.

To make the Streetfighter V4 SP lighter than the standard version, Ducati adopted several weight-saving measures, which include the use of a lightweight race-spec Lithium-ion battery. To bring down the weight, the SP version is bathed in carbon fiber. It is equipped with carbon fenders, CNC-machined and anodized aluminum rear-sets, a mono-posto tail, MotoGP-derived carbon fiber aerodynamic winglets, and five-spoke carbon fiber wheels. As a result, the SP has a wet running weight of just 432 pounds, making it 6.6 pounds lighter than the V4 S. In terms of design, it retains the aggressive styling of the V4 S and looks almost identical, except for new minor details. 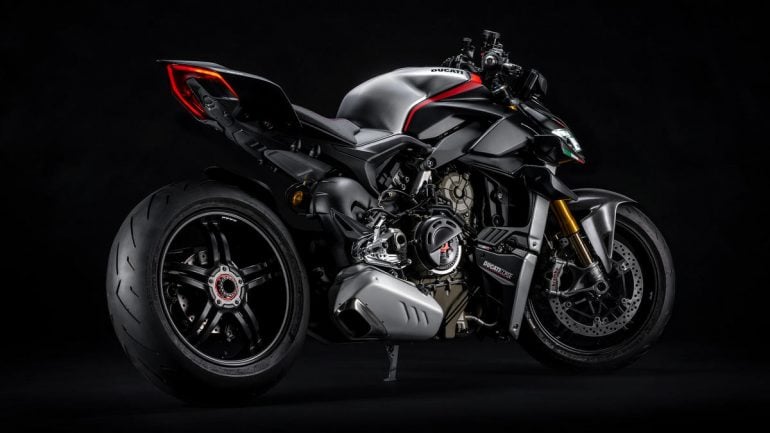 The Streetfighter V4 SP is powered by the same 1103cc 90° V4 engine as the S variant and it’s paired with an STM-EVO SBK dry clutch with a carbon open clutch cover. The engine produces 208hp and 90.4ft-lbs of torque, which is absolutely crazy for a naked bike. In terms of electronics, the SP comes equipped with a six-axis IMU along with a full suite of electronic rider aids. Including Bosch cornering ABS EVO and slide, launch, wheelie, engine braking, and traction control systems. Less than 1000 units of the Streetfighter V4 SP will be made, each with a unique plaque between the handlebar risers denoting the serial number. It is priced at $35,500 and is scheduled to roll into dealerships in February of 2022. 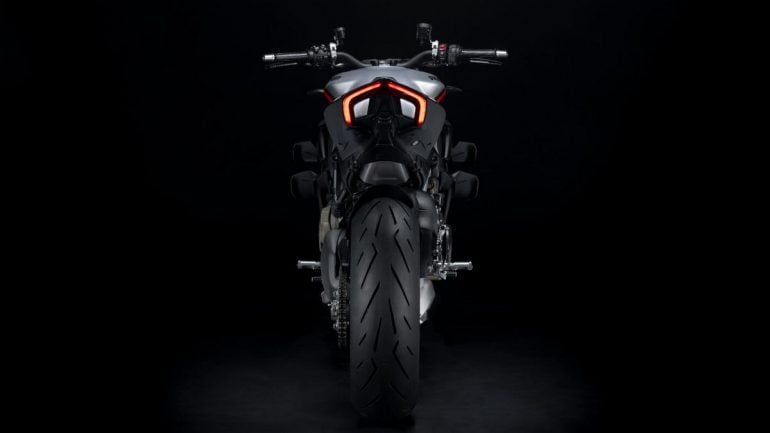 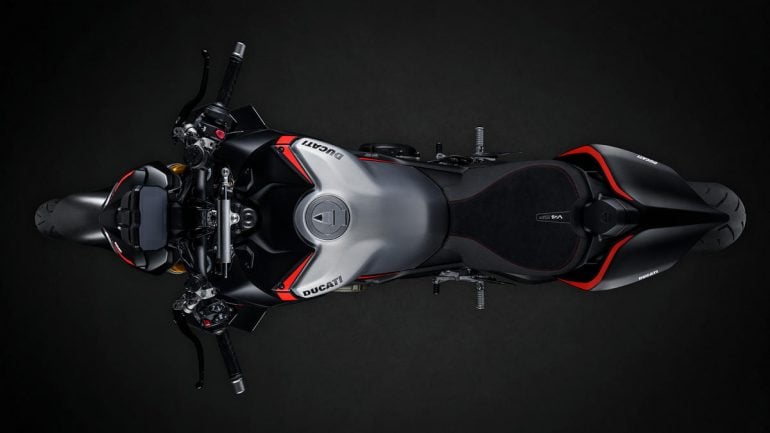 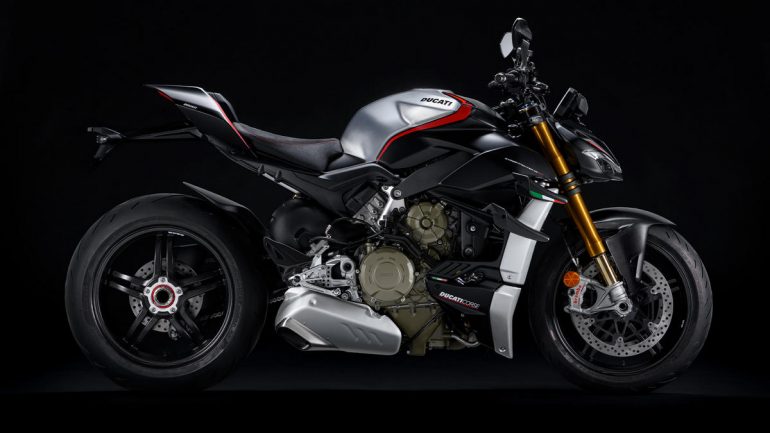