The Bentley Bentayga has been a cash cow for the British luxury car manufacturer ever since it was introduced six years ago. Not only has been the driving force behind the Crewe-based manufacturer’s sales boom but also has been its best-selling model over the last few years. Bentley delivered 31% more cars last year than in 2020 to set a new sales record and a third of them were Bentaygas. So it completely makes sense for Bentley to capitalize on it by adding more variants of the uber-luxurious SUV. The manufacturer has expanded the Bentayga range with a new Extended Wheelbase version that adds 180 millimeters between the axles to offer more leg space for the rear passengers. 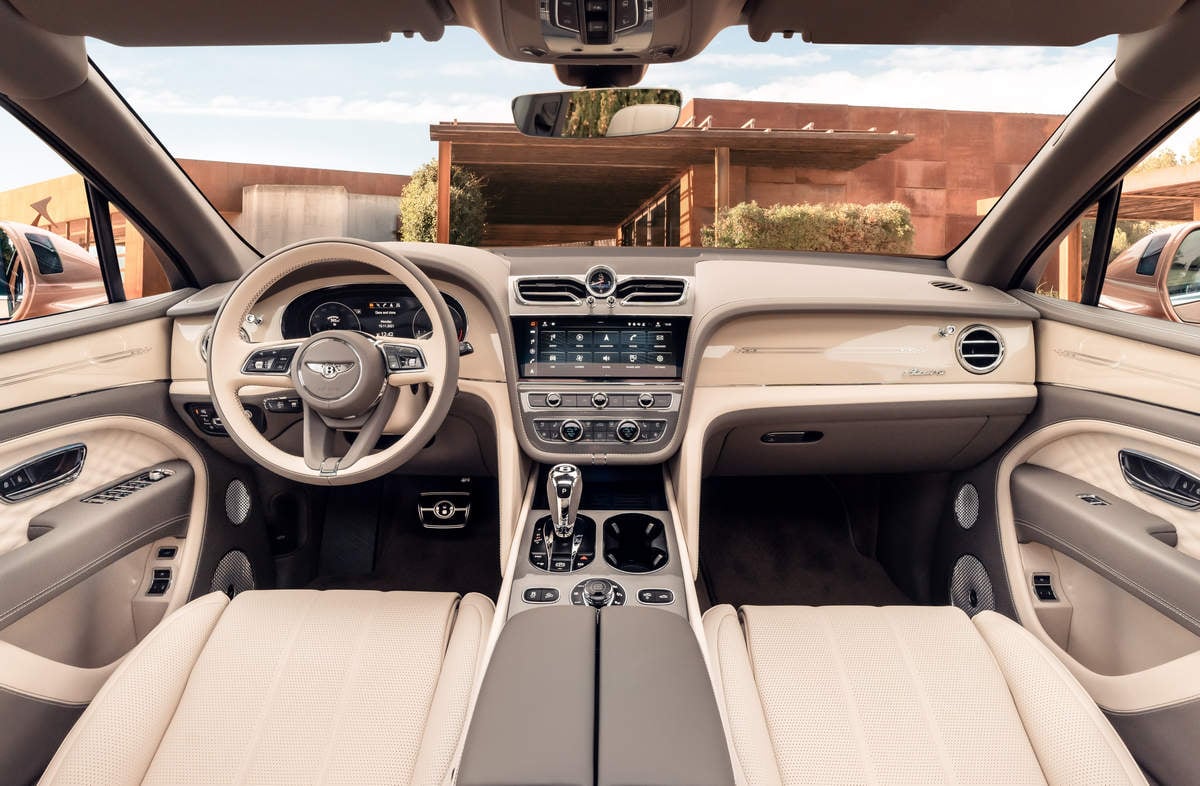 The modest expansion of the wheelbase has resulted in the overall length of the SUV being stretched to 5322 mm; however, the Bentayga EWB doesn’t look disproportionately long when compared to the standard wheelbase version. Bentley had to modify quite a few things to accommodate the added 180 mm between the axles, which includes new rear doors, side stampings, along with roof and floor panels. While the changes might not be apparent from the outside, the benefits are more obvious once you step inside the cabin; the Bentayga EWB offers full-size limousine levels of legroom to the occupants of the rear seats. 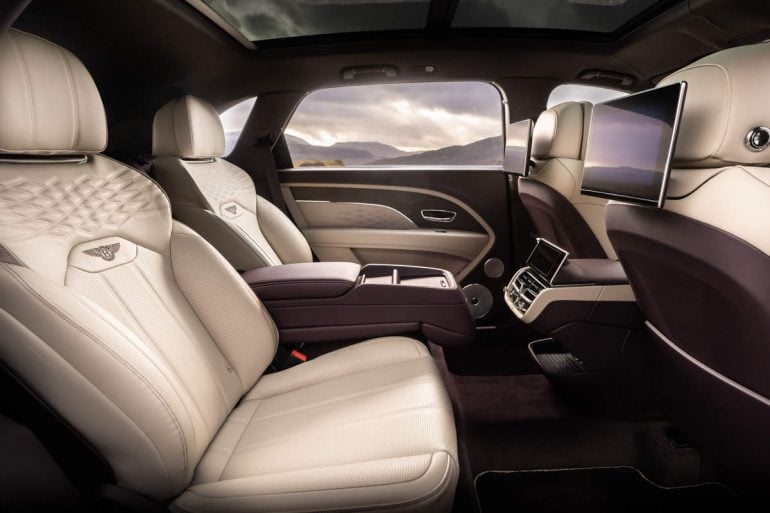 In addition to the option of two individual seats or a bench at the rear, Bentley has added a third new option in the form of what it calls the Airline Seat. The luxury automaker describes it as “the most advanced seat ever fitted to a car.” As the name suggests, it is inspired by the comfy seats found in private jets. It offers no less than 22 different levels of adjustment in addition to a Relax mode that reclines it at 40 degrees while shifting the front passenger seat out of the way and deploying a footrest. Switching to Business mode moves the seat to an upright position to offer a comfortable position to work. 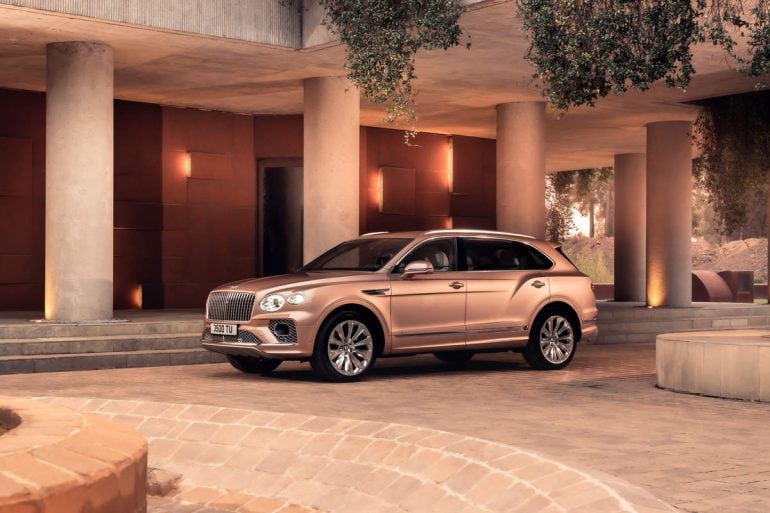 The rear section also gets a high-tech climate control system that is capable of automatically changing the settings based on the occupant’s body temperature and the level of humidity in the back. Furthermore, it can automatically make postural adjustments by analyzing the pressure across the seat surface. Bentley has also debuted a few new features which include a heated rear door and central armrests along with power-closing doors. That’s not all! The extended version of the luxury SUV also gets a new intricate ambient lighting in the door cards that has 12 light-emitting diodes on each front door and 22 on each rear door. A reworked front grille design and exclusive 22-inch alloy wheels with a 10-spoke design round out the special touches. Underneath the hood is Bentley’s 4.0-liter twin-turbo V8 engine that churns out 542 hp and 568 lb-ft of torque. Pricing has not been revealed but Bentley says the deliveries will begin at the end of this year. 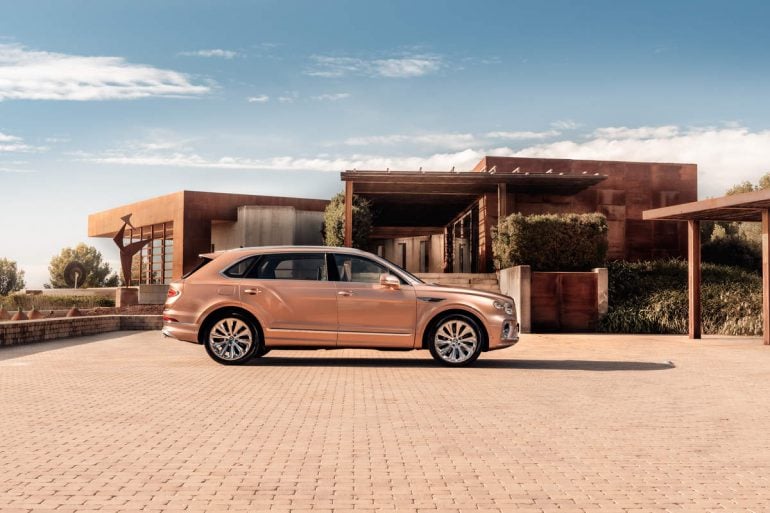 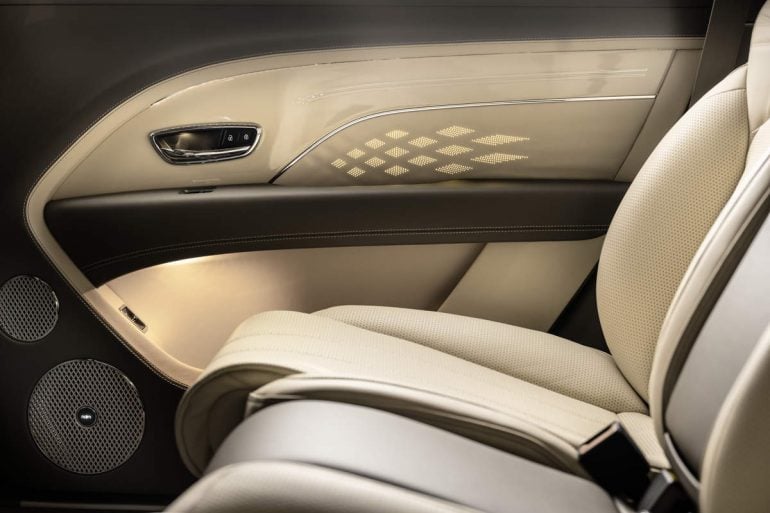 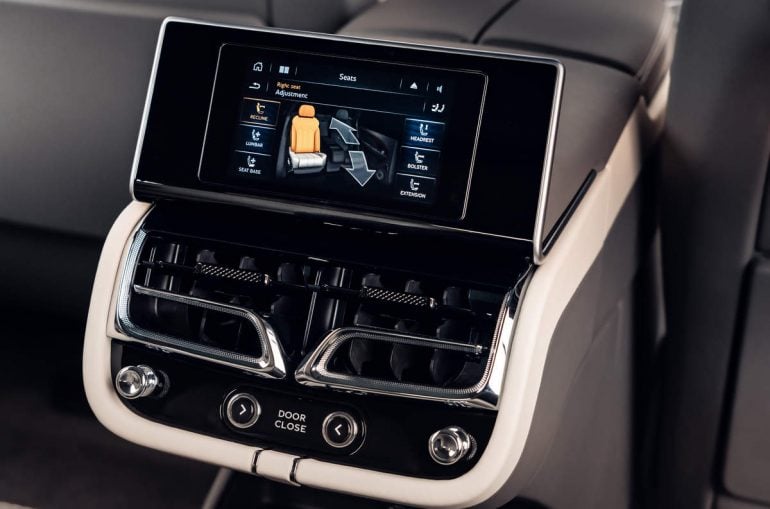 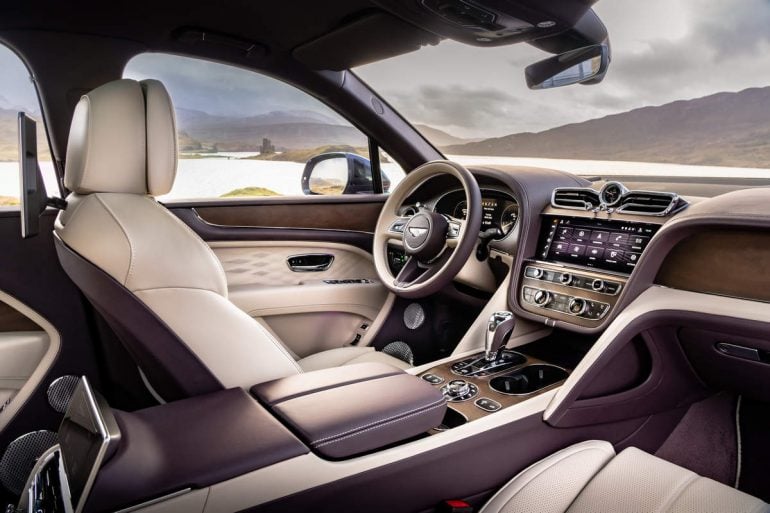 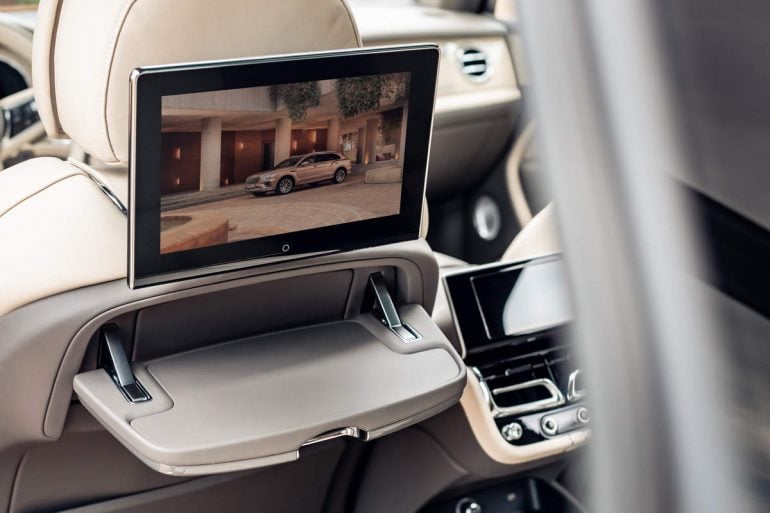 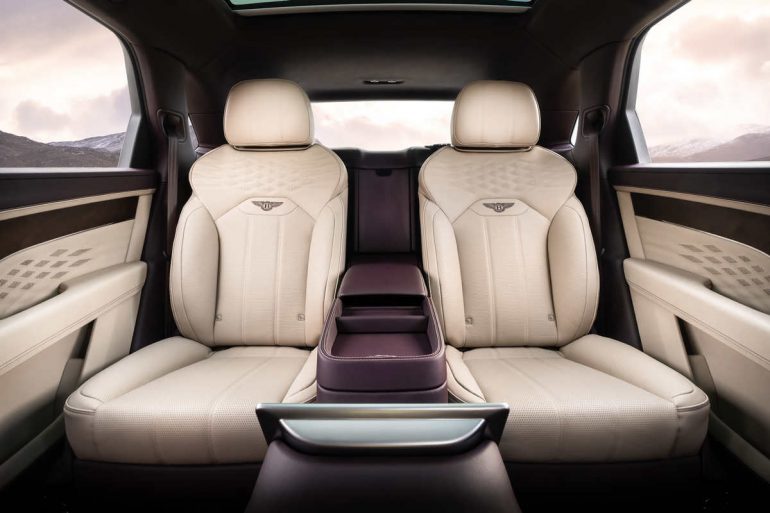 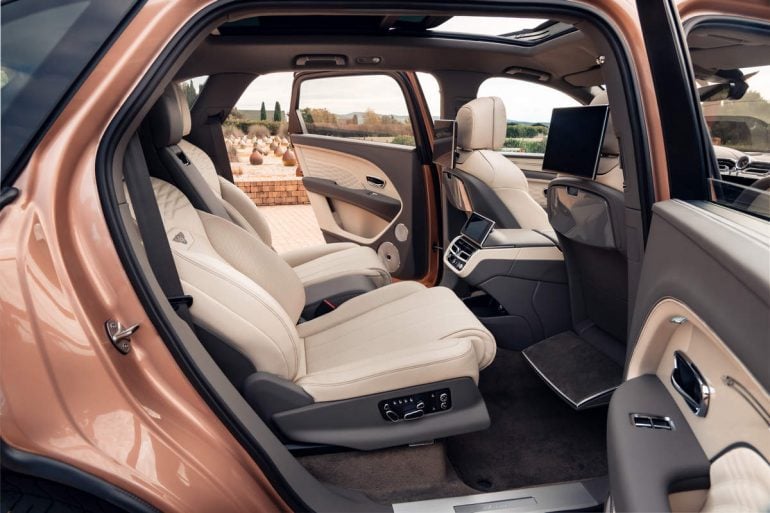 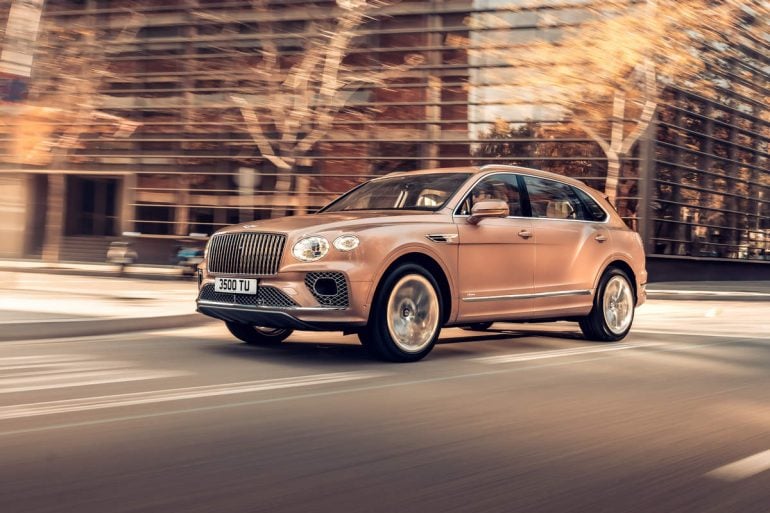 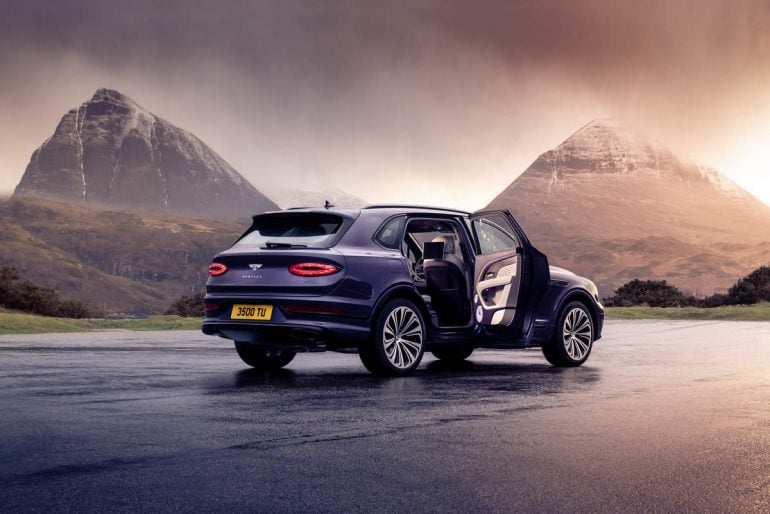 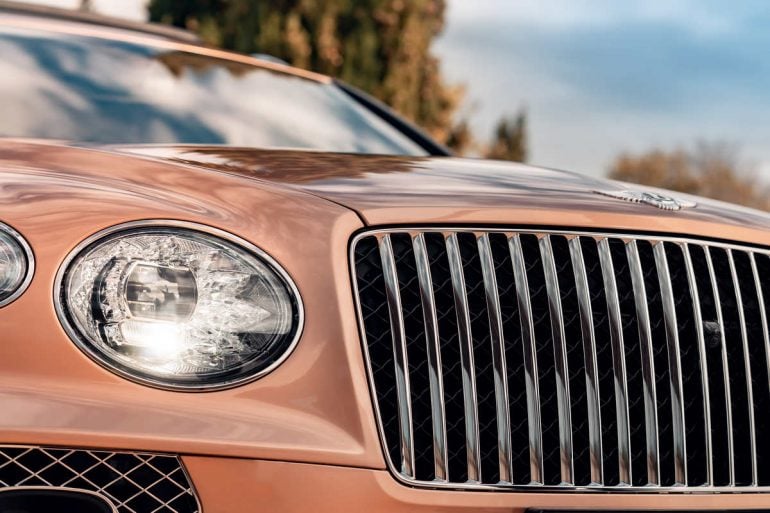 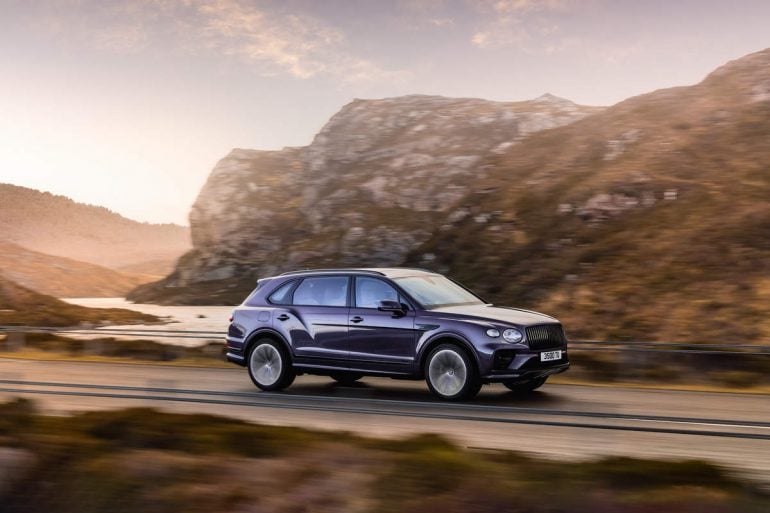