Less than a week after it got accidentally leaked on the internet, BMW has finally lifted the veil off the G80 2024 BMW M3 CS, which is placed right below the M4 CSL in the Bavarian automaker’s massive big line-up of performance cars. But make no mistake, it’s not a watered-down CSL. Based on the M3 Competition, the new M3 CS is claimed by BMW to be “lighter, stronger, faster.” Starting with its powertrain, the new Competition Sport is powered by the manufacturer’s 3.0-liter S58 TwinPower Turbo inline-six which has been massaged to produce 543 horsepower. You might have noticed that the horsepower figure matches that of the M4 CSL. Furthermore, the new M3 CS comes with xDrive as standard, unlike the previous generation model which was rear-wheel-drive. As a result, the new M3 CS can accelerate from 0-60mph in just 3.2 seconds before hitting an electronically-limited top speed of 188mph. 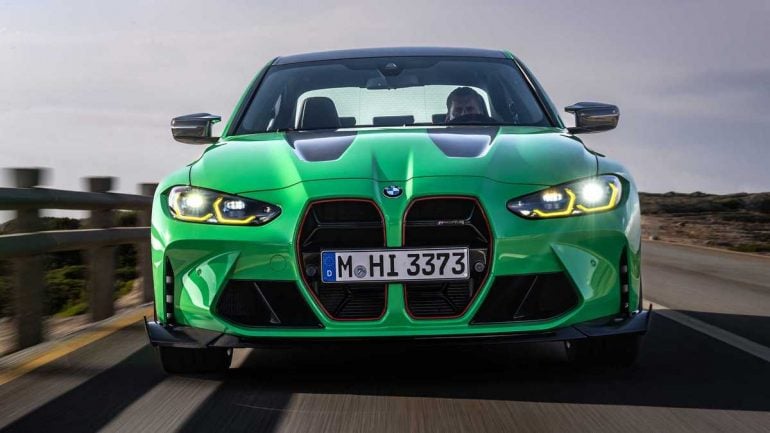 BMW also put the M3 CS on a diet to further improve the power-to-weight ratio. While it might not be as light as the M4 CSL, but the Bavarian automaker managed to shave off 75 pounds from the performance-focused 4-door sedan. It was achieved with the extensive use of carbon fiber-reinforced plastic (CFRP) for parts such as the hood, roof, front splitter, air intakes, side mirror caps, rear diffuser, and trunk lid spoiler. 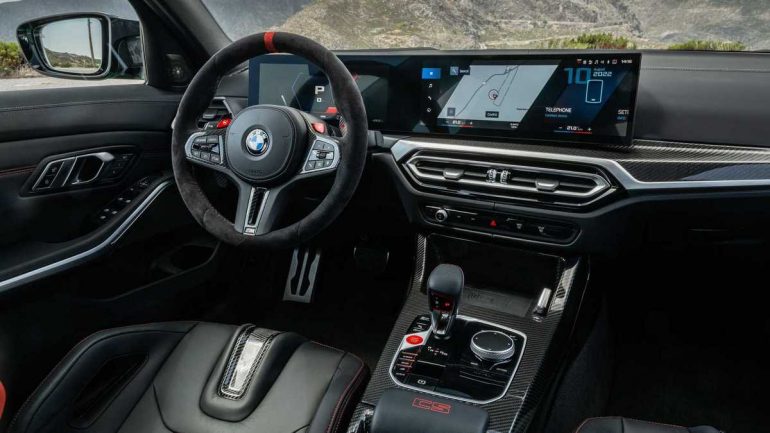 Additionally, the CS also comes equipped with a lightweight titanium exhaust and a pair of front bucket seats with a carbon shell. In terms of looks, it borrows a lot of aggressive design elements from the M4 CSL, including the front bumper, the hood, and the carbon fiber door mirrors. The one seen in the official pictures is finished in striking Signal Green paint from the Individual catalog, but buyers can also choose from Black Sapphire and Brooklyn Grey metallic paints together with a Frozen Solid White Individual color. 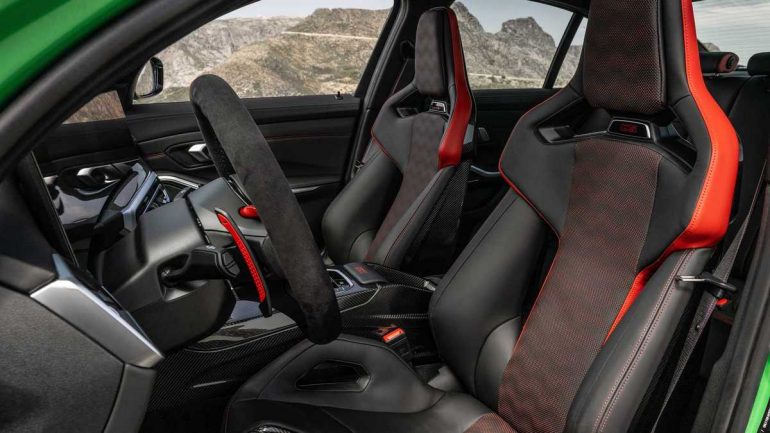 On the inside, the M3 CS has retained the rear bench seat for practicality, while it gets electric and heated front seats with illuminated “CS” logos and Merino leather with Mugello red accents. The door sill plates feature the “M3 CS” badge and an Alcantara-wrapped three-spoke steering wheel with carbon detailing and carbon shift paddles round out the special touches received by the cabin. 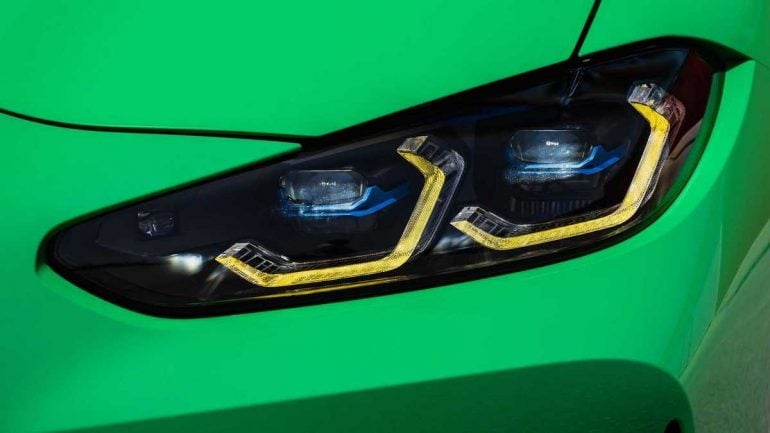 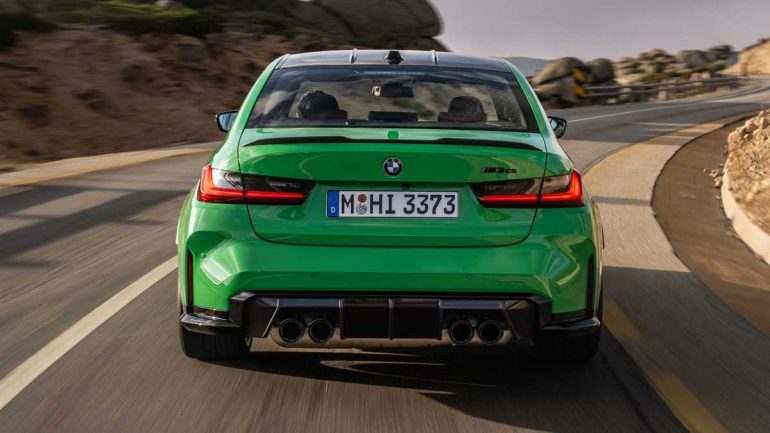 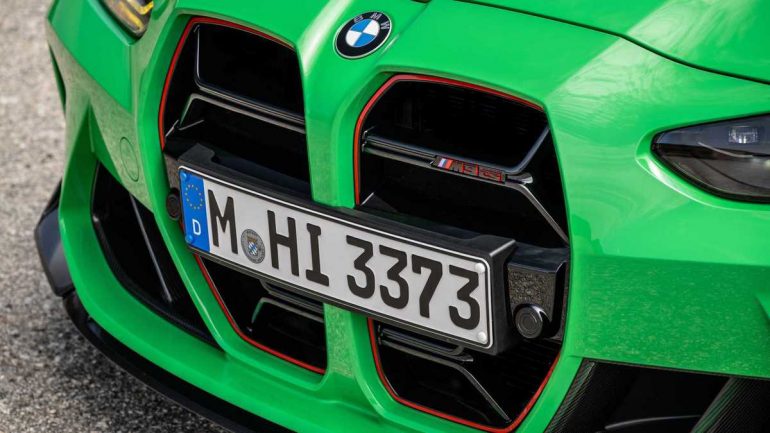 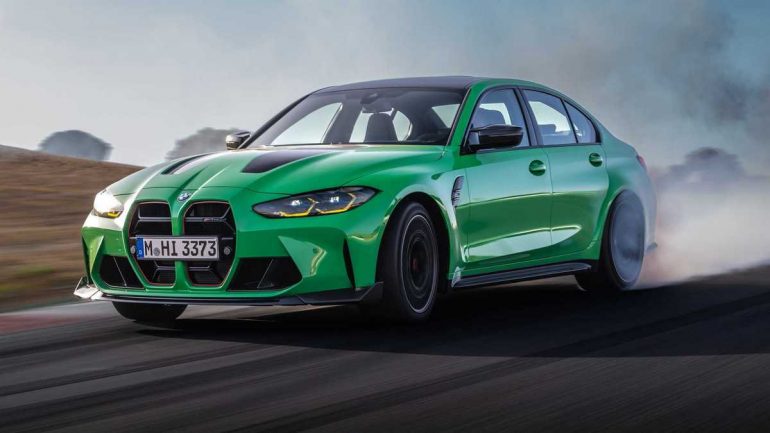 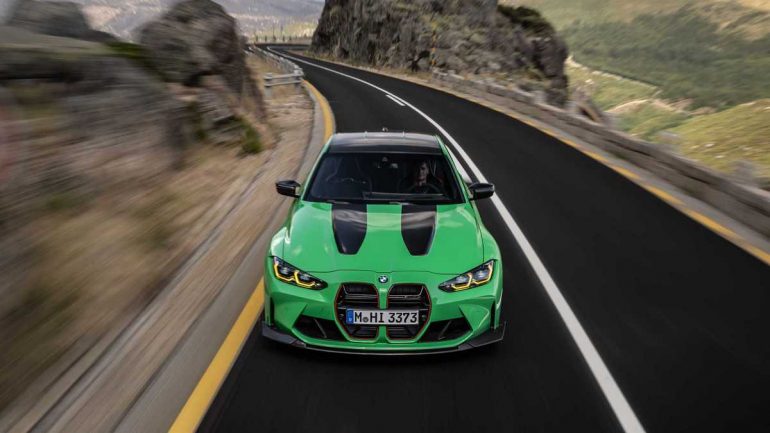 Tags from the story
BMW, Limited-Edition