BMW has revived the 3.0 CSL name by introducing a new limited-edition offering that pays tribute to the original. The Coupe Sport Lightweight of the 1970s was a homologation special built in small quantities and is considered by many as one of the most iconic sports cars of all time. It had earned the nickname “Batmobile” because of its wild aerodynamic package. You might remember that back in 2015, BMW revealed the stunning 3.0 CSL Hommage R concept that mimicked the original’s over-the-top design with its massive wheel arches, double rear wings, and striking livery. The new 2023 BMW 3.0 CSL is the production version we all have been eagerly waiting for for the last 7 years. The modern 3.0 CSL also marks the culmination of the M division’s 50th-anniversary celebrations that spawned a long line-up of special editions since the beginning of this year. 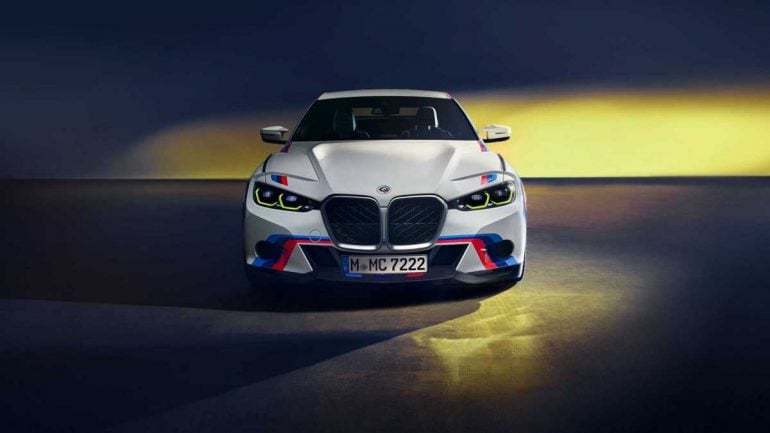 Starting with the design, the 2023 BMW 3.0 CSL looks strikingly similar to the concept we saw seven years ago, including the distinct kidney grille; although, the production version features a lattice-shaped insert in a diamond structure. The frame gets a satin aluminum finish which is also present on the side window surrounds. 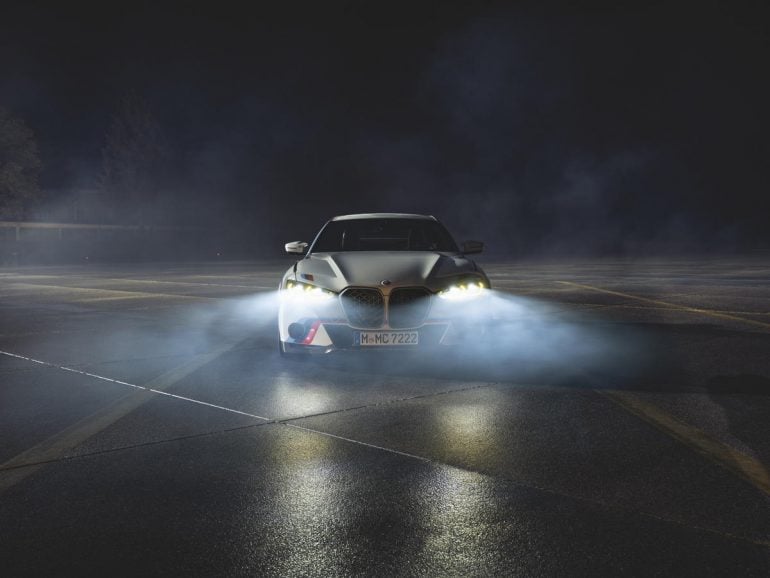 The laser headlights borrowed from the M4 CSL pay homage to classic race cars and also the M4 GT3, which won the drivers’ and team DTM championships in 2022. Its unique bodywork includes bulging fenders that make room for 20-inch front and 21-inch rear wheels and a double rear wing setup that is inspired by the original 3.0 CSL “Batmobile.” Lightweight carbon fiber reinforced plastic (CFRP) has been used on “virtually all bodywork sections,” BMW claims. Rounding out the package is the special livery that includes Alpine White Uni paint along with the traditional M graphics. 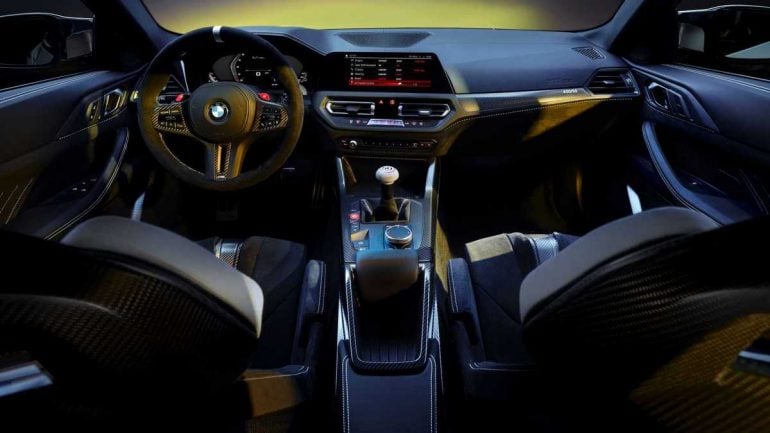 Under the hood of the 2023 BMW 3.0 CSL is the most powerful inline-six engine ever installed by Bavarian automaker. The twin-turbo 3.0-liter engine is capable of producing 553 hp and 404 lb-ft. What makes the new 3.0 CSL even better is that it comes fitted with a six-speed manual gearbox, which makes it perfect for driving enthusiasts. 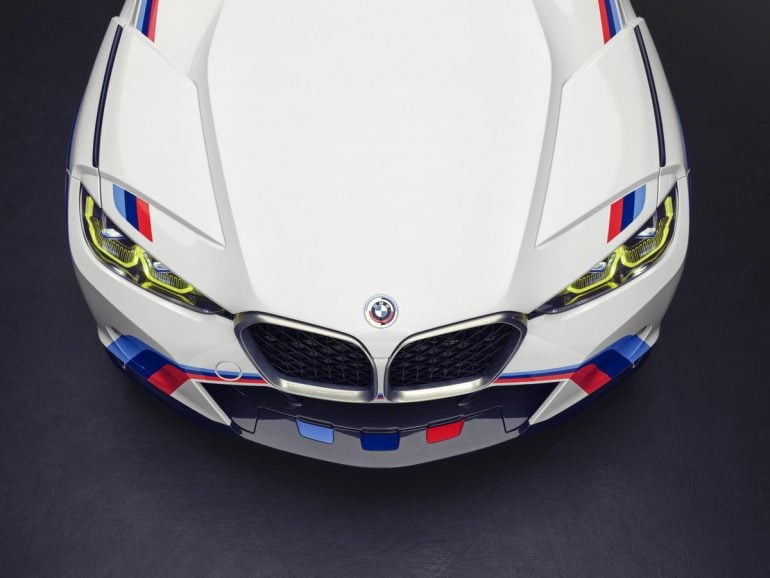 The power is exclusively sent to the rear wheels where BMW has fitted an M differential. 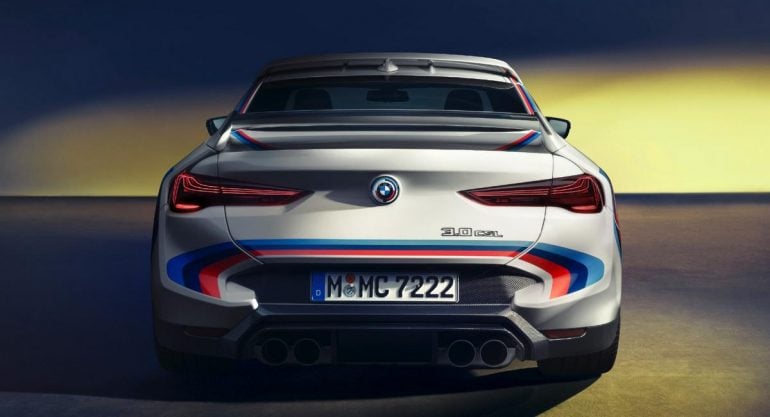 Furthermore, standard equipment includes carbon ceramic brakes and track-focused adaptive M suspension with electronically controlled shock absorbers. Only 50 individually numbered examples will be made, with the entire production run lasting just three months at BMW’s Dingolfing plant in Germany. The pricing hasn’t been revealed as of yet but we expect it to be north of $150,000. 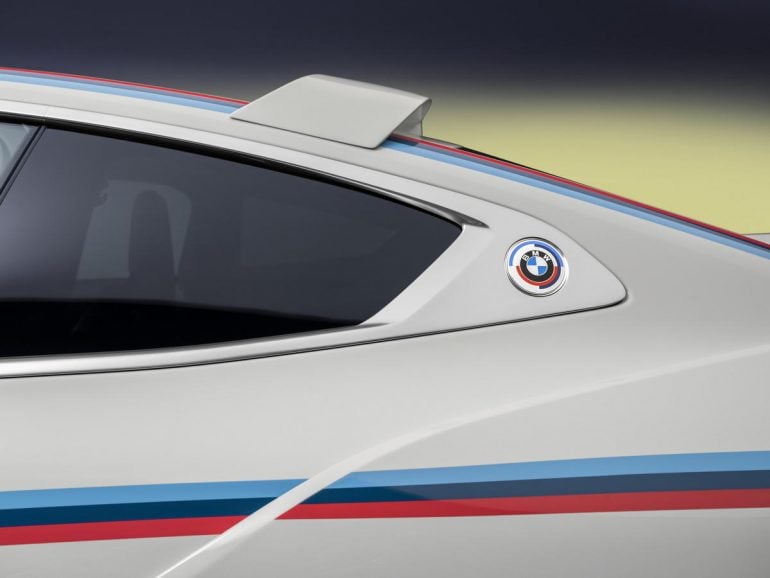 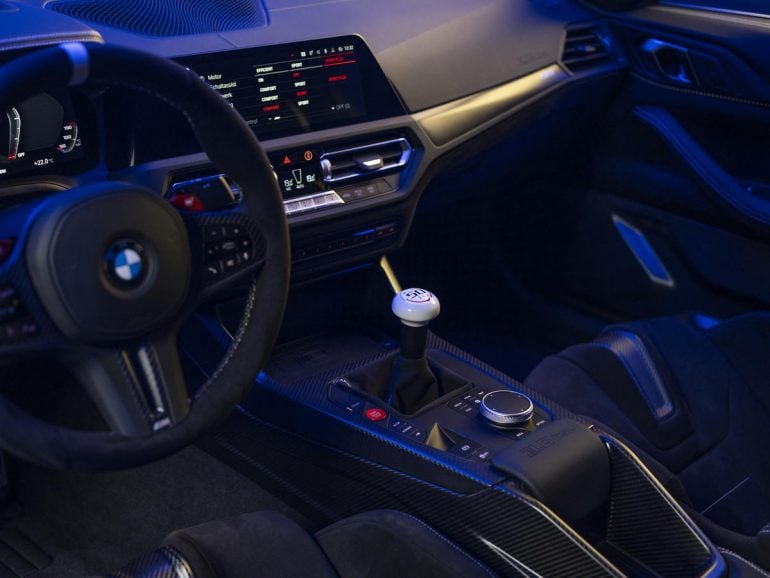