Mercedes has expanded the AMG GT 4-Door lineup with a new range-topping variant. Behold the Mercedes-AMG GT 63 S E Performance – the first plug-in hybrid from AMG. The ‘E’ in the name points out the performance sedan’s hybrid powertrain, and we expect the German automaker to add more models to the product lineup of E Performance plug-in-hybrids shortly. Under the hood is the familiar twin-turbocharged 4.0-liter V8 that produces 630 horsepower and 664 lb-ft of torque, which is assisted by a rear axle-mounted electric motor that adds another 204hp, taking the total output to 831hp and 1082 lb-ft of torque. In fact, the new Mercedes-AMG GT 63 S E Performance is the most powerful AMG road car ever made. 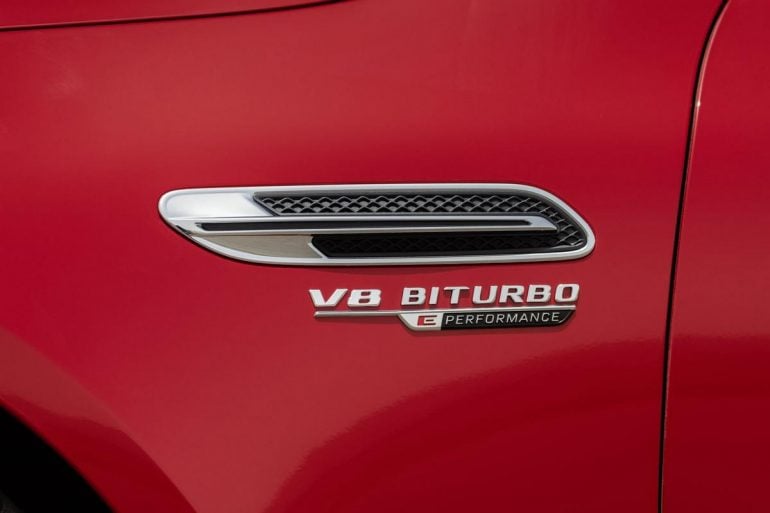 The electric motor draws its power from a tiny 6.1-kilowatt-hour battery pack that has been created in collaboration with the Mercedes-AMG Formula 1 engine shop in the UK. The battery pack weighs just 196 pounds, which hardly puts a dent in the power-to-weight ratio. Mercedes claims the PHEV version of the GT 63 will sprint to 62mph in just 2.9 seconds, making it even quicker than the GT Black Series Coupe. The GT 63 S E Performance tops out at 196 mph. 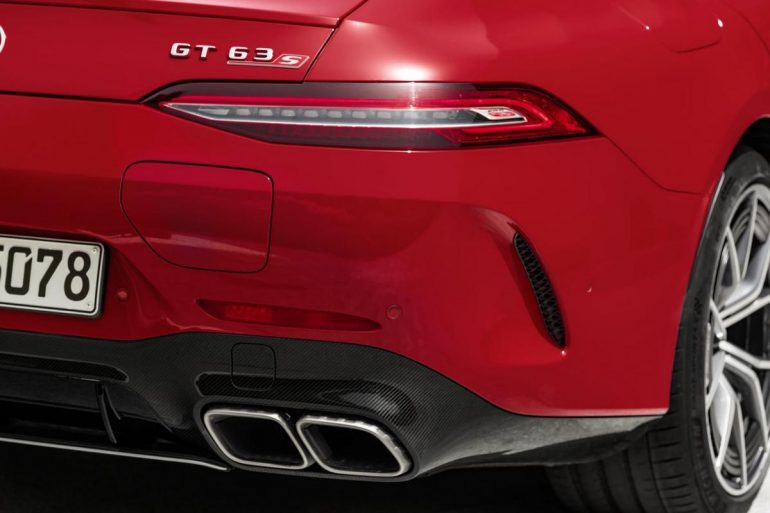 In addition to the five standard drive modes available on the GT 53 and GT 63 models, the PHEV gets a new Electric drive mode that lets the performance sedan cruise purely on electric power at speeds up to 80 mph. However, the electric-only range is quite dismal at 7.5 miles. The lithium-ion battery pack is charged via the 3.7-kW onboard AC charger, while the model also offers a four-stage regenerative braking system. 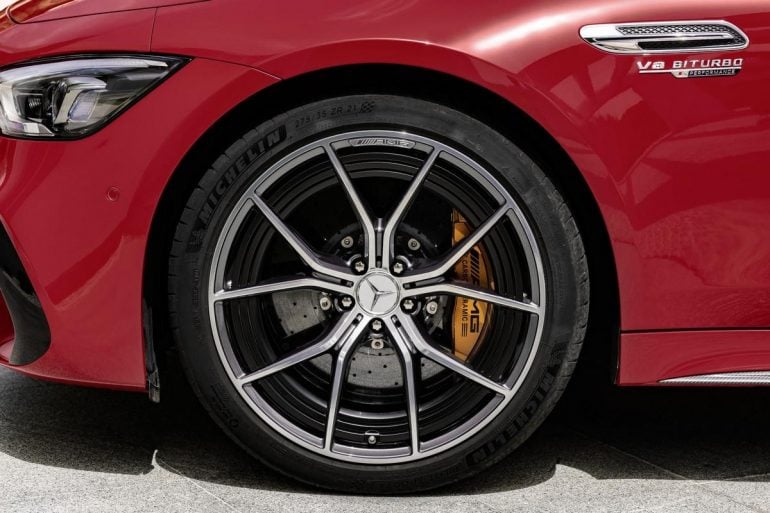 In terms of design, the Mercedes-AMG GT 63 S E Performance doesn’t look a lot different from other variants in the line-up, except for few details. The front bumper design has been tweaked, while a red GT63 S badge on the rear and a “V8 BiTurbo E Performance” badge on the front fenders help differentiate it from the non-hybrid versions. Mercedes has also introduced seven new colors and new 20- and 21-inch wheels for the range-topper. The pricing hasn’t been disclosed as of yet, but it can be north of $200,000. 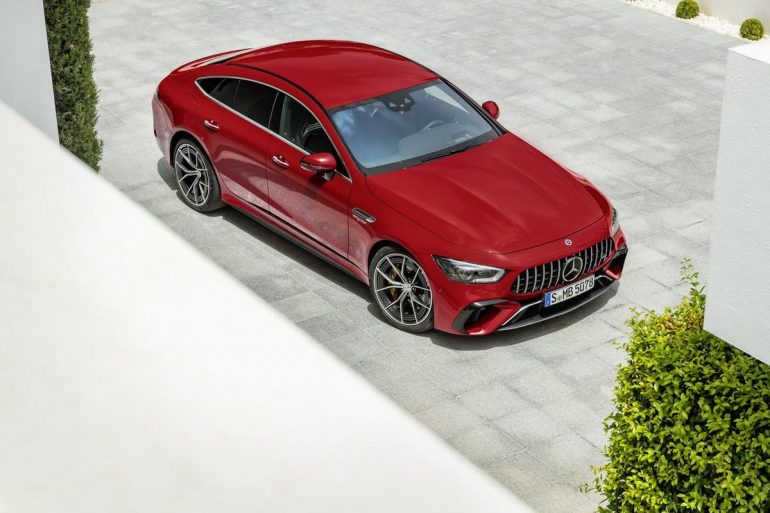 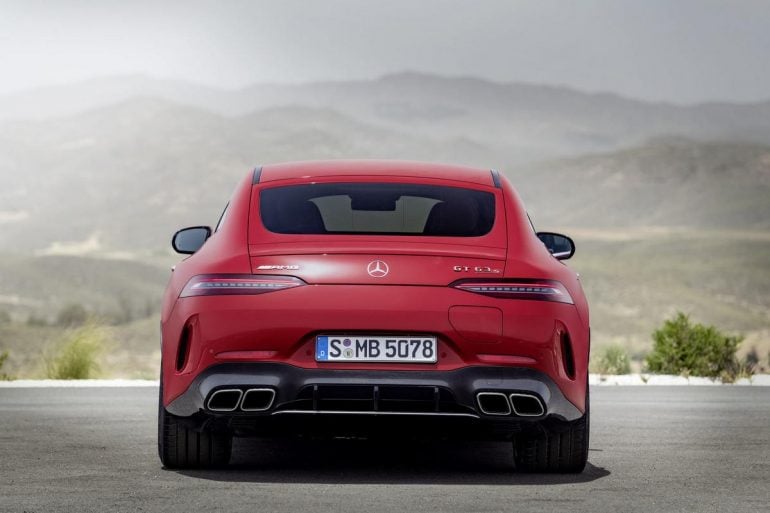 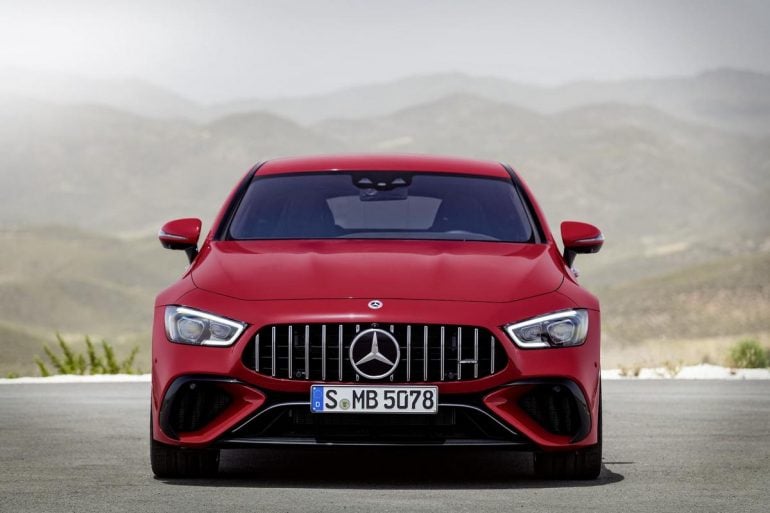 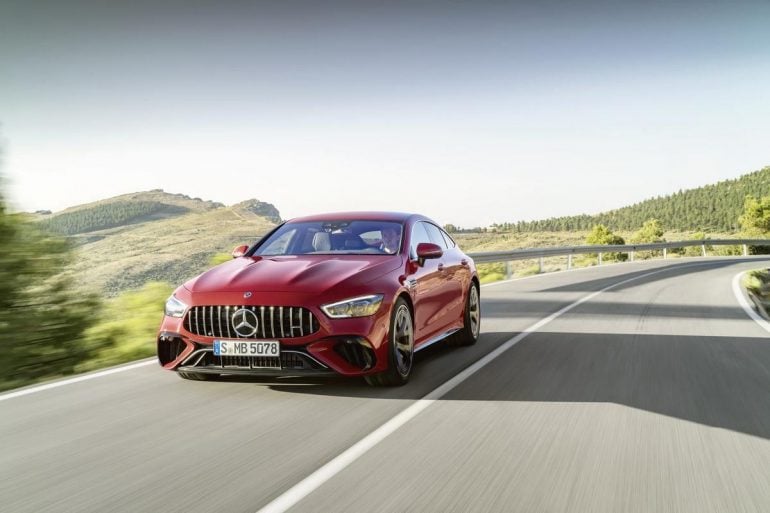 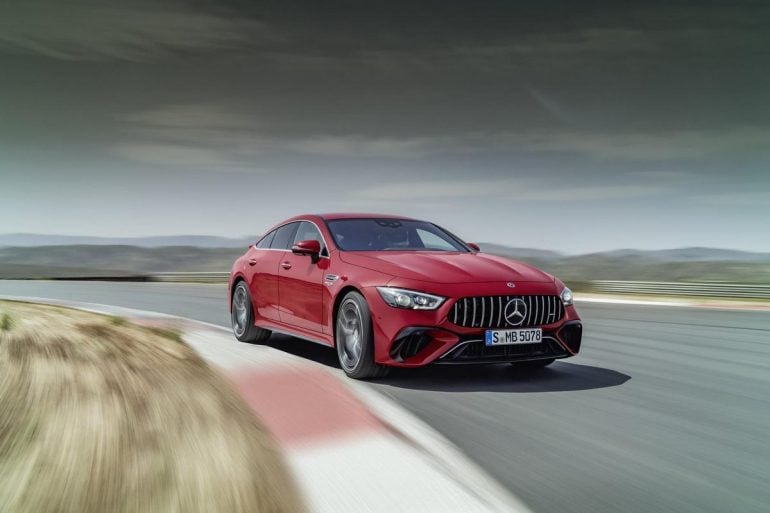 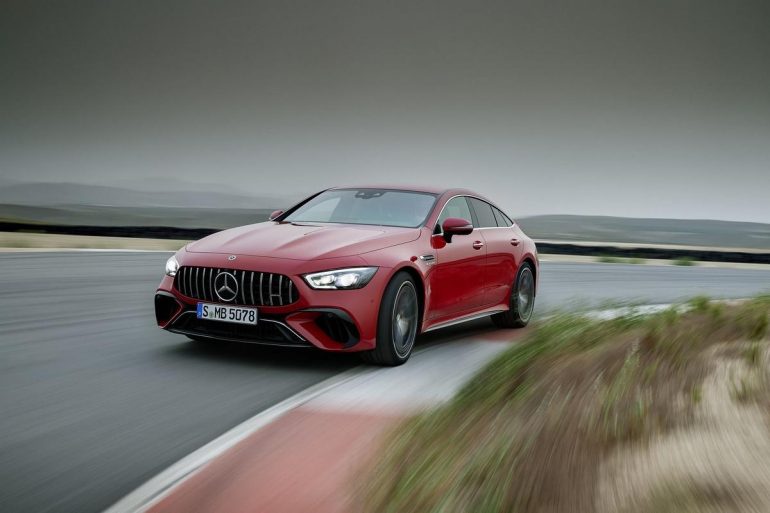 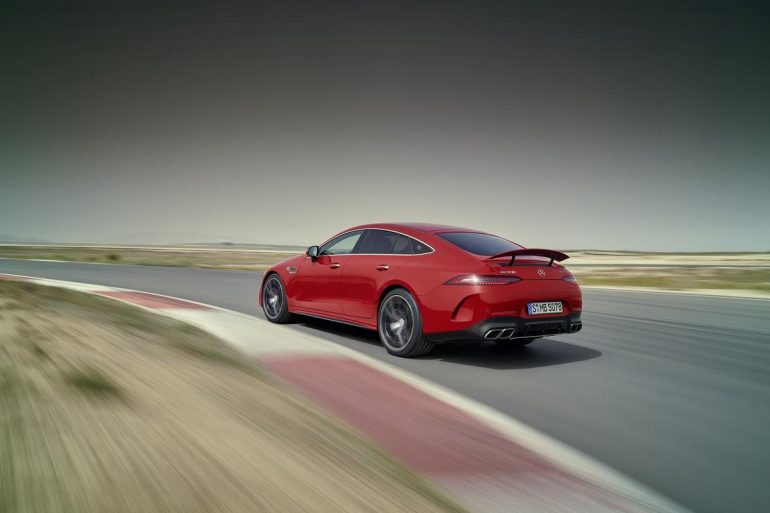 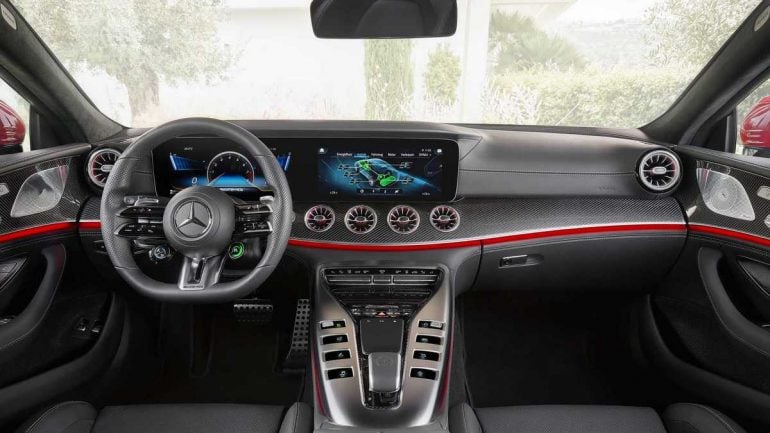 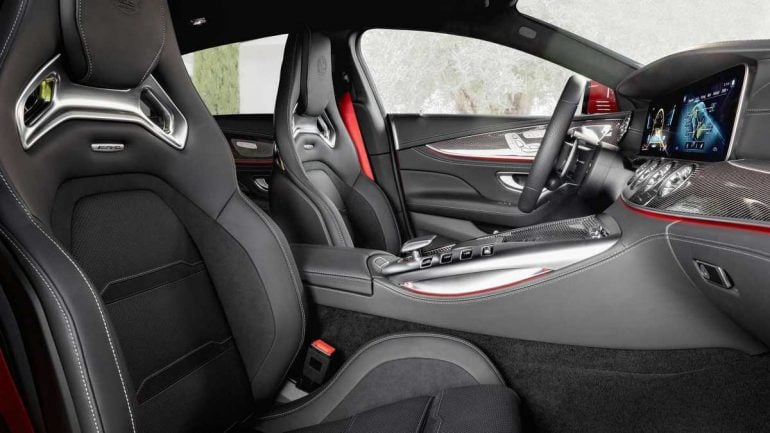 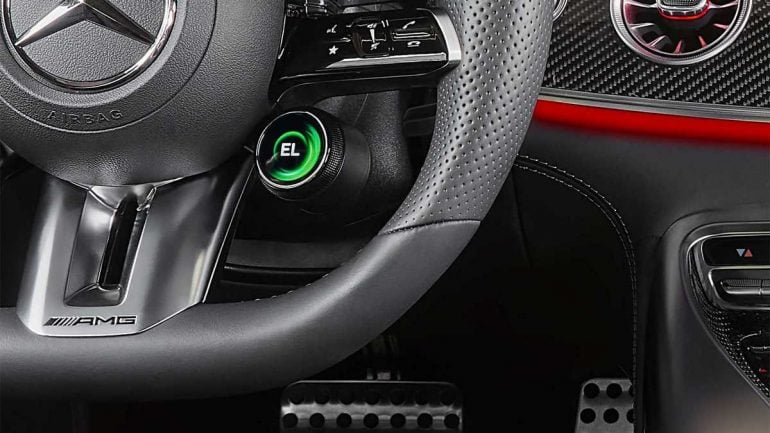 Tags from the story
Hybrid, Mercedes-Benz-AMG