While we eagerly await for Porsche to officially reveal the all-new 992-generation 911 GT3 RS which is scheduled for August 17, the German manufacturer has lifted the veil off the 911 GT3 R race car. Although both the 992-generation 911s have very similar names, the GT3 is a through and through race car that will compete in North America’s IMSA endurance series and will be eligible for the 24 Hours of Le Mans in 2024 for the first time. Yet, amongst all Porsche 911 race cars, it is the most closely aligned with the 911 GT3 RS road car. According to Porsche, development for the 992-generation-based customer race car began in 2019, with the automaker focusing on improving its drivability, streamlining its handling, and reducing its running costs. 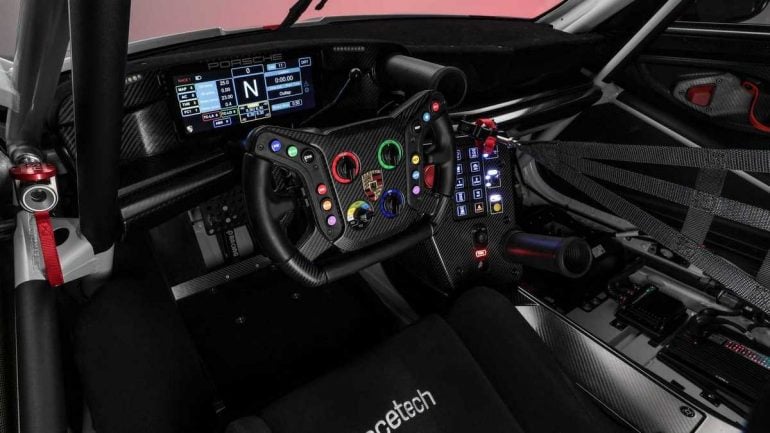 Visually, the new 911 GT3 R race car’s updated design features flared wheel arches, a vented hood, chunky side skirts, a massive rear wing, and a huge diffuser at the back. Porsche says the wheelbase has been extended by 1.9 inches for better stability, while the aluminum-steel composite frame is almost entirely covered in carbon-fiber body panels. The race car is also fitted with a new KW suspension that makes steering more precise and reduces wear on the rear tires. 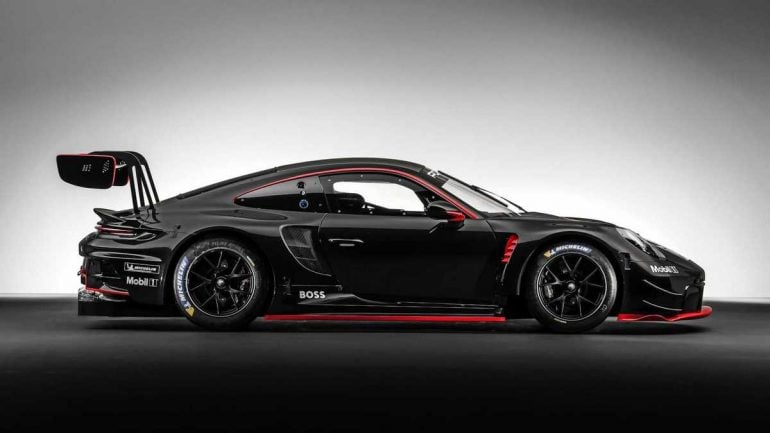 Additionally, the double-wishbone at the front and multi-link at the rear help the car achieve an elevated underbody to aid airflow to the rear diffuser without significantly increasing drag. 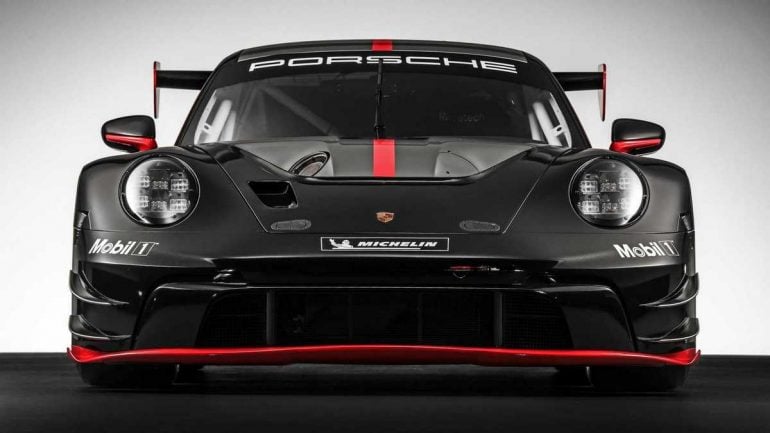 Powering the new 911 GT3 R race car is a new 4.2-liter flat-6 with a broader usable rev band than the predecessor’s 4.0-liter engine. The engine produces 565 horsepower and is leaned forward by 5.5 degrees, allowing for more space for the rear diffuser. The sequential six-speed gearbox has been taken from the GT3 Cup car and has been modified to support more power and higher speeds. 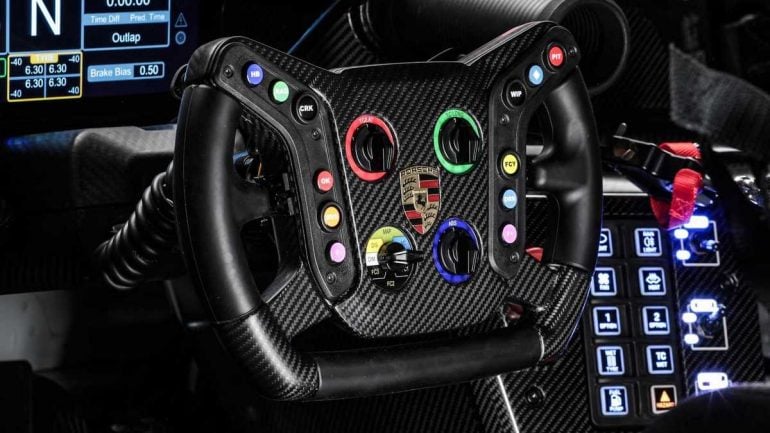 On the inside, the driver’s seat has been moved more toward the center of the vehicle, while the six-point harness has been tweaked and added with new clasps to allow for quicker driver changes during pit stops. There’s also the new 10.3-inch screen that comes from the GT3 Cup car. The 992-generation 911 GT3 R is priced at $567,210 and it’s only available for purchase through Porsche Motorsport North America for customers in the US and Canada. 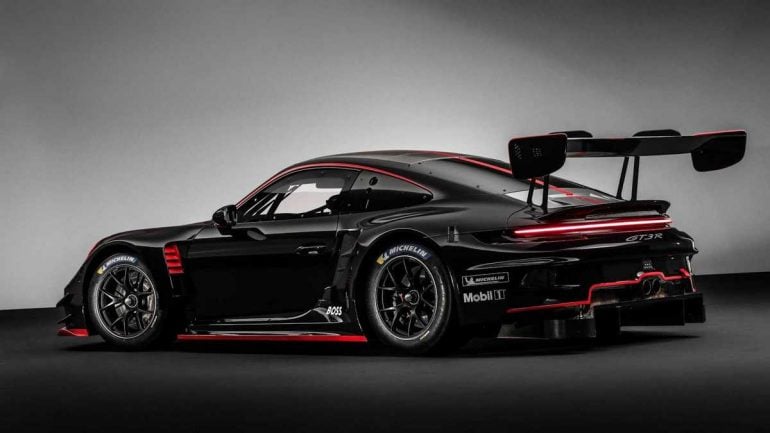 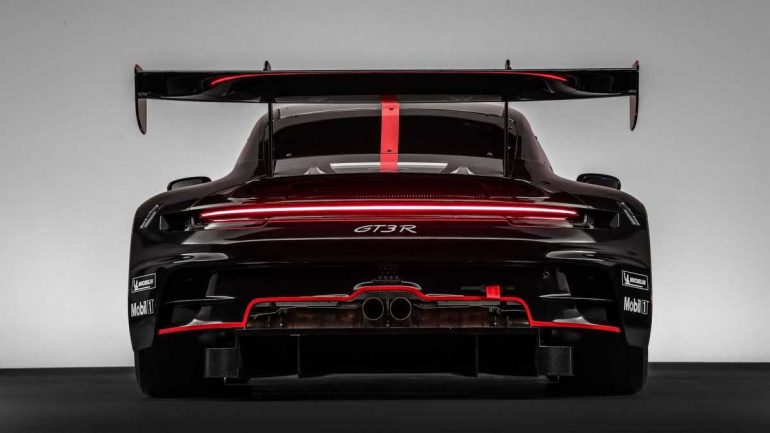 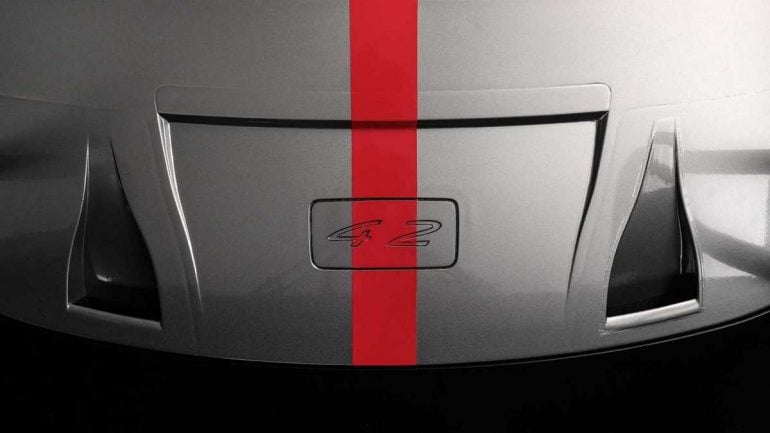 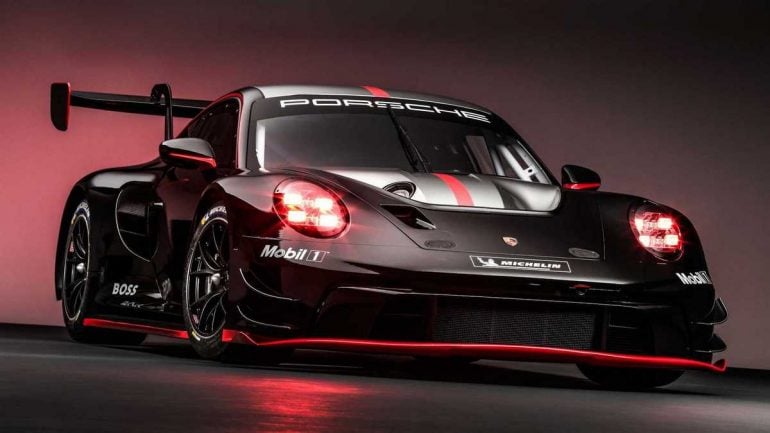 Tags from the story
Porsche-911