Porsche and Embraer have collaborated to create the first of its kind pair of a business jet and sports car. The unique partnership between the German automaker and the Brazilian aircraft manufacturer has spawned a limited-edition pair of the Phenom 300E and a matching 911 Turbo S for well-heeled buyers who expect nothing but the best from everything. If you look closely, the Phenom 300E business jet and the 911 Turbo S have a lot in common. The Phenom 300E is the fastest single-pilot aircraft, while the new Turbo S with a 0-60mph time of 2.2 seconds makes it one of the fastest production cars. Additionally, both are the most revered names in their respective industries. Called Duet, the pair is limited to just 10 units and a starting price of $10.9 million. 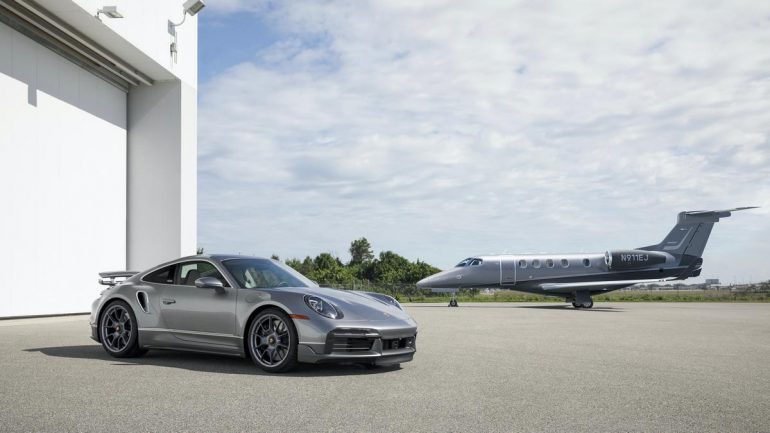 The pair of the limited-run Porsche and the business jet share a unique two-tone paint scheme with a glossy Platinum Silver Metallic color accompanied by a satin gloss Jet Gray Metallic for the lower section, which are separated two trim strips in Brilliant Chrome and Speed Blue. To match the Phenom 300E’s paint process, the Porsche 911 is also hand-painted which is completely unique to this project. A bespoke logo that combines two wings denoting lift for the aircraft and downforce for the sports car can be seen both inside and outside. The pair also gets a custom badge with 10 lines, representing the 10 units that will be built and buyers will get the option of selecting the location of a blue-chip marking their position among the 10 sets. Inside the cabin, the interiors are customized by Porsche’s Manufaktur division taking inspiration from the business jet. Bespoke to the project, the interior configuration includes a two-tone color scheme consisting of black and chalk leathers accentuated by blue stitching, Alcantara headliner, and carbon fiber trim parts. The doorsills also read “No Step,” just like the warning sign on a plane’s wing. Mechanically, both the jet and the Porsche are identical to the models they are based on. The duo has already started accepting orders and deliveries are expected to begin in early 2021. 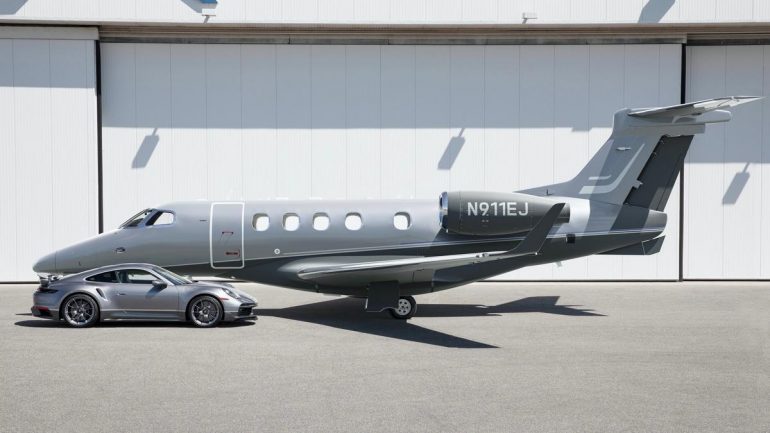 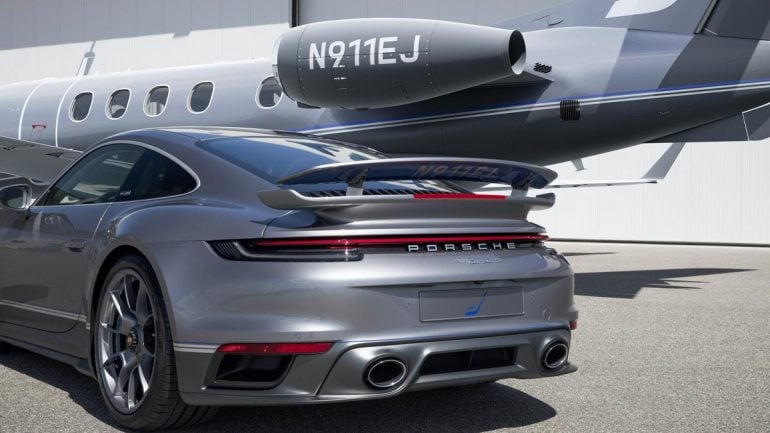 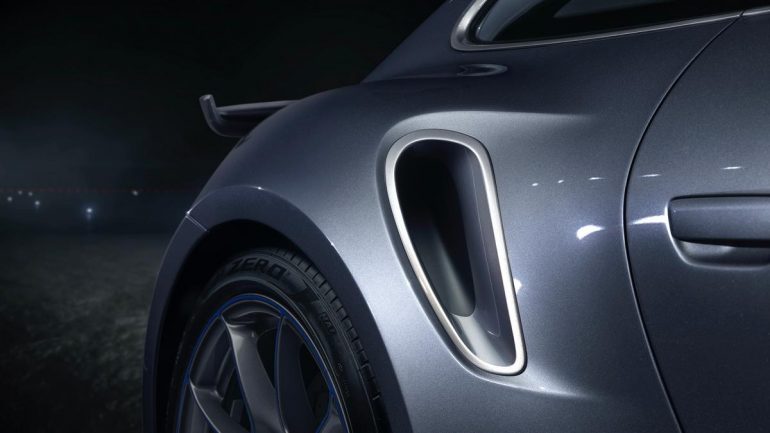 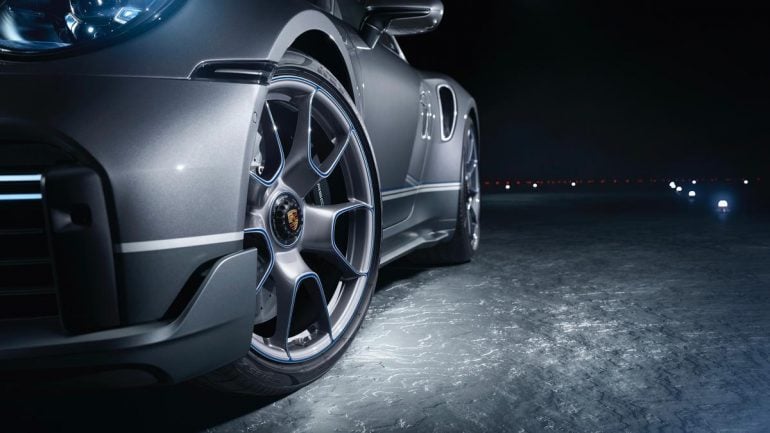 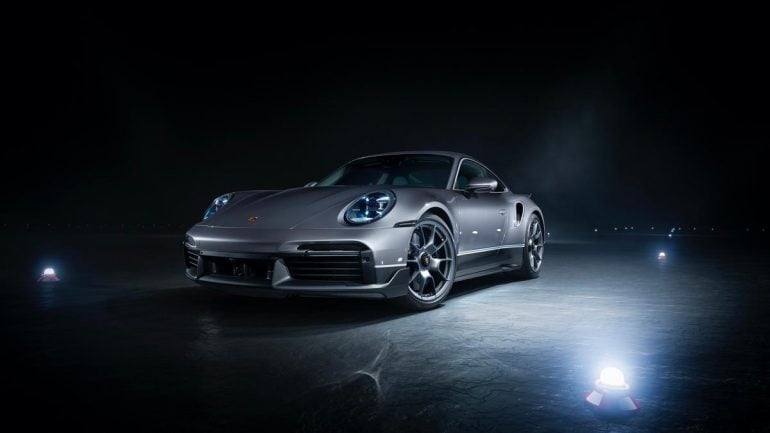 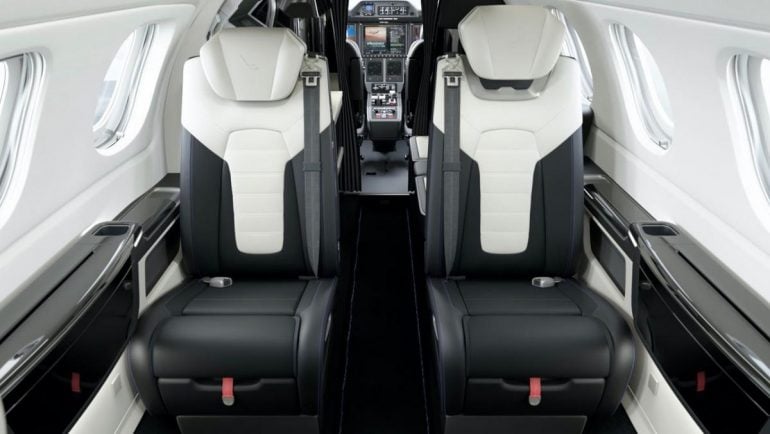 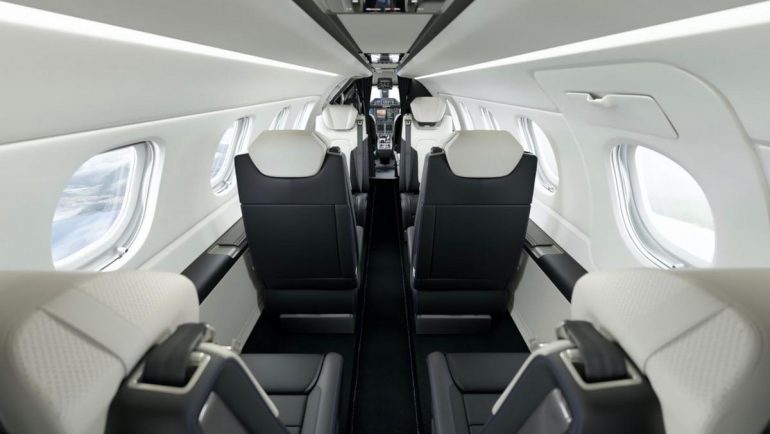 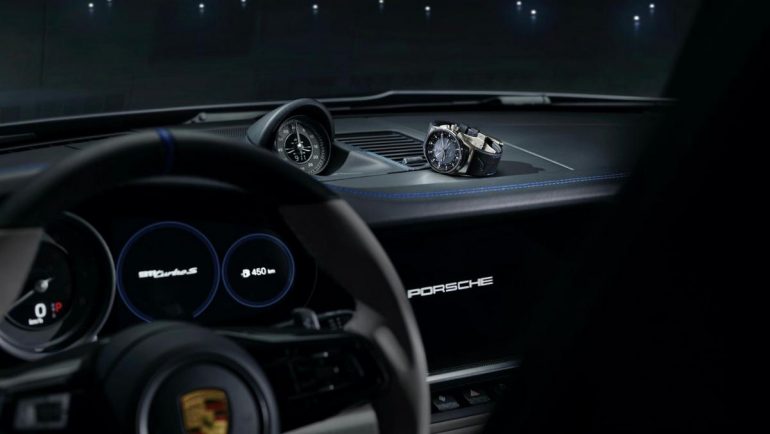 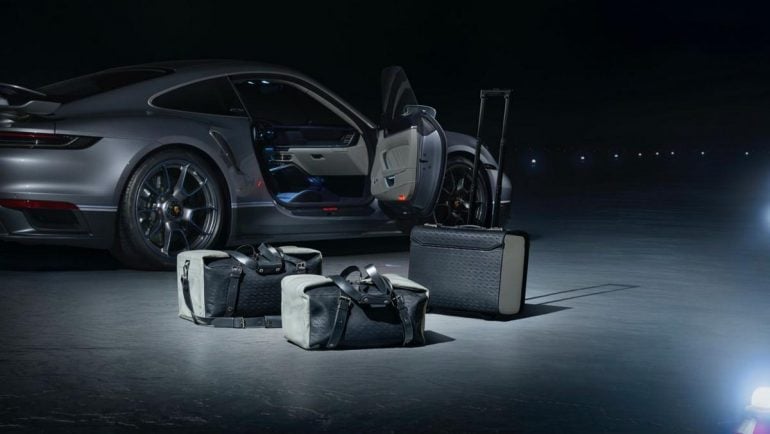 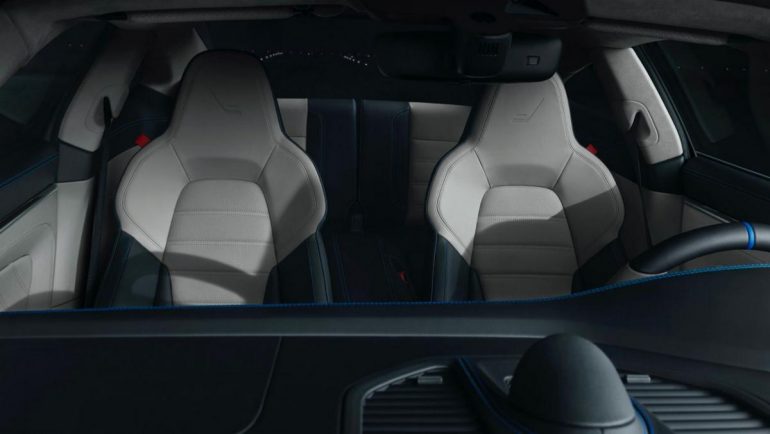 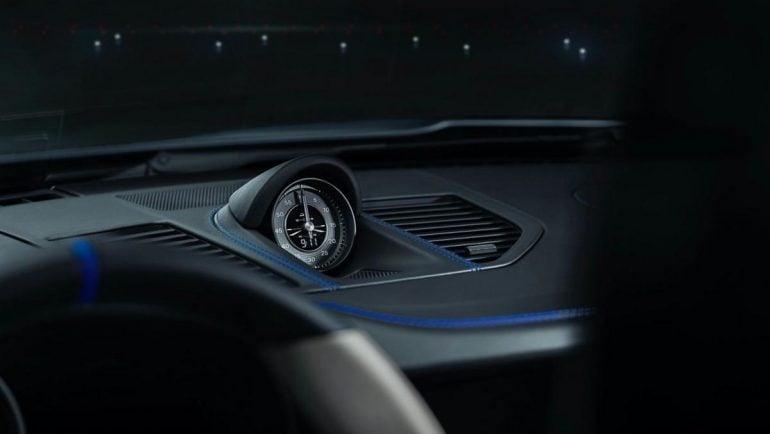 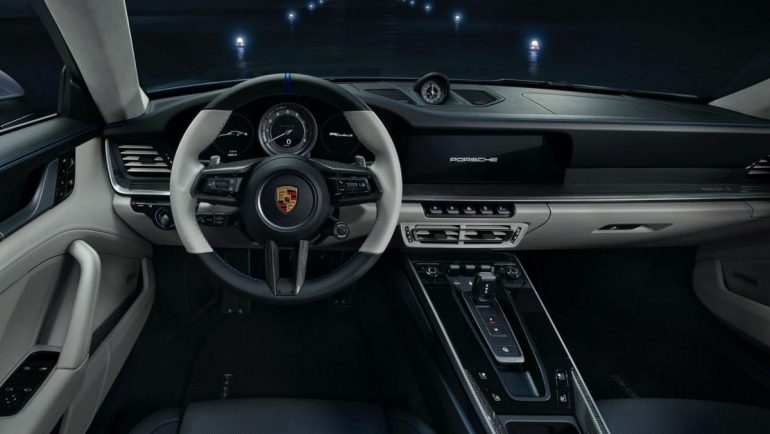 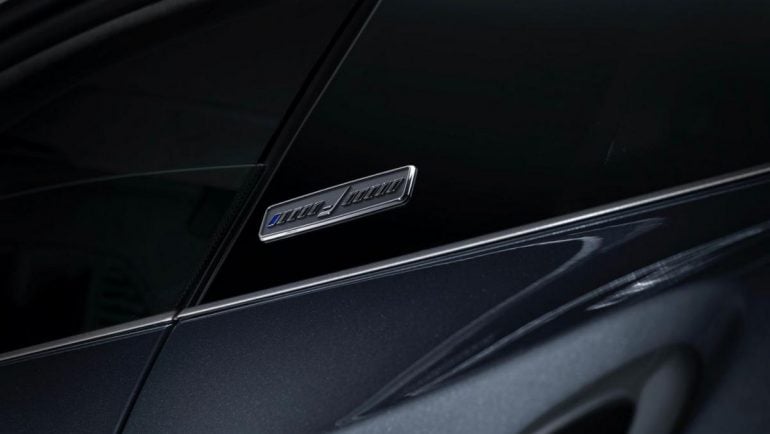