It looks like Donald Trump’s isn’t as decadent as it used to be. It’s been close to two months since Biden was inaugurated as the 46th president of the United States, and it was expected that Trump will return to his usual hedonistic lifestyle. But, the ex-President of the United States was recently spotted by the DailyMail in NYC boarding a run-of-the-mill private jet, which is a huge contrast compared to Air Force One. We don’t expect the former commander-in-chief to get any more rides on presidential Boeing 747 anymore, but one must not forget that Trump has always maintained a fleet of luxury jets, including the infamous Trump Force One. But then what led to this massive downgrade for Trump?

It turns out the $100 million Boeing 757-200, informally called the Trump Force One, was in constant use by The Trump Organization for executive trips until 2019. However, the business jet that was originally owned by Microsoft co-founder Paul Allen was repositioned to Newburgh-Stewart International Airport, where it has been placed in long-term storage. It is said that Donald Trump was so sure of his second term in office that he thought that he won’t need the aircraft for another four years. This left the Boeing 757 in need of major repairs, including the need for a Rolls-Royce RB211 engine. The Business jet with the obnoxious black livery needs to fly to Lake Charles, Louisiana, for repairs. This situation left Trump stuck with his mundane Cessna business jet to fly around the country. Make no mistake, the 8-seater Cessna Citation X is an incredible aircraft. Until the Gulfstream G650, it was the fastest private jet, capable of reaching 700 miles per hour. However, it’s no Air Force One or the decadent Trump Force One. 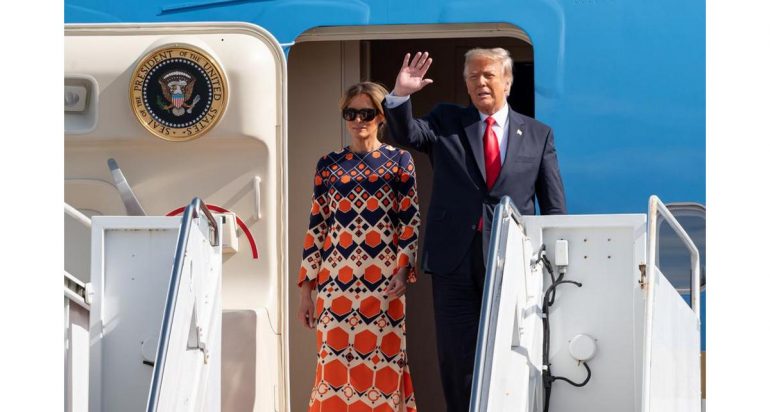